More than 100,000 men in Mozambique will be circumcised to help stop the spread of sexually transmitted infections (STIs), including HIV and AIDS.

Efforts will be focused in the districts of Ato-Molocue, Ile, and Gurue, where circumcision is uncommon, according to health authorities from the central province of Zambezia.

This is the second stage of a campaign that involved the circumcision of 84,000 men in Zambezia, one of the most populated regions of Mozambique, last year.

According to the World Health Organization (WHO), male circumcision reduces the risk of straight men getting HIV by up to 60 per cent.

The delicate foreskin easily tears and is therefore highly vulnerable to HIV infection. It is the main route the virus enters a man’s body during intercourse. 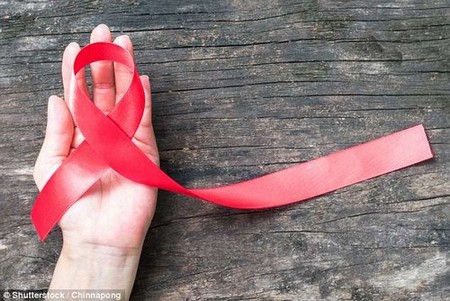 Over 100,000 men in Mozambique will be circumcised to help stop the spread of AIDS (stock)

HOW DOES MALE CIRCUMCISION PREVENT THE SPREAD OF HIV?

Male circumcision is the surgical removal of the foreskin, which is highly vulnerable to HIV infection.

This is due to the foreskin being delicate and therefore tearing easily during sex, which allows the virus to enter the body.

Tears also cause inflammation, which can further increase the risk of HIV transmission.

There is also a higher concentration of cells, known as Langerhans, in the foreskin, which is what HIV tends to infect.

HIV-infected fluids can also become trapped under the foreskin and remain there after intercourse.

The World Health Organization recommends voluntary adult male circumcision as a method to prevent HIV transmission in places where its prevalence is more than 15 per cent.

Male circumcision reduces heterosexual men’s risk of HIV by up to 60 per cent but does not protect women or homosexual males.

Zambezia’s governor Dr Abdul Razak, who is backing the campaign, told Standard Digital: ‘Male circumcision and other measures are used to prevent diseases, such as HIV/Aids.

‘They don’t cure the patient.’

This comes after health officials revealed last November Europe’s HIV epidemic is growing at an ‘alarming pace’ as infection rates reached their highest level in 2016 since records began.

Last year, around 160,000 people contracted HIV, which causes AIDS, in 53 European countries, according to a report by the WHO and the European Centre for Disease Prevention and Control (ECDC).

According to the report, this increase was ‘mainly driven by the continuing upward trend in the East’, which accounts for around 80 per cent of Europe’s cases.

Zsuzsanna Jakab, European regional director of the WHO, said: ‘This is the highest number of cases recorded in one year. If this trend persists, we will not be able to achieve the target of ending the HIV epidemic by 2030.’

Past findings suggest HIV rates are rising in eastern Europe, particularly in those over 50 who inject illegal drugs, due to a lack of awareness campaigns on the infection’s risks or how to prevent transmission.

Scientists edge a step closer to a HIV cure

Last July, research suggested scientists may be one step closer to developing a cure for HIV.

An injection may soon be available that prevents the virus spreading and could rid sufferers of the infection, a study implies.

Researchers, which included scientists from Texas A&M University, injected cows with HIV, all of which developed an immune response within as little as 35 days, the study found.

When the immune cells of the cows were analysed, one in particular was found to bind to a key site on HIV that the virus uses to spread infection, the research adds.

The researchers believe such immune cells could be incorporated into an injection to neutralise HIV in infected humans.

Currently, there is no cure for HIV, with patients usually being required to take lifelong medication that causes nausea, diarrhea and insomnia.