Starting middle school classes at 8.37am could help pre-teens get more sleep and be more awake during their morning lessons, a US study suggests.

Starting school 37 minutes later in the morning, compared with other schools that began at 8am, gave students an average 17 additional minutes of sleep per weeknight, the study team reports in the Journal of School Health.

The team concluded this age group is naturally wired to stay up later than is appropriate for an 8am start time. 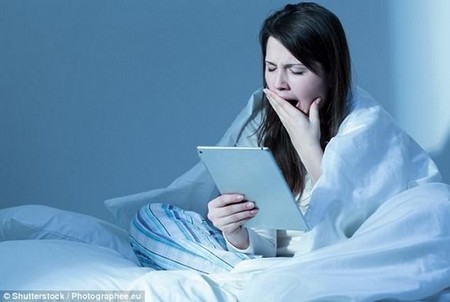 Starting school at 8.37am, not 8am, gave students an average 17 extra minutes of sleep a night and left kids more awake in class, the study team reports in the Journal of School Health

‘Although the evidence is growing to start schools later for teens in high school, few studies have looked at middle schools,’ said lead author Deborah Temkin, director of education research for Child Trends in Bethesda, Maryland, a non-profit research organization.

The American Academy of Pediatrics recommends that teenagers get an average nine hours of sleep per night ‘to promote optimal health.’

However, about three-fourths of US high school students get less than eight hours of sleep, according to the Centers for Disease Control and Prevention.

‘Some districts have changed their start times but they’ve done so at the detriment of middle schoolers by delaying high schools but moving middle schools earlier,’ Temkin said in a telephone interview.

The researchers analyzed data on 11 middle schools in a large suburban mid-Atlantic school district during the 2014-2015 academic year.

Eight of the schools, with only seventh and eighth grade students, had later start times around 8am, and three schools with seventh through twelfth graders started classes around 7.23am.

Students also rated their daytime sleepiness and described instances when they struggled to stay awake or fell asleep during the day.

Average bedtime for all students was around 10pm on weekdays and 11pm on weekends.

They were also less likely to fall asleep during the day or to struggle through afterschool activities.

‘Now we need to think about what those 17 minutes mean,’ Temkin said. ‘Is that pressing ‘snooze’ two times on your phone, or is it more meaningful sleep?’

Students gained about one extra minute of sleep for every two-minute delay in school, the study authors note.

‘To hit the recommended nine hours of sleep, school start times may have to move to 9.30am or later, which may not be feasible for many districts.’

Still, the cumulative effect of an extra 17 minutes per day of sleep – about 85 minutes per week – could be helpful for students, said Mary Carskadon of Brown University’s Sleep for Science Research Lab in Providence, Rhode Island, who wasn’t involved in the study.

‘It’s the first step on a long road,’ she said. ‘If we can’t start with small steps, how are we going to get to the end of our journey?’

Carskadon and colleagues are studying whether increasing light in school classrooms in the morning can help sleepy middle schoolers.

By changing the light at school, districts can help circadian rhythms, even if they can’t control bedtimes at home, she said.

Researchers want to know if starting schools later can also improve health outcomes for students, said Kyla Wahlstrom of the University of Minnesota in Minneapolis, who wasn’t involved in the study.

Lack of sleep in teens, for instance, has been linked to higher alcohol use, substance abuse, depression, suicide and car crashes, she said.

‘Another issue is that kids who are sleep deprived tend to be snackers and more sedentary. Sleep is tied to healthy eating and exercise,’ Wahlstrom said in a telephone interivew.

‘This is a movement that is clearly in every state in this country and is about more than just academic performance,’ she said.

‘Changing start times may not be a one-size-fits-all solution for districts, but many people are realizing that it’s a protective action to help teens reduce risky behavior.’

Lily Collins on truly finding herself, turning her back on old habits Emily In Paris 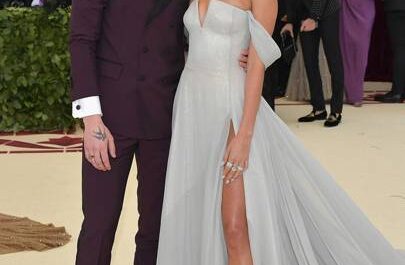