Collaboration across disciplines and cultures can elevate even the most humble of items. For menswear designer Emily Bode and furniture studio Green River Project LLC cofounders Aaron Aujla and Ben Bloomstein, whose Collection III launched last week during New York Fashion Week: Men’s, that form this time around was the simple folding screen, which got new life from historic references and modern collaboration.

Collection III began with a 1930s era screen, which struck Bode as the perfect way to synthesize her skill with textiles and Aujla’s Indian heritage. The resulting collection mines Aujla’s personal family history for references, exploring bamboo and other natural materials as well as handwoven Khadi cloth in silk and cotton, Bengalese embroidery, and referential iconography like birds and dancing figures.

It’s a quiet evolution from the trio’s previous collaborative effort, a collection of 12” stools made of found African mahogany with Bode-upholstered cushions in various prints that showed at Collective Design. (That launch was fêted by gallerist and AD stylist Michael Bargo at an event where guests – including Athena Calderone, Camilla Deterre, and Ashley Olsen – each walked away with their own stool.) 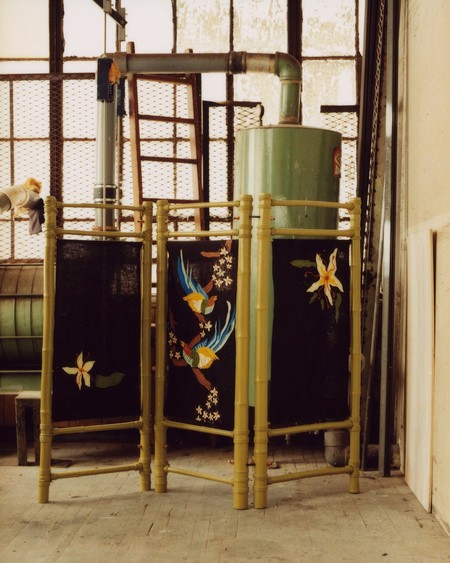 The screens also happen to be conveniently apartment-sized, the perfect height for concealing an AC unit, Aujla notes. Of the nine screens produced for Collection III, many bear embroidered motifs that speak to the overarching themes in Bode’s menswear for the season, which was photographed and styled by the same creative team behind the furniture lookbook. Some of the fabrics are transliterated from one design vernacular to the other: a diagonally stitched sari pattern in stripes of green, red and yellow, can be yours as furniture and/or a bowling shirt. Less expectedly, one bird motif corresponds to the soundtrack of Indian field sounds and bird calls that was used in Bode’s SS19 presentation.

A sari pattern, also available as a shirt.

The history of the Khadi cloth was another major point of reference. “Khadi production was a cottage industry that brought manufacturing back to India,” says Bode; Khadi has historical ties to the peaceful revolution in pre-independent India. Fittingly, fabrics for the collection were produced in government-subsidized mills as well as Khadi weaving studios in West Bengal and Punjab, putting Bode’s manufacturing network to use to elucidate the latent historicity of Aujla’s artistic practice. “I see what Emily does as a studio practice,” says Aujla. “It’s not like she gave us sketches and asked for a response – it’s a conversation. It’s about finding a material and then taking it to your studio and coming up with a solution. We worked for artists for ten years, so the way we approach making furniture is the way we would make sculpture.”

For her part, Bode sees her work as worldmaking rather than fashion. “It’s not just about doing looks – it’s about the whole universe, so furniture made sense,” she says. Each designer’s aesthetic impulses feed into an ongoing dialogue about beauty and functionality, and how to merge those things through bespoke production. The collaboration speaks to the power of sourcing and synergy; finding one thing and, through creative alchemy, turning it into something else altogether. 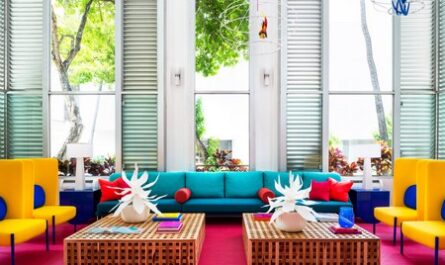 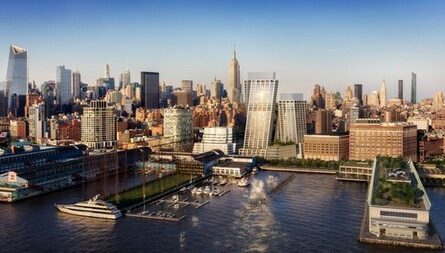