The Mission Chinese Food founder and chef talks about how his personal style has evolved, his new (healthy) approach to shopping and the similarities between the fashion and food industries.

We all buy clothes, but no two people shop the same. It can be a social experience, and a deeply personal one; at times, it can be impulsive and entertaining, at others, purpose-driven, a chore. Where do you shop? When do you shop? How do you decide what you need, how much to spend and what’s “you”? These are some of the questions we’re putting to prominent figures in our column “How I Shop.”

If you’re not familiar with Danny Bowien, stream his “Mind of a Chef” episodes on Facebook Watch immediately. (Then find yourself at his Mission Chinese Food restaurant in either San Francisco or New York and order the mapo tofu.) If you already know who Bowien is, chances are his memorable, constantly changing style has stuck with you, whether it was his long, bleached hair, signature glasses, growing stock of tattoos or his affinity towards New York designers and SoulCycle merch.

As much as the fashion industry cycles through obsessions – and, according to the chef himself, the food world, too – so does Bowien’s wardrobe tastes. Though, his interest and involvement in fashion kickstarted only seven years ago when he moved from the West Coast to New York. These days, you can spot Bowien front row at an Eckhaus Latta runway show, supporting his designer friends Sandy Liang and Telfar Clemens, modeling in indie magazine editorials or copping the latest Supreme drop. “I’m still determining what style means to me and what fashion means to me and how I consume it,” he tells Fashionista. We’re excited to see where his sartorial journey will take him next.

In the middle of launching his new Mission Chinese location in Brooklyn’s Bushwick, we spoke to Bowien about how his personal style has evolved, his new (healthy) approach to shopping and the similarities between the fashion and food industries.

“My personal style is evolving, and I say that in the most casual, least serious way. As a chef, you go through waves, and my career path has been driven by obsession. Sometimes in healthy ways and sometimes in not healthy ways. Now, I’m trying to focus on it being healthy. Chefs are obsessed with finding something – or for me, something that I really love and using it to my benefit until I find something else.

That’s what fashion is and can be for a lot of people, too, and certainly that is for me. There’s been times in my life where I’ll use retail therapy as a way to kind of escape or a distraction from life. This time a few years ago, even last year, I might have been head-to-toe in a certain label – just obsessing over certain things – and, to me, that’s changing considerably. I don’t really have these moments where I have to have something and I have to go seek it out. There are certain things that I do seek out but it’s not about having the ‘It’ thing of the moment for me as much as it used to be. Though I still do have an appreciation for it. 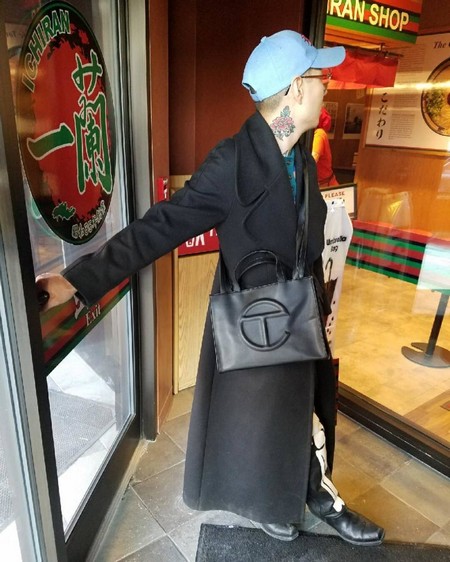 I’ve been living in New York for seven years and I’ve changed a lot since coming here. I was working in the food industry; all I did and all I knew was food. I was obsessive about food and it was very tunnel vision. I didn’t look outside of my industry for influence. But New York rubs off on you, like having a sense of style and being able to be comfortable and carry yourself without having a lot of regard as to what people might think of how you present yourself. I really like that about New York – being able to be an individual and who you’d like to be.

I don’t really shop online. For me, shopping is a very sensory experience. I like feeling clothes and touching it and trying it on. I like the experience of picking something up and getting it. If I were to go to a department store, I would go to Dover Street Market, Totokaelo or Opening Ceremony. Those kinds of places. Supreme is always crazy but amazing. I don’t find myself going uptown to Barneys as often as I used to.

I don’t really have a lot of time right now to do a lot of shopping and I don’t try to make time. I kind of just do it whenever I want to, when I feel right. I used to kind of feel impulsive so I try to not make shopping an impulsive thing. And I know that’s all contradictory. I haven’t been doing a ton of shopping lately just because I’m very aware how it can be an obsessive thing for me at least. I find it fun to shop a lot for my son, Mino. It’s more cost-effective to shop for a four-year-old but also, they grow so quickly out of their clothes. I’m definitely being careful about not trying to live vicariously through my child. I’m not trying to dress him because I want something. 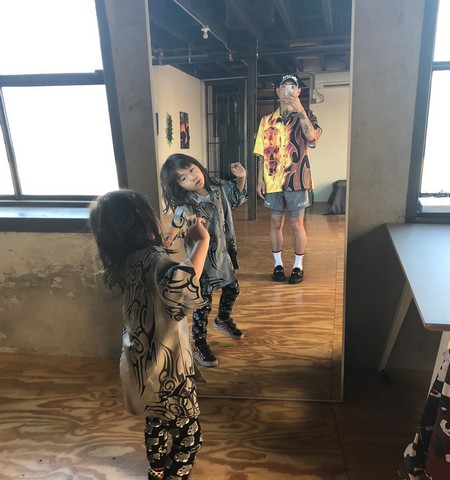 I’m opening a new restaurant in Bushwick, so I’m not really spending a lot of money on fashion right now. And with working in Bushwick more rather than at my Lower East Side location, I’m not running into the same people – and brands like Telfar, Eckhaus Latta and Sandy Liang – in my neighborhood that I ran into a lot. It’s just interesting how I really have been able to cultivate a relationship with them. Designers who are closer to home are things that I’m really into right now, as opposed to picking up something like Vetements.

Obviously it’s fun to follow Supreme and what they’re doing. I’m kind of new to that. It’s very ‘chef-y’ in a way, too. For a long time I worked in restaurants in California where I worked at a lot of farm-to-table restaurants and every day the menu would change based on what was available. I feel like just seeing how fashion is following the path of that, especially with Supreme and seeing all their drops, it’s really cool to watch that happen. It’s also been cool forming a relationship with them and having people that work there come in for dinner at Mission Chinese Food. It’s been a dream being able to host creatives who do things that you look up to and that you admire. 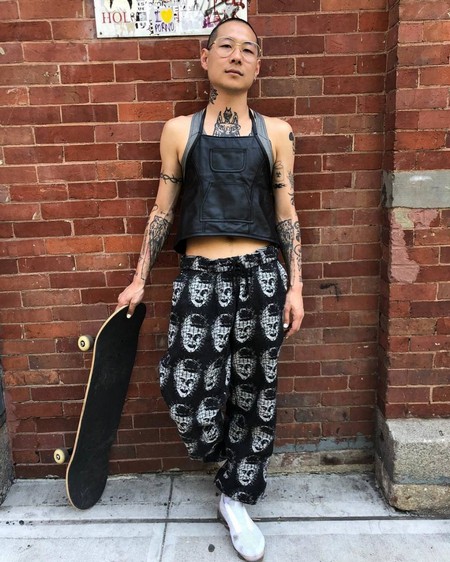 Supreme and Kith – those are two heavily influential brands. Constantly having to know your market to an extent and having a sense of freedom to do whatever. Having the finger on the pulse but also being true to yourself – that’s what I love about those brands. It’s very current and it’s not really trying to be derivative of another brand. They’re just doing their own thing and it’s really awesome.

I find inspiration in places other than just food – just to broaden my perspective on it. I really enjoy being a part of someone else’s creative process if I can be. I like getting to know designers and commiserating with them because our industries are very subjective and heavily based upon opinion and what people think. What I love about fashion are the parallels. It’s very similar to food where things are very cyclical. It’s all about seasonality in ways. You’re always thinking ahead and that’s what I really like about it.”

As More Americans Work From Home, These Chic Brands Are Ready to Dress Them