CBS is the original home of American reality TV, as the network that brought us such icons as Survivor and Big Brother. In recent years, though, it’s ceded its throne to a slew of talent- and dating-based reality competitions.

With the announcement that the network has acquired the rights to Love Island, however, it looks like the Eye network is back with a vengeance! If you’re wondering if this show is for you – or what all the fuss is about – we’ve got all the info you need.

No, it’s not a remake of The Love Boat but set on an island. Essentially, it’s a bit of a blend between Survivor and The Bachelor. Contestants are sent to a tropical island for the duration of the show, where they have to pair up in order to avoid elimination. Episodes revolve around a wide variety of tasks, from strategy games to romantic ones. All the while, home audiences vote live on eliminations. It’s an import from the UK’s ITV2 network, where it’s aired five seasons and counting.

Would you enjoy Love Island? Well, that depends. Do you have very strong opinions about who gets the roses on The Bachelor, and then follow your faves over to Bachelor in Paradise? Do you secretly (or not-so-secretly) love the cheesy competitions on Big Brother? Do you love voting for your favorites on The Voice and Dancing With The Stars? Do you still miss the beloved reality shows Paradise Hotel and Temptation Island?

If any of these are a “yes” for you, then Love Island might be for you! Although there’s a “game” component to the show, it’s the “finding love” part that’s the main focus – think Bachelor in Paradise or Are You The One?.

Why People Are Buzzing

At first glance, it might seem like Love Island is just another in a long line of dating reality shows. We’ve got plenty of those, so what sets this one apart? According to David George, CEO of ITV’s American branch, it’s the show’s unique blend of romance, strategy, and audience interactivity. Have you ever wanted to “vote off” that one really annoying contestant on The Bachelorette? This show gives you a chance to do something pretty similar, with audiences voting on some of the eliminations.

“As a format, Love Island breaks the mold with high levels of viewer interactivity and participation that influence the content of the show in a way that’s extremely addictive.”

Besides the format of the show, it’s coming to America with a history that’s nothing to sniff at. The British version has lasted for five seasons, with more to come, and is the most-watched program in ITV2’s history. (It’s also on several nights a week, so it’s quite a time investment.) Contestants on the UK version have become pop culture celebrities, and watching the show live has become something of a national phenomenon. It’s easy to imagine American audiences reacting the same way!

A debut for Love Island has yet to be announced. In the meantime, you can catch up on the UK version, streaming now on Hulu. 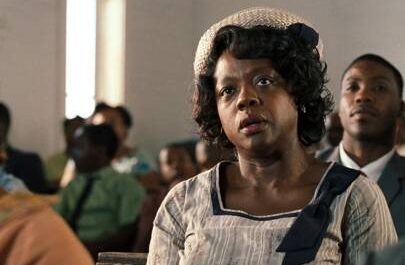 Selena Gomez Sings About Anxiety, and Exes With Julia Michaels