When the theme is religion and the location is as grand as they come, it seems like the ideal time to propose to one’s beloved right?

Well, the rapper 2 Chainz seemed to think so. He dropped to one knee on the steps of the Met Gala 2018 red carpet to pop the question to his long-term girlfriend, Kesha Ward.

But hey, if you saw Pope Rihanna IRL wouldn’t you just want to declare your love in the most public of ways? Subtle and over the top, just what we like!

Following the ‘yes,’ moment Kesha was seen to place the ring on her ring finger and flash it to the world’s gathered media. At least you wouldn’t have to worry about getting that long sought after engagement shot, right?

Wearing Versace for the occasion, 2 Chainz said to the waiting media that he only decided to ask his girlfriend the all-important question, ‘just a minute before.’ So divine inspiration really did take over him, then.

Ward is the mother of his three children, Heaven, Harmony and Halo which is SO Met Ball 2018 too! The family is also very close with none other than the Kardashian-West’s clan with the two rapping broods posing for snaps during play dates on social media.

These are the super flattering jeans you keep seeing on Instagram 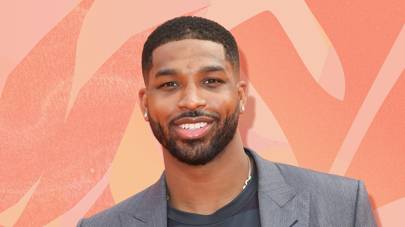