But before we let ourselves get too excited, we spoke to a few experts to figure out if the science actually backs up these claims.

Algae is already commonly used in cosmetics, skin care, and a bunch of other industries as a thickening agent.

But now, certain types of algae – like spirulina – are being treated like trendy ingredients that can supposedly bring big benefits (including the possibility of an algae-derived sunscreen!).

So, what kind of algae are we talking about, exactly?

Algae, which can be big like sea kelp or tiny enough to be microscopic, are chlorophyll-containing organisms found in the ocean. But it’s estimated that there are over 70,000 species of algae out there – and that’s not including the many “extracts” that may be called algae on the front of a skin-care bottle. So, uh, we might need to get a little more specific.

“It’s a really huge category that we’re talking about and it’s hard to narrow down what skin-care companies are trying to aim for,” Evan Rieder, M.D., assistant professor in the Ronald O. Perelman department of dermatology at NYU Langone Health, tells SELF. That’s why the skin-care industry has so far focused its efforts on a few of the most common types of algae. 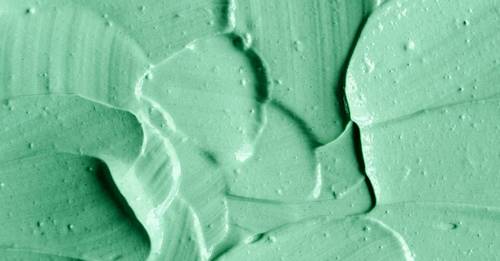 And, in practice, only a few algae species have actually been studied for possible use in cosmetic products anyway. That includes the three major classes of macroalgae (a.k.a. seaweed), which are brown (sea kelp), green, and red. It also includes different types of microalgae, such as spirulina, a type of blue-green algae, and chlorella, a green algae. Each of these has its own set of skin-care claims to go with it, including everything from possible antioxidant benefits, to moisturizing and anti-aging powers, all the way to UV protection.

“It’s one of the hottest ingredients out there right now,” Binh Ngo, M.D., clinical associate professor of dermatology (clinician educator), Keck School of Medicine of USC, tells SELF. “There’s a lot of claims out there that it can do this and do that, but you have to look at the evidence.”

Is there any evidence that these can be beneficial for skin?

Although there are some studies looking at the possible skin benefits of algae in humans, the research we have is generally limited to laboratory and animal studies, Dr. Rieder says. But there are some interesting things to uncover.

For instance, in a study published in 2013 in the International Journal of Biological Macromolecules, researchers looked at the potential for compounds extracted from five different types of algae to absorb and retain moisture, something that could obviously be useful in skin care. They examined how much water the algae – which included three different types of green algae, one type of red algae, and one type of brown algae – would absorb when dry and how well it would then retain it over time. Their results showed that the brown algae extract, which had the lowest molecular weight, did the best. In fact, the results were even better than hyaluronic acid, a common skin-care ingredient that’s known for its powerful humectant effect.

However, this study was done in the lab – not on actual human skin. So, we don’t know if these extracts would do the same thing for your face.

Next up is spirulina, a species of blue-green algae (which is technically a type of cyanobacteria and, therefore, not a true algae), which already has a fair amount of wellness hype around it. For a study published in Clinical Pharmacology Biopharmaceutics in 2015, researchers had 40 female subjects apply a gel cream to their faces twice a day for 28 days. They were sorted into two age groups (18-39 and 40-60) and two treatment groups (half got a gel cream that actually contained the spirulina extract while the other have got a control cream).

After the 28-day study period, the researchers found that those who received the spirulina cream did show more water retention in the outer layer of the skin compared to those who got the control cream. But the effect was only statistically significant in the older age group. So, if there is any hydration effect thanks to this type of algae, those with more mature skin may see the most benefit.

There’s also some evidence to suggest that some types of algae can be used to manage hyperpigmentation through a particular mechanism: One major step in the body’s production of melanin depends on tyrosinase, an enzyme. And compounds extracted from brown algae have been shown to inhibit tyrosinase in animal studies. But, again, human studies are lacking here.

Algae is also interesting because several species have their own natural methods of protecting themselves from UV radiation, something that could obviously also benefit humans. In particular, research has shown that cyanobacteria and other types of algae can produce compounds called mycosporin-like amino acids (MAAs), which can absorb UV rays similar to the way that chemical sunscreen ingredients work. However, that doesn’t mean you can swap out your usual SPF for an algae cream.
And how about those antioxidant claims? Well, some types of algae do contain compounds like carotenoids and vitamin E, which are known to be antioxidants, meaning they can manage free radicals that, in high amounts, would otherwise cause damage to the body. But whether or not a cosmetic cream actually contains useful amounts of those compounds usually isn’t clear.

Being able to protect against UV rays and act as an antioxidant “can theoretically protect collagen and keep the skin from aging,” Dr. Rieder says, which is pretty promising. Still, there aren’t any studies that conclusively prove algae can do these things – and certainly not do them better than the FDA-approved options we already have. Of course, algae could very well be a beneficial skin-care ingredient, but we don’t have the evidence to really prove that right now.

So, should you actually use algae skin-care products?

The supposed benefits of algae for skin are pretty much endless. And if you try a product, like it, and can use it without any issues, then there’s no problem with continuing to use it. But none of the claims around algae for skin have been fully vetted with large-scale clinical trials. Plus, for every possible benefit of algae, we probably already have something on the market that we do know more about.

Considering that some of these products can be exceptionally expensive – here’s a $300 tub of cult-favorite La Mer cream for no particular reason – you may want to really think before spending your money on these over more fully tested options, Dr. Ngo advises. “This is one of the areas where we still need more studies coming out,” she says, “and whether or not the price is actually justified is still up for debate.”

Also, those with sensitive skin should be sure to use algae-containing products with care because there are reports of some species causing irritation, Dr. Rieder says.

Ultimately, algae is a trendy skin-care ingredient that we’re still learning a lot about. If you’re interested in trying it, know that not all algae is the same – and you may have better luck getting the results you’re after with something we know more about. But, if you have any questions about finding the right products for your skin, talk to a board-certified dermatologist for some guidance.

Fettuccine and Tagliatelle Are Not the Same Thing. .. Right?

I Crash Dieted a Few Weeks Before My Wedding