On weeknights, I am all about the boneless, skinless chicken thighs. They’re easy to prepare and always end up juicy no matter how they’re cooked.

Elise makes a recipe for Moroccan chicken using the slow cooker that is absolutely fantastic, but I wanted to adapt it for the pressure cooker so I could make it at a moment’s notice on a busy weeknight. 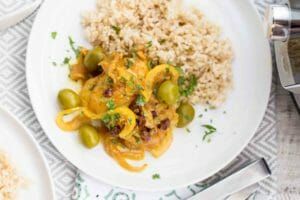 What is Ras el Hanout?

In her slow cooker version of this recipe, Elise describes the spice blend used in her recipe as “more spices than you would ever think you could use at once.” She’s talking about Ras el Hanout, a typical blend of spices used in a lot of Moroccan cuisine – and she’s right!

Ras el hanout is a blend of sweet and savory spices including paprika, cumin, coriander, cinnamon, among others. You can buy pre-mixed ras el hanout spice blends, but in the recipe below, I’ve listed out the individual spices in case you can’t find it. 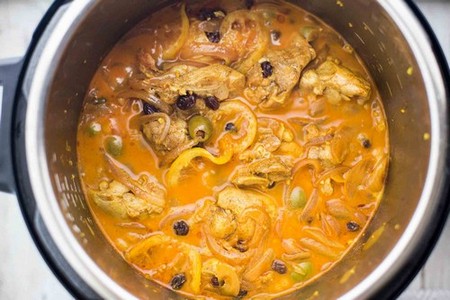 Moroccan Chicken in the Pressure Cooker

To adapt Elise’s recipe for the pressure cooker (I love my Instant Pot!), I started off by sautéing the onions and garlic for a few minutes, then stirring in the spices to release their complex aromas.

What to Serve with Moroccan Chicken

You can do a quick pressure release and serve the chicken right away, of course, but this recipe also does fine if you need to leave it on the warm setting for a little while, although after an hour or two, the texture of the chicken might become overly soft.

Serve the chicken thighs with rice, couscous, riced cauliflower, or zucchini noodles for an easy meal. 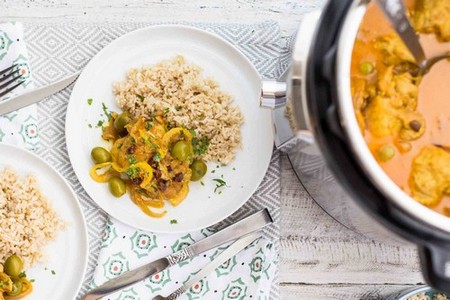 Bonus Tip! Use the Pot-in-Pot Method to Cook Rice

This recipe works well if you want to cook the rice along with the chicken using what is called the “pot-in-pot” method! Here’s what to do:

For stovetop pressure cookers: Follow the instructions as written, but decrease pressure cooking time to 12 minutes.

For pot-in-pot method of cooking rice alongside this dish: See headnotes.

Recipe tester notes: This recipe also works just as well with black olives or with golden raisins. Next time, I might sprinkle some chopped almonds on top, as well! ~Emma

1 Make the spice blend: In a small bowl, stir together the spices and salt.

2 Cook the onions, garlic, and spices: Select your pressure cooker’s “Sauté” setting and heat the olive oil. Add the onion and garlic and cook until the onions are softened and the garlic is beginning to brown, about 5 minutes. Stir in the spices and cook for one more minute. 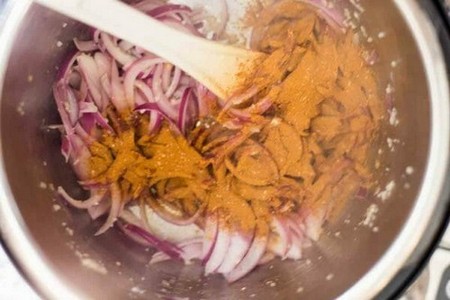 3 Add the remaining ingredients and pressure cook: Pour in the chicken broth and scrape the bottom of the pot release any browned spices. Stir in the olives, raisins, lemon slices, and chicken thighs.

Secure the lid on the pressure cooker and make sure the pressure release valve is set to its “Sealing” position. Select the “Poultry,” “Manual” or “Pressure Cook” setting, and set the time to 15 minutes at high pressure. 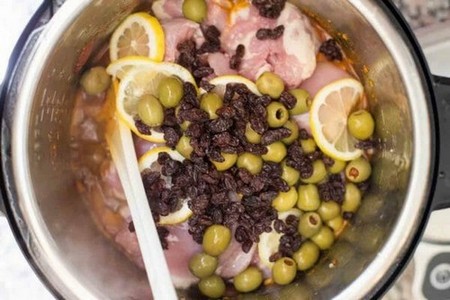 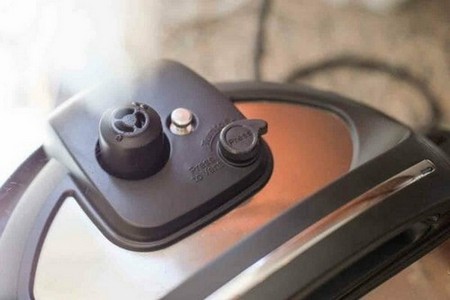 4 Serve: Sprinkle the chicken with chopped cilantro and/or parsley, and serve it with rice, couscous, riced cauliflower, or zucchini noodles. 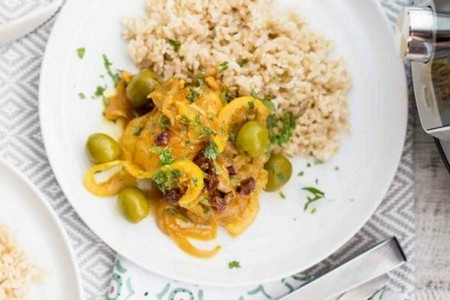 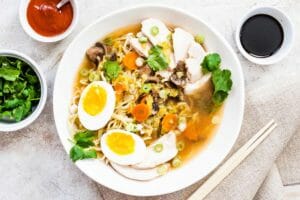