Cosmology has come a long way since Edwin Hubble determined the rate of cosmic expansion around 90 years ago. Since the 1990s, multiple independent techniques have converged on values much lower than Hubble’s. They differ by less than 10%, but the differences seem to be statistically significant (3.7 standard deviations). Innovative techniques, including the detection of gravitational waves from stellar collisions such as one that astronomers witnessed last August, should settle the question in the next few years. The answer could contain some new and unexpected physics.

In our expanding Universe, a galaxy’s rate of recession from our own can be measured easily from its redshift – how much its light waves stretch as they travel, owing to the expansion of the intervening space. The difficult part is measuring the galaxy’s distance. With his early techniques, Hubble discovered that most galaxies seem to recede at a rate proportional to their distance. His ‘Hubble constant’ quantifies that proportion. Today’s state-of-the-art observations suggest that, on average, galaxies’ speeds increase by 73.5 kilometres per second for every megaparsec (3.26 million light years) of distance. Thus, for example, galaxies 100 megaparsecs away recede at around 7,350 km s−1. 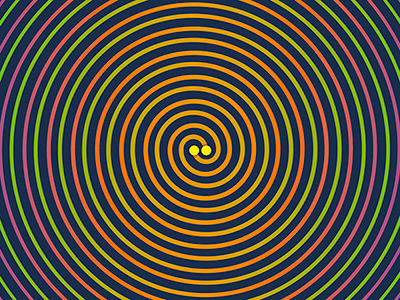 This value of the Hubble constant comes from observing stars that act as standard candles. These have known intrinsic brightness, so their distance can be estimated from how bright they look in the sky. But the value of 73.5 clashes with the 66.9 estimated in 2015 by cosmologists who mapped the cosmic microwave background – the relic radiation from the Big Bang – using the Planck observatory of the European Space Agency (ESA). The discrepancy could still turn out to be caused by unknown artefacts of the measuring techniques, but both camps say that they are increasingly confident in their results.

The Planck estimate relies on what is known as the standard model of cosmology. It makes assumptions regarding the composition of the Universe, and in particular the content of dark matter and the nature of dark energy, the mysterious driver of the acceleration of the cosmic expansion. So, if the discrepancy holds up, it could point to entirely new physics, implying that dark matter is stranger than physicists had assumed, or that the effects of dark energy change with time.

By contrast, some wonder whether standard candles might not be as reliable as astronomers think. This month, another ESA mission, the Gaia telescope, will release a 3D map of the Milky Way that has unprecedented precision and depth, and will help astronomers test the reliability of these cosmic signposts. But, ideally, astronomers would like to have more direct ways of measuring distances outside our Galaxy.

Enter gravitational waves. These stand ready to address some classic astronomical challenges with strong new evidence, as described in a News Feature this week. They might also help to resolve the issues surrounding the cosmic expansion. Health warning: these possibilities are speculative and controversial.

When two cosmic orbs – such as the neutron stars seen merging last August – spiral into each other, they emit gravitational waves that carry information about their distance, constituting a ‘standard siren’. This enabled physicists at the US-based Laser Interferometer Gravitational-Wave Observatory (LIGO) to calculate the Hubble constant. They obtained a value of 70, smack in the middle of the standard-candle and cosmic-microwave-background estimates. LIGO’s data point has a large margin of error, but, as researchers collect more of these events, the results might end up leaning conclusively one way or the other.

Ultimately, gravitational waves could enable researchers to measure not just the current cosmic expansion, but also how the rate of expansion has evolved over the aeons. Two upcoming ESA projects will help enormously, especially if they get to fly at the same time, as many researchers hope. The gravitational-wave detector LISA (Laser Interferometer Space Antenna) should detect mergers of black holes across the Universe’s history. And some astronomers anticipate that the X-ray observatory Athena (Advanced Telescope for High-Energy Astrophysics) might pick up photons from the same events and help researchers find the corresponding galaxies’ redshifts – although others consider this a long shot.

Mapping standard sirens in this way should shed light on the nature of dark energy – cosmologists’ most coveted goal. They hope that it will provide hints about the future of the Universe. Predictions for an infinitely long-lasting future are outside the realm of science. But cosmologists could still work out whether cosmic expansion will continue to accelerate for the foreseeable future, or whether that acceleration might increase, stop or perhaps reverse. 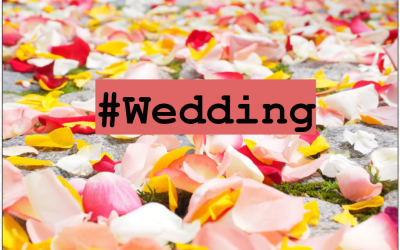