Water polo has a nasty reputation as a sport not for the weak of heart. Combine grueling endurance swims with underwater physicality (even violence) between opponents, and it can be a sport that turns out athletes forged as stainless steel, impossibly strong and comfortable in water.

Perhaps unsurprisingly, this is to where the legend of Ross Edgley can be traced back. Now a best-selling author and fitness professional, Edgley has found a commonality in a series of seemingly disparate fitness challenges and world record attempts.

The common thread through his adventures and implausible achievements is the demand to push himself as close as possible to the limit of what the human body can endure and the desire to use these ideas to raise money for charity.

Edgley has brought a scientific approach to the fitness community, earning a degree from the world renowned Loughborough University School of Sport, Exercise and Health Sciences. While he’s proven to be a pioneer in the science of physical training, and worked with world class athletes, it’s in his own implausible ideas that Edgley truly grabs the world’s attention. 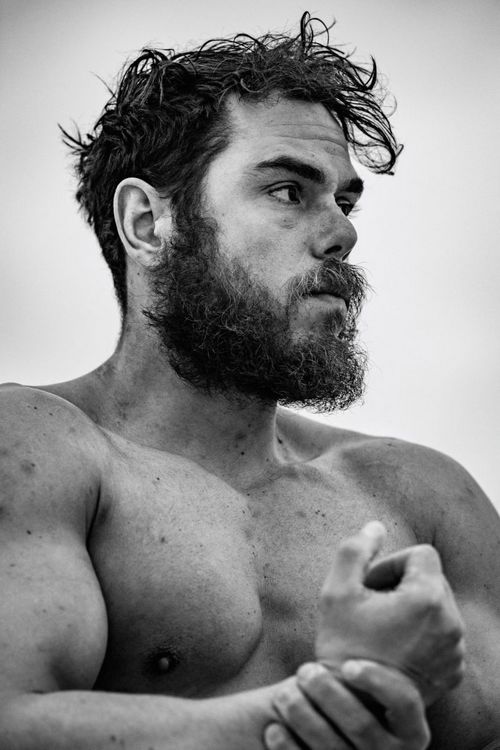 For instance, while many people train to run a marathon for charity, he decided he’d run a marathon while pulling a 1,400 kg Mini Countryman vehicle behind him (he finished the 26.2 miles in less than 20 hours) to raise money for noble causes.

Perhaps one can best understand Edgley, his goals and motivations, by how he reacted to this World’s Strongest Marathon effort (and its charitable impact), telling Redbull.com that the marathon “raised lots of money for charity, but it also left me with this newly acquired work capacity. A few hours in the weights room or pounding the pavement no longer seemed as fun. So I rang the Teenage Cancer Trust. Bought a rope. Found a tree. Then put a date in the diary.”

What came next was equally superhuman, as Edgley set out to climb a 33-ft. rope as many times as it took to ascend the height of Mt. Everest. But just like pulling a car 26.2 miles, Edgley achieved the seemingly impossible, albeit burning through two sets of shoes and 10 pairs of gloves during the roughly 24 hours it took him to climb the 29,029-ft. height of Mt. Everest. 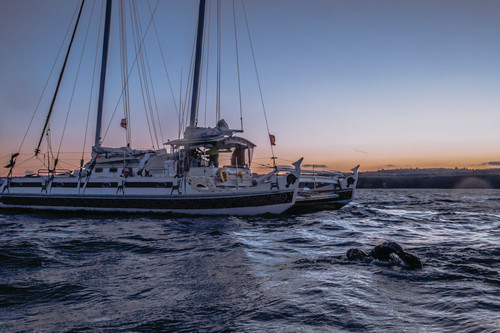 Shortly thereafter Edgley brought his tenacity and dedication from the gym back to the water, establishing himself in the sport of Strongman Swimming. This activity (torture?) consists of long-distance endurance swimming, with the added fun of pulling a 100-lb. log along with you every step, or stroke, of the way.

Edgley, navigating treacherous waters in the Caribbean filled with jellyfish, sharks and other not-so-inviting residents, completed 25 miles between the islands of Martinique and St. Lucia. Consuming some 15,000 calories a day to maintain his energy level, Edgley admitted how unusual the training and diet regime had to be.

“It’s also worth noting that I had to eat a lot – Strongman Swimming was really just an eating competition with a little bit of swimming to fuel the insane hours needed to become good at it!”

Upon completion, Edgley still felt there were more, and bigger, challenges ahead of him. But even he might not have predicted success on his most recent aquatic adventure. Edgley set out to swim around the entirety of Great Britain, not only a great distance, but far less comfortable water than the warmer seas he had found in the Caribbean. 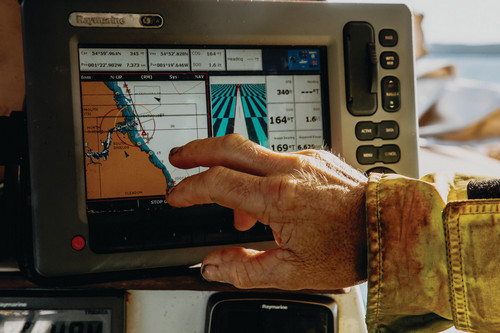 After all, his Strongman Swim had taken its toll. Spending extended time in salt water causes salt mouth, which causes the throat and tongue to become inflamed, not ideal when needing to continuously consume calories.

Furthermore, each small wave taken head on was like getting punched over and over for hours on end. Hands and feet become tattered, like the nightmarish version of a child’s wrinkly fingertips in the bathtub.

Simply put, as impressive an endurance challenge as Edgley created physically and from a fitness perspective, likely the most challenging aspect was enduring the discomfort, pain and misery encountered during his 157 days of swimming in the ocean around mainland Great Britain.

On November 4th, 2018, as Edgley reached Margate and the end of his circumnavigation of Great Britain, it was a celebration that few could honestly have predicted, especially with the challenges involved. Facing nearly 2,000 miles of water, coupled with cold and unforgiving weather, never mind the torturous cohabitation of that water with stinging jellyfish, would strain even the toughest humans.

Edgley admits it was no different for him, as he balanced six-hour stints in the water, often swimming two of these sessions in a day, while ensuring proper nutrition (up to 15,000 calories a day) and rest (he slept on a boat that shadowed him on his journey, returning to the water in the same spot from which he emerged). 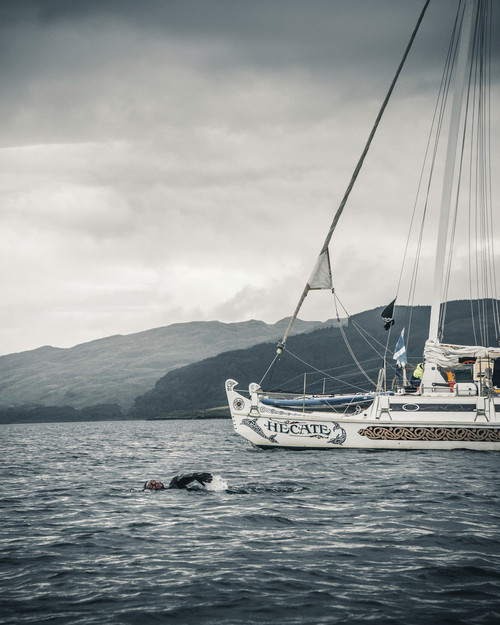 Towards the end of the trip, the sea really began to take its toll on the young Brit, to the point where he was losing pieces of his tongue to the salt water exposure, never mind the constant treatment needed to keep his hands and feet functional enough to even attempt finishing the swim.

So it was with much relief that the world witnessed Edgley approach Margate, his starting point as well as finish line, after 157 days at sea. As he completed the absurd physical achievement, he was clearly a man beaten up by the ocean, beaten up by the sun, beaten up by exposure and jellyfish and salt water facepunches. 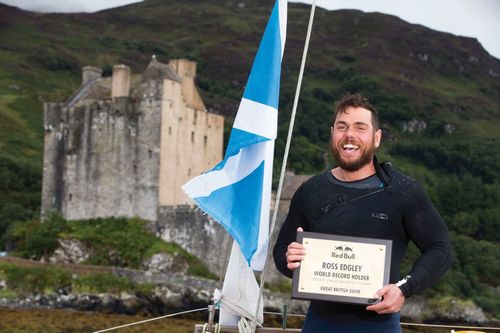 But, as has been the case throughout the extraordinary career, Ross Edgley might have been beaten up, but he was never beaten.

Elsa Hosk Poses Topless While Wearing $35,000 Worth of Jewelry