Although the long-rumored High School Musical 4 has yet to come to fruition, we have news of the next best thing: a High School Musical TV show. Disney is rebooting the beloved series – well, technically – for its brand-new streaming service, and this time around, things are getting meta.

For starters, the show’s name is High School Musical: The Musical, and it will be shot docu-style as the story plays out over the course of 10 episodes. And, if you haven’t guessed it already, the students at East High who decide to put on a musical for their Winter theater production don’t pick Grease or Guys and Dolls; they’re putting on the High School Musical. Confused yet?

According to The Hollywood Reporter, the series will follow the students as they “realize that as much drama happens off-stage as on stage.” What’s more, every episode will feature a brand-new rendition of a song from the first film, along with an original song.

High School Musical: The Musical is being executive produced by Tim Federle and Oliver Goldstick, the latter of whom worked on Freeform’s Pretty Little Liars and therefore knows his way around teenage drama. The cast has yet to be decided, but casting director Julie Ashton is on the hunt for eight series regular roles. Think you have what it takes to star in the new show? 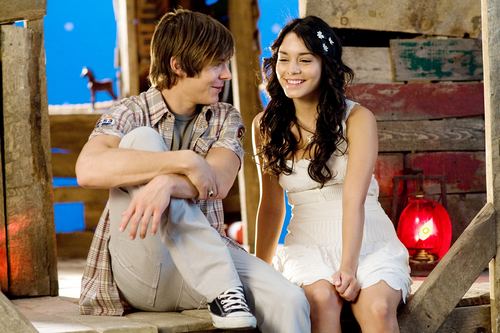 Check out the descriptions for the three lead characters, below.

There’s still no official release date for the show, but since Disney’s streaming service is set to launch sometime in early 2019, you can bet a premiere date will be around the same time.

Happy Death Day Was Originally Supposed, to Have a Completely Different Ending

The Sad Truth, Sometimes Divorce Is the Best Option