Fun fact of the day – Zara has been around longer than you thought. The first store opened in northern Spain in 1975, eventually landing in the UK in 1998. That’s right, our favourite high street hero has been here a whopping 22 years this year. Anyone else surprised by that?

And now, we have some very exciting news because since our obsession for all things 90s shows ZERO signs of slowing down, the new Zara collection is re-living it all for us.

The high street giant has dropped 14 iconic pieces as part of its archive collection and we are seriously lusting after every single one. While they’re not exact replicas, they’ve been re-imagined with the modern wearer in mind, so you can be sure they’ll work with other pieces in your wardrobe. 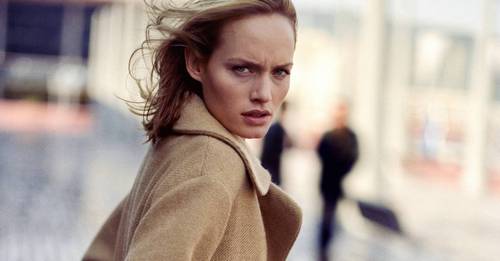 As part of the launch, the brand re-released some of their famous archive campaign imagery that inspired the new drop starring Kate Moss (fall 2003) Stella Tennant (spring 2011) and Amber Valletta (fall 1997, winter 1996 and winter 1998) looking unbelievably cool. Basically, how we wanted to look in the 90s but didn’t.

For the drop, expect a spaghetti black dress, slick black leather separates and a cool jumpsuit alongside a classic crisp white shirt, some sharp tailoring and square toe leather boots. The great thing is, although they’re all inspired by the 90s and Noughties, these pieces are so versatile and timeless they will easily slot into your 2020 looks RN

This Is the Only Makeup Primer Steph Has Ever Liked