One star who unfortunately won’t be returning is Lily James. She has, however, confirmed she will eagerly be awaiting its release. “I’m so excited for it – I’m going to be front row,” said Lily, who originally starred on the show as Lady Rose MacClare.

The cast: who’s coming back?

All of the original cast will descend upon the fictional Yorkshire Estate, including Michelle Dockery as Lady Mary Crawley, Laura Carmichael as Lady Edith Crawley, Joanne Froggatt as Anna Bates and Hugh Bonneville as Robert Crawley. Even Maggie Smith will be returning at Violet Crawley – hurrah.

Michelle Dockery caused global hysteria when she revealed the Downton cast were back on set filming for the movie in September 2018. 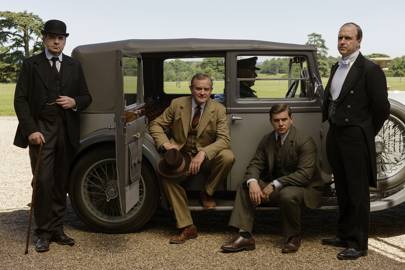 When will it be released?

Downton Abbey will make its theatrical debut on the 13th September 2019, and will be directed by Julian Fellowes.

Get the Kleenex at the ready, this one is sure to be a tear-jerker.

The wait is nearly (kind of) over, people – Downton Abbey’s big screen debut is upon us! Since the show first aired on ITV in 2010, the entire nation has been gripped by the award-winning 1920s period drama, so news of its movie adaptation has got us seriously hyped.

Here’s a taste of what’s to come…

Let’s talk about the violence on The Handmaid’s Tale