Frequent mood swings and increased irritability may be signs of opisthorchiasis. One of the attractions of our region, except the Ob reservoir and the zoo, is opisthorchosis.

This disease is exclusive – two thirds of the patients all over the world are on the Ob and Irtysh basin. Even its causative agent – cat’s fluke, – affecting the pancreas, gall bladder and liver, was discovered by a professor at a nearby Tomsk University.

And if you think that living on the 16th floor of a new house in the center, you are fenced off from this indecent “village” illness, then you are mistaken. On the secret passages of the opisthorchiasis and whether a remedy was found against him, the correspondent of SE recognized.

“The Ob-Irtysh basin is the most extensive and intensive world center of opisthorchiasis. The local population suffers from this helminth in some territories 97%, – Elena Baranova, the doctor-therapist of the medical center “Zdravitsa” shares terrible facts. “And there is no significant statistical difference between the prevalence of this disease among the urban and rural population”. 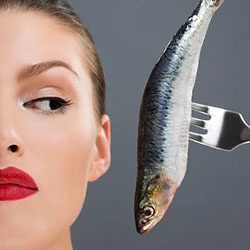 In fact, a special surge in the acute form of the disease occurs in March, when it is urban thrill seekers who go fishing and eat the catch somehow cooked, believing that the vodka will all be detox. And in the end … “In the acute course of the disease, after an incubation period of 2-3 weeks, there may be an increase in body temperature, pain in muscles and joints, diarrhea, vomiting, tenderness and enlargement of the liver, spleen, allergic skin rash “, – describes the consequences of a doctor-therapist.

In rural populations, opisthorchiasis often has a chronic form. Yes, and the townspeople, accidentally infected, can for years (recorded cases of 25-year invasion) live with opisthorhs, which do not cause special concern.

The fact is that in most cases the disease first passes almost imperceptibly or the symptoms are so scattered, nonspecific and washed out that it is difficult to clearly define opisthorchiasis from them:

“Often a chronic opisthorchiasis is asymptomatic, with an imbalance in the immune system, allergic manifestations , – explains Elena Baranova. – There may be dizziness, headaches, insomnia, frequent changes of mood, increased irritability. ”

But if you catch at the first stage the disease does not always work, then it remains to be careful not to get infected. For this it is sufficient to know how the opisthorchis enter the body, and try not to give them such an opportunity.

The cat has nothing to do with it

According to the gastroenterology department of the Road Clinical Hospital, a person only gets infected by a single way: eating the under-treated river fish of the carp family (bream, ide, carp, carp, crucian carp). Especially dangerous is smoked, dried or salted fish, cooked at home: in these cases, as a rule, there is no destruction of helminth. 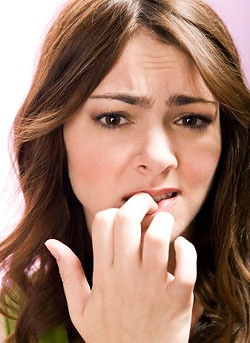 Assuming that opening the fish, you can immediately see the parasites, naively: the appearance can not determine if the fish is infected or not, since the cat’s fluke (opisthorchis) is too small (4 to 14 millimicrons in length) and can be detected only under a microscope.

Therefore, if it is decided to eat the catch, but to examine under the microscope of each crucian once, then absolutely the whole fish should be subjected to careful heat treatment for at least 30-40 minutes. But it’s better, perhaps, after all, let the fish go (the carp are distinguished by vitality) or discard. The fact is that the larvae of the parasites are located directly in the muscles of the infected fish and when cutting they can be on the kitchen utensils.

But the sea fish is not infected with these parasites, but it should also be eaten raw with caution, like any other unprocessed food of animal origin.

You can not get infected with opisthorchiasis while swimming, but you can easily get a lamblia, swallowing water along with cysts (you can not even find them with the naked eye).

And from tenderness with cats and dogs, it will not be possible to obtain opisthorchias, although many other helminths are very simple. By the way, pets, just like people, can get infected by eating raw fish (do not give the catch to the beast, no matter how they ask!), And they are as sick as people, though not complaining about the liver or bad mood.

A cat can not be forced to take tests, and people who suspected that a dried fish, eaten two years ago, makes itself felt, it is worth a test. “Eggs of parasites in feces and bile are found 4 weeks after infection,” explains the therapist Elena Baranova. But the doctor considers the blood test for antibodies to be ineffective, as false-positive results are possible-it can be confused with antibodies of other helminthic invasion or find belated echoes from already expelled opisthorchis.

At the moment, treatment in clinics is offered in two ways: using the “Ecorsol” dietary supplement developed in Tomsk, the main component of which is the bark of aspen, and the traditional antiparasitic drug biltricid (prazikvantel). According to the Road Clinical Hospital, from the position of evidence-based medicine, the only means that kills opisthorchis is biltricide. And according to the doctor-therapist Zdravitsy, effective phytopreparations, dietary supplements and physical methods of treatment do not exist: “Although all this can and should be included in the 1st and the third stages of treatment.” That is, judging by the fact that the treatment is broken down into stages, it will not be possible to get rid of the opisthorchiasis at once – it takes time and patience. 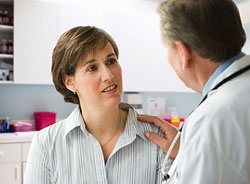 “The treatment of this serious and serious disease can be carried out only under the supervision of an experienced therapist, gastroenterologist, infectious disease specialist,” warns Elena Barnanova. – Treatment includes three main stages: preparatory (aimed at sanation of bile ducts, restoration of normal bile secretion, reduction of allergic background), direct dehelminthization, which is carried out exclusively in a hospital (includes antiparasitic drug, detoxification, symptomatic therapy, therapeutic duodenal sounding); the third stage – rehabilitation, is carried out in the next six months, includes the use of therapeutic tjubazhy, choleretic drugs, phytotherapy, physical therapy, at this stage, effectively sanatorium treatment (therapeutic mineral water, mud applications on the liver).

That is, in fact, the expulsion of helminths needs to be prepared, then they are expelled, and then it takes a long time to get back to normal – finally, the deliverance can be fixed only 4-6 months after the start of the course.

And if you leave?

And here the reasonable question of the occupied person can arise – if the symptomatology at opisthorchiasis is not appreciable, can and not excruciate itself tedious treatment? “The most important danger of opisthorchiasis is that this disease, untimely treated, can lead to the development of a chronic inflammatory process in the bile duct and liver, chronic gastroduodenitis and pancreatitis as a result of damage to the ducts and clogging them with helminths, the development of cirrhosis and even liver cancer,” – sobering Elena Baranova, a doctor-therapist “Zdravitsy.” So if you are experiencing severe pain in the stomach and right upper quadrant, giving in the back and sometimes in the left hypochondrium, nausea, vomiting, decreased appetite, a stool with a tendency to constipation, and you humbly acknowledge what happened on your table poorly fried or dried fish, it is better to check the body for pests. To avoid liver cancer. 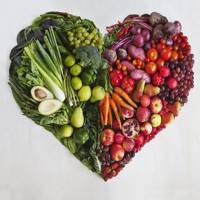 Eating these foods will banish your bloat in an instant 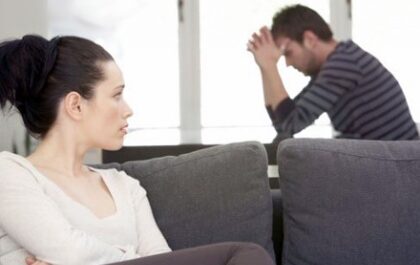 Infertility is not a sentence