To get your technique right, make sure you’re blow-drying with “your hair on top of the brush, rather than underneath it to create more lift at the root,” says Rebecca McCann, Founder of Pro Blo.

“The best method is to lift hair up and away from the head at a 45-degree angle as you blow-dry, for maximum volume.”

If you’re not so good with a brush and hairdryer combo, award-winning hairdresser, Lee Stafford, says there’s nothing wrong with the ‘flipping your head upside down’ technique.

“It’s an old trick but it works and will create instant volume,” he says. “Use your fingers to rough dry and encourage volume at the root, rather than brushing as this can cause hair to become flat. Only use a brush on mid-lengths and ends.” 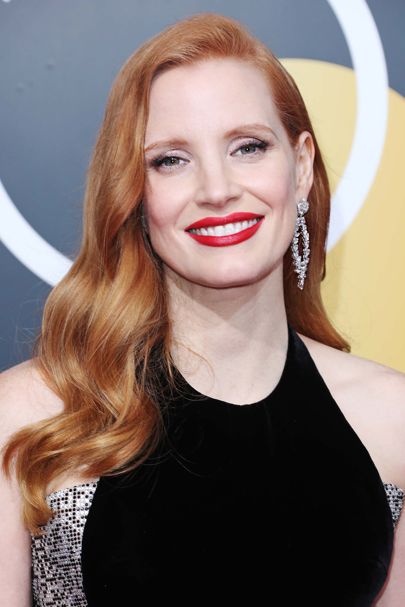 As for your hairdryer settings, Ricky Walters, Owner Creative Director of Salon 64 says to keep it on a hot heat, but only medium speed.

“When the dryer is on too fast, it tends to make hair more limp and fly-away,” he says.

Try prepping your hair with these products for a more voluminous blow-dry:

When it comes to creating a thin-hair updo, Ricky says to always start by curling your hair.

“Once hair is curled, you have made your life much easier,” he says. “Throwing poker straight hair up into an effortless undo is falsely advertised and in fact massive effort!”

With curls, Ricky says your ponytails and buns will instantly look more stylish.

“Plaits and rolls are also a great way of using your fine hair to your advantage and will give extra dimension to a usual ponytail or bun.”

Not into curls? Lee Stafford suggest backcombing and teasing.

“A great trick for fine hair when putting it up is to tease out sections to create texture and volume,” he says.

“By lightly teasing, twisting and pinning in sections of a messy ponytail at the nape of the neck with Kirby grips, you can create the optional illusion of bigger hair.”

When creating a messy bun, Lee suggests starting by backcombing the crown. “To create a larger chignon, use a bun doughnut underneath your backcombed locks.” 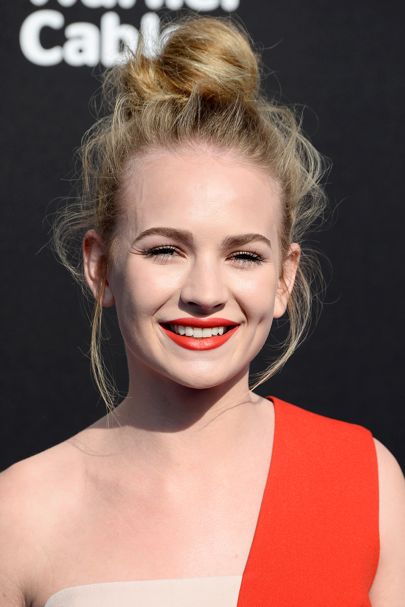 And last but not least, he shares this advice for those experience thinning at the hairline:

“Use a coloured root touch-up spray around the hairline. This will fill any thinner areas of hair, giving the illusion of thick and voluminous hairline.”

A good cut can make a big difference to thin hair, by removing weight and adding texture.

Ricky, from Salon 64, says no matter what style you go for, ‘keep it chunky.’

“Never razor or chop into hair that is already thin,” he says. “Use blunt techniques when choosing which chop suits you: bobs, collarbone, and pixie crops are all achievable as long as you keep it blunt and chunky.”

Those with thin hair may find a fringe troublesome as it will go flat and oily quite quickly, but if you so desire it, keep it strong and, again, blunt.

“When hairdressers cut in a new fringe they are ‘borrowing’ the hair from another part of your hair cut,” says Ricky. “Don’t let the fringe go too far back and eat into your remain cut.”

As for layers? “Avoid any heavy layering as that can make hair appear thinner at the ends,” says Lee Stafford, who seconds asking for blunt ends. 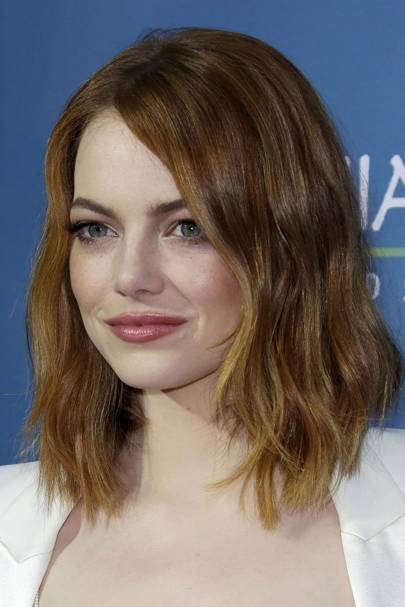 It’s also a good idea to stick to the six-week rule for regular trims, to avoid thinner and damaged hair from weighing down any thickness you do have.

One of the biggest pros of having thin hair is that it’s generally low-maintenance as it can be dried and styled a lot quicker than thick, heavy hair.

So what products should you have in your hair care and styling arsenal?

“Without a doubt, the first product on my list for those with thin hair is Tom Oliver Nutrition Herring Caviar Capsules (£22.99),” says Ricky Walters. “Hair grows from within, so for every shampoo or styling product purchased you are buying a tool to help you to give the appearance of fuller, thicker hair.”

For styling, Rebecca McCann loves the Pro Blo Curl Me Kit, said: “The kit consists of a detachable brush handle and ceramic brush barrels that remain in the hair whilst you dry.”

Dry shampoo is of course a must-have, for extra root lift and oil-control. Check out our edit of the best dry shampoos if your haven’t already found a favourite.

And when it comes to finishing products, Ricky says these two will change the lives of those with fine hair: Davines Dry Texturiser (£20) and Mr Smith Hairspray (available at selected salons, including Salon 64). He uses the latter “to keep looks lasting longer without feeling sticky or weighed down by too much product,” and the texture spray “to give the hair guts and substance”.

– DON’T brush your hair wet. “Use a wide tooth comb or detangling brush,” says Rebecca. “It’s best to brush hair when it’s 60-70 percent dry. When removing tangles, start at the bottom of your hair and brush with downwards motions to ease the knots out.”
– DO use a volumising mousse before blow-drying. “Apply directly to damp hair and comb through,” says Lee, recommending his Double Blow Mousse, £5.99.
– DON’T use shampoos for dry hair. “Stay away from any shampoos that read ‘hydrating, moisturising or nourishing’, says Ricky Walters, and instead “opt for volume, clarifying or balancing.” 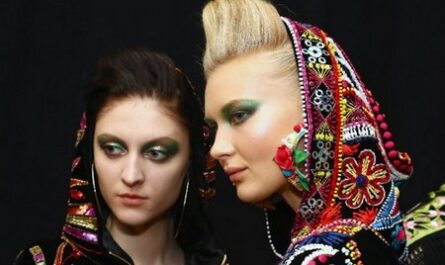 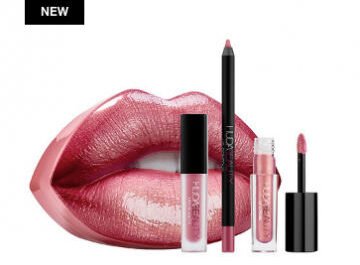 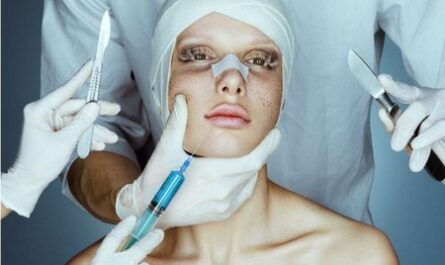 The Dangers of Shopping For Plastic Surgeons On Instagram