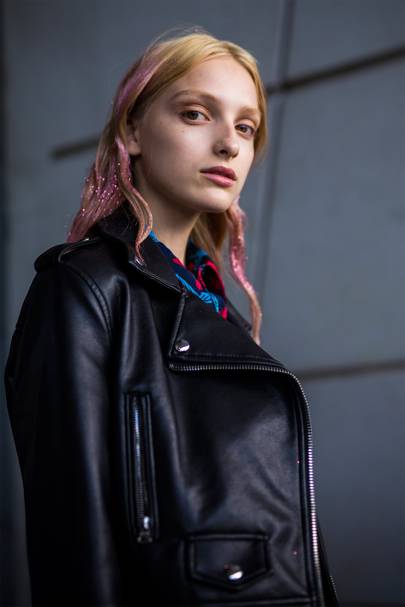 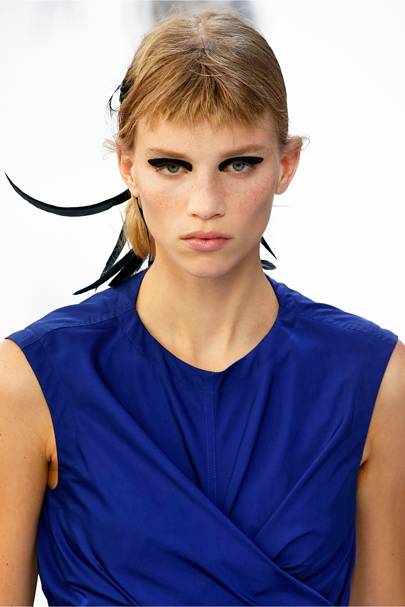 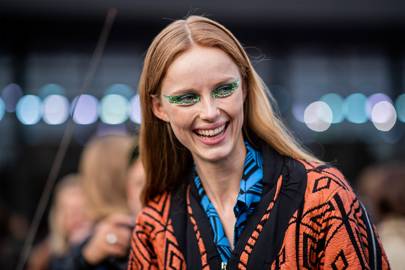 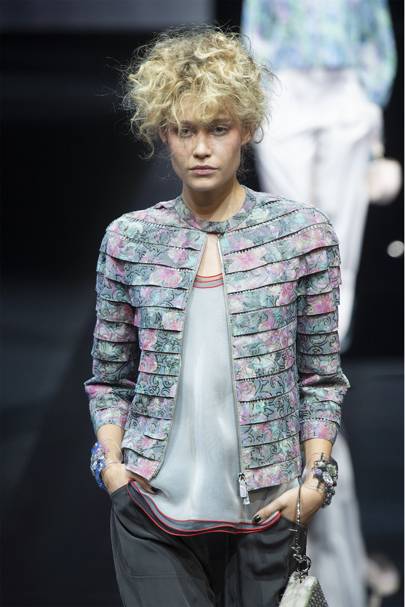 The most elegant chignon we ever did see by hair stylist Sam McKnight behind the scenes at Fendi, along with delicate flyaways to frame the face. Dreamy. 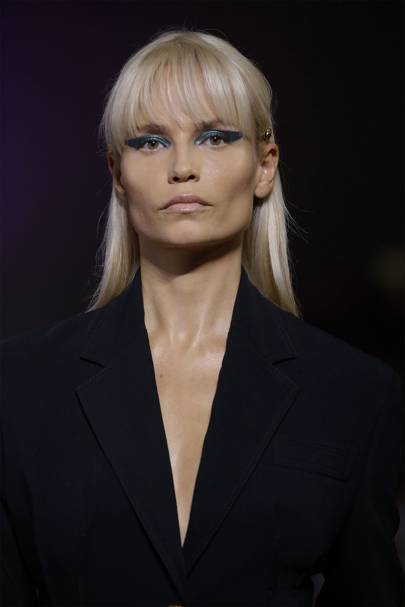 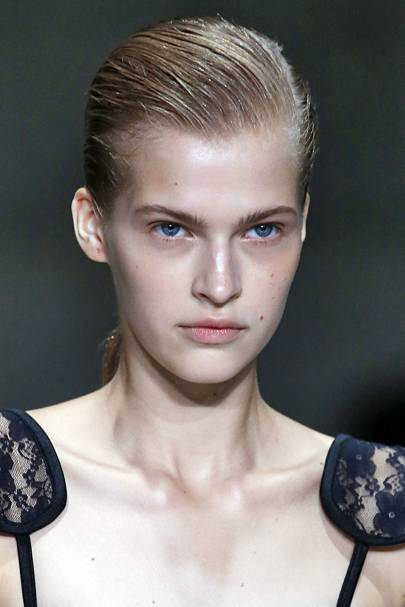 Boyish, combed back hair at Christopher Kane by hair stylist Guido Palau gives an androgynous edge to the new season. 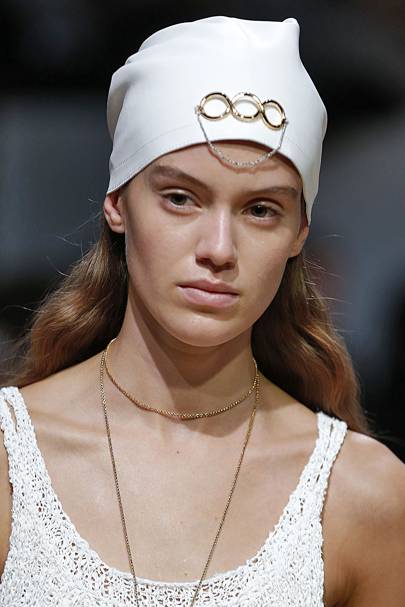 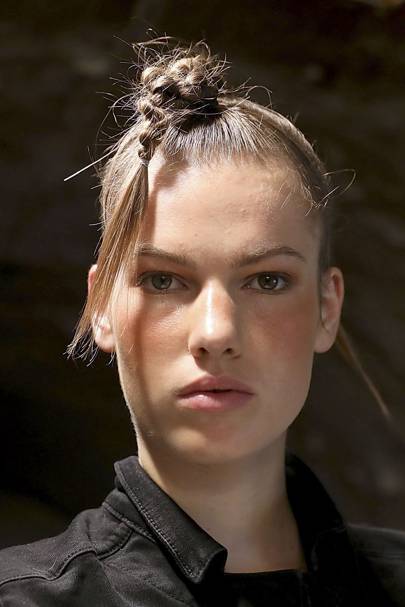 We challenge you to find a prettier punk updo than this look by hair stylist Luke Hersheson backstage at Molly Goddard. 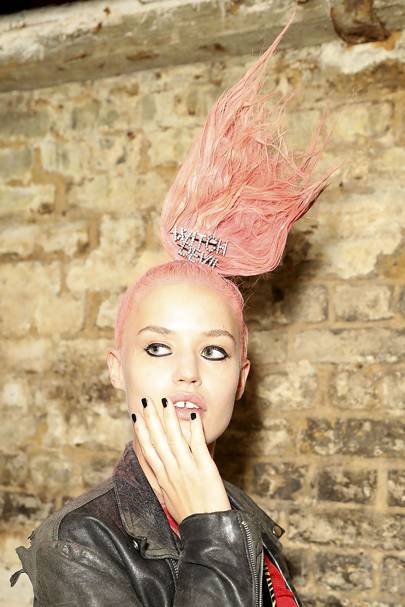 This gravity-defying ‘do by Alex Brownsell at Ashely Williams gives us high hopes for the season ahead. 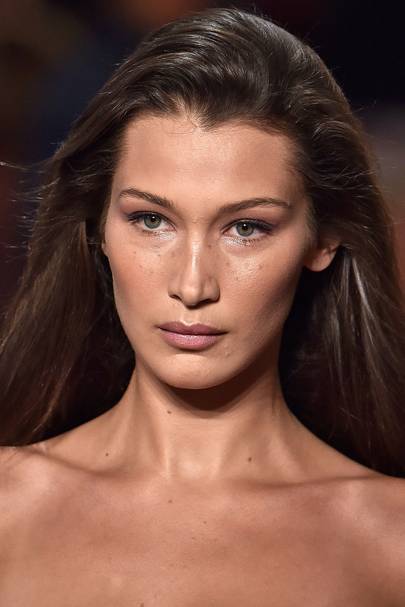 Beautiful skin and faux freckles? It’s a winning combination by Tom Pecheaux for Mac Cosmetics at Brandon Maxwell. The trick is to use two tones of eyebrow pencil to create a natural smattering.

A hint of glitter in the crease of the eyes gives an ethereal sparkle to the new season. Big up makeup artist Sam Bryant for this look at Simone Rocha.

Is there anything better than a high pony with a bow? Oh wait, yes – a high ponytail with two bows, as sported by models at Emilia Wickstead.

Slicked back with a wet-look finish? We have a feeling this no-fuss hair as seen at Victoria Beckham will be our go-to next season.

The graphic lines around the eyes at House of Holland made a subtle statement on an otherwise natural makeup look.

Glitzy eyes by Isamaya Ffrench at Halpern were as glamorous as they were wearable.

Nothing beats a classic smokey eye; case in point – the one makeup artist Diane Kendall created for Tom Ford.

Makeup mogul Pat McGrath gave some of the models at Burberry at taupe feline flick. We’re feeling it.

We love this bold eyeshadow applied with cotton wool for maximum impact by makeup artist Val Garland at Erdem.

Victoriana made modern; these braids by hair stylist Anthony Turner backstage at Erdem are everything.

Pink hair, don’t care (especially when paired with baby pink eyeshadow as per the look at Marc Jacobs).

Florals for Spring? Absolutely. This blossoming hair at Rodarte by hair stylist Odile Gilbert was both beautiful and bold at the same time.

A bit beachy, a bit grungy, this tied up messy bun by Anthony Turner for Prabal Gurung is something we can get on board with. 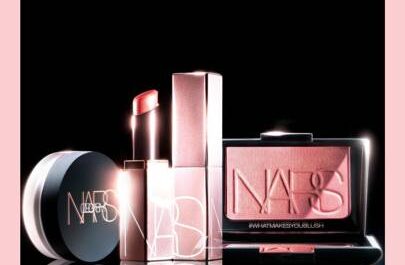 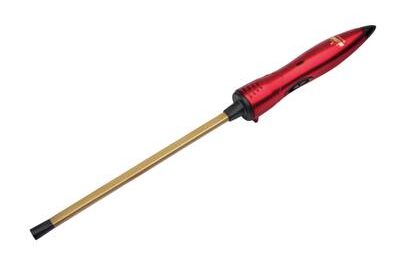 Cool-girl, beachy waves are made easy with these foolproof curling tools