High-profile industries like Hollywood, politics, and the media have seen the most obvious Weinstein backlash, with new revelations of sexual harassment, assault, and abuse at the hands of powerful men coming out almost daily. But according to data from the Center for American Progress, those aren’t the fields with the highest numbers of reported assaults. No, that honor belongs to the hospitality and food-service industry, followed closely by retail, manufacturing, and healthcare. The arts, entertainment, and recreation industries fall just fifth from the bottom of the list.

To get these numbers, CAP senior fellow Jocelyn Frye looked at over 85,000 sexual harassment claims made between 2005 and 2015. Other high-ranking industries include administrative and support, waste management, and public administration. The pattern? Workers in these fields tend to be less educated and working low-wage jobs where inappropriate behaviors are much harder to call out, in part because the victims are understandably scared of losing work, and in part, because it’s much more difficult to get a response when the man in question isn’t someone rich and famous.

“The vast majority of these claims occur out of the glare of the spotlight, where public scrutiny and attention is rare,” Frye writes. “Many women grapple with gender biases and power imbalances within their workplaces, making them targets for harassment or other forms of discrimination. Women of color, in particular, often must confront the combined impact of racial, ethnic, and gender prejudice that can result in degrading stereotypes about their sexual mores or availability and increase their risk of being harassed.”

Frye’s findings reveal that over a quarter of all sexual harassment charges filed between 2005 and 2015 were done so in industries with a large number of low-wage, service-sector workers, while nearly three-quarters of charges “include an allegation of retaliation either upon being filed or later on in an investigation,” suggesting that there’s real reason for women to be scared of coming forward.

“It … requires vigorous efforts to combat retaliation and improve enforcement through measures such as collecting more extensive data on trends across industries,” Frye continues. “Most importantly, it is crucial to devote special resources that root out harassment – especially in lower-wage occupations, where significant power imbalances can often inhibit workers’ ability to speak out against their harassers.”

As Vox notes, this analysis is not perfect. Less than half of sexual assault claims filed with the EEOC actually list the job industry in which the claim took place, making it hard to figure out how to count them, and many of the industries listed here are lumped together in a potentially confusing way. But it does prove (just in case there were any lingering questions) that workplace sexual assault and harassment affects women across professions – not just those with high-profile jobs in glamorous industries. It also reveals just how important it is that we establish sound mechanisms to call out men who abuse their power at all levels. Until we do so, it’s hard to claim we’re really making any progress. 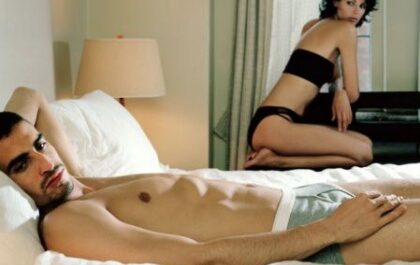 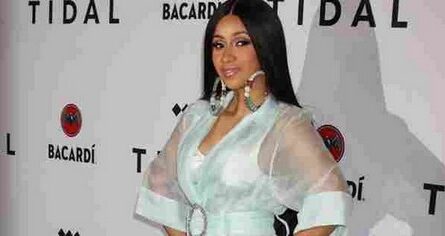 Cardi B Reveals Plans For Big Wedding: “The World Is Not Ready For It”