It may only be two months since Jesy Nelson split from her ex-boyfriend Harry James, but time stands still for no-one, especially when you’re in the biggest girlband in the world.

The Little Mix singer is reportedly back on the dating scene after she was spotted enjoying a romantic evening with Love Island hunk Chris Hughes out in London.

The 27-year-old musician visited the Harry Potter themed bar, The Cauldron, in what’s being rumoured to be a first date with the former Love Island contestant, who split with his co-star girlfriend Olivia Attwood in a very public breakup last February.

The pair appeared in each other’s Instagram stories, with Hughes sharing a video of the pair mixing cocktails, in which Nelson’s distinctive tattooed hands can be seen.

It’s been reported that the pair first struck up a conversation on Instagram, as all good things start these days.

“It’s very early days but there’s definitely an attraction between them and they’re getting on really well,” an insider told The Sun.

“Jesy is enjoying her newly single status and spending time with Chris – they had fun mixing cocktails together at The Cauldron last night – and couldn’t resist posting some pictures on both their Instagram stories.”

“They are taking things slowly for now but it could become something more serious.”

GLAMOUR has contacted a spokesperson for the stars and will update you when we hear more.

The year is already off to a good stat for the Little Mix star, who’s nominated alongside fellow bandmates Perrie Edwards, Jade Thirlwall and Leigh-Anne Pinnock for two Brit Awards this year. 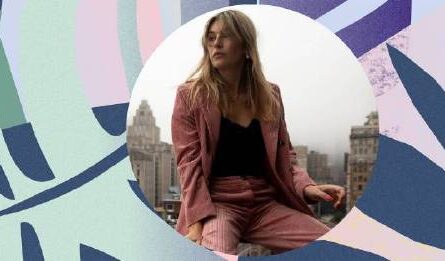