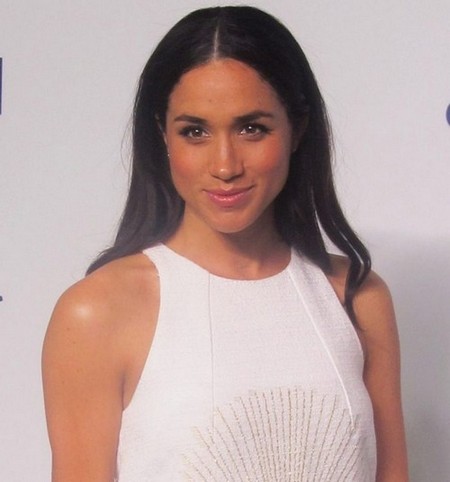 Actress Meghan Markle just joined boyfriend Prince Harry at the pair’s first official royal event as a couple, marking a major milestone in the relationship that many speculate may soon be taken to the next level. That level being an engagement and eventual wedding frenzy the likes of which we haven’t seen since Prince William and Kate Middleton’s nuptials in 2011. We suggest you begin to prepare yourself accordingly.

While the Daily Mail reports Markle wasn’t actually seated alongside her man at the Invictus Games in Toronto, an athletic competition for wounded veterans founded by Prince Harry, her presence at the event did not go unnoticed by royal spectators. While Harry sat four tows ahead, Markle held court next to pal Markus Anderson, a Toronto-based consultant for Soho House, who is rumored to have introduced the happy couple (and who also sparked a minor Twitter firestorm with his good looks and mysterious identity). And while showing up somewhere that your boyfriend also happens to be and not even sitting together doesn’t seem that huge (and, frankly, sounds kind of middle school), apparently, it’s actually a very big deal. 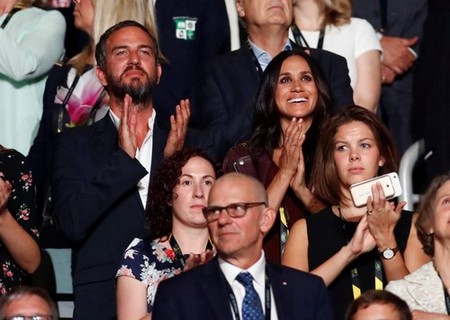 What we love about this is that unlike Middleton, who has always tended towards clean-cut, traditionally princess-y looks, Markle isn’t afraid to dabble in edgier, more glam styles, and this outing was no exception. She paired a burgundy leather jacket by Mackage (slung over her shoulders like a fashion editor, no less) with a matching dress for an on-trend, monochromatic look. She styled her hair in loose waves, wore smokey eye makeup, and carried a velvet clutch.

Markle’s commitment to dressing like herself in spite of what are probably intense pressures to look a certain way based on who she’s dating is admirable. After all, she’s a Hollywood actress, and she clearly sees no reason to pretend to be someone she’s not. And we’re rooting for anyone who’s cool enough to sport a biker jacket during an appearance with a prince.