You’d have to be sleepwalking through life to not be aware of our chronic lack of sleep. The cultural shift towards working from home has blurred the lines between work and rest, meaning we’re checking our emails earlier, and often working well into the evening.

Although WFH has enabled us to choose more flexible working hours, many of us opt for being accessible 24/7 instead, which is wreaking havoc on our ability to sleep.

We all recognise how rubbish we feel after a particularly late or sleepless night: it’s impossible to concentrate, emotions are high, and tears are almost inevitable. If you’re still working from home, the sight of your unmade bed makes the afternoon slump even more agonising.

And that’s just the immediate effects. Chronic lack of shut-eye has been shown to increase your risk of diseases like diabetes and Alzheimer’s, among a roster of psychological problems. But the problem appears to be much more complicated than we originally thought. We’re not just sleep deprived – we’re dream deprived.

Thanks to an influx of eye-opening research, it appears that dreams aren’t just mere fantasy: they’re critical components to our overall health. According to the findings, it all comes down to the separate stages in the cycles of sleep. In each 90 – 120 minute cycle, there are non-REM (non-rapid eye movement) stages, when the muscles relax and breathing gets deeper. Next is the REM (rapid eye movement) stage, which occurs towards end of the sleep cycle – and this is what dreams are made of. 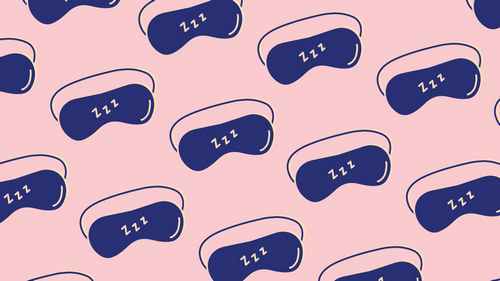 During REM sleep, the eyes start to move beneath the lids, the muscles become paralysed and the brainwaves change frequency. The duration of each REM stage increases during every sleep cycle (so, if you sleep through four cycles in one night, you’ll enjoy the longest period of REM sleep during the final cycle).

The dreams we have while in this stage are the crazy, vivid, fantastical dreams where everything and nothing makes sense. While they are always a little random, they’re more often than not rooted in reality, revisiting past events and involving people we have recently encountered.

A recent study by McGill University in Montreal has shown that these REM dreams are crucial to forming memories. Another study by the University of California shows a link between REM sleep and increased creativity, as well as being crucial for processing traumatic events.

I Traded My Deodorant for This $9 Toner From The Ordinary