Ever since video games have been a thing, developers have been looking towards superhero and comic book properties for inspiration. The subsequent games that came from these licensed have run the range from being a complete disaster, to mindblowingly epic. 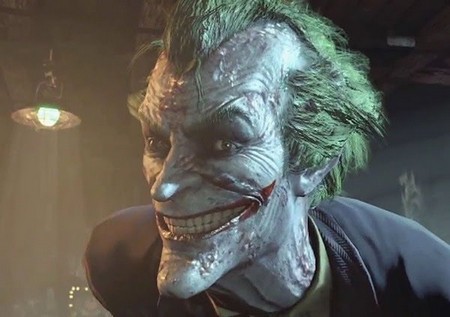 And, since the villains in the genre are generally super-powered, megalomaniacal and evil, it stands to reason that the boss battles would be tough. These examples are the toughest bosses from the best superhero games out there.

You may have found some of these more challenging than others, but in the end, we all breathed a sigh of relief when that evil bastard was put down. 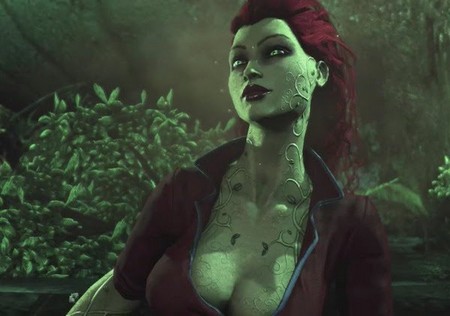 Batman: Arkham Asylum
You’d think that a villain that controls plants wouldn’t be that tough, but considering it’s her botanical skills that creates the Titan Formula in the first place, she ends up being extremely tough.

There’s a lot of rolling and batarangs involved in this fight, before you get to take her on yourself, and put her back in her cage. 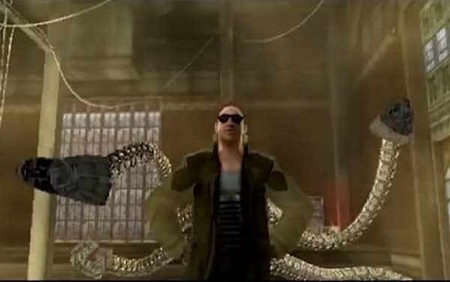 Spider-Man 2
This is one of the few licensed gamest that follows the film’s storyline exactly. Which means that the game finishes in a huge battle against Doc Ock.

This battle proves a challenge if you haven’t mastered the art of dodging, due to his metal arms. If you get hit, the damage is pretty substantial. 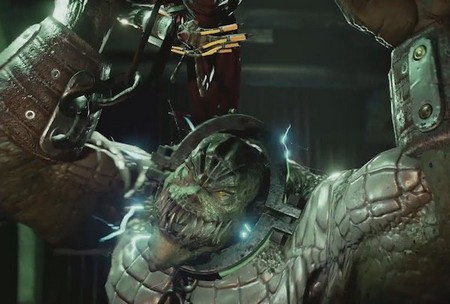 Batman: Arkham Asylum
This is one of my favourite battles in the game, because it takes a certain amount of skill and accuracy to defeat him in the sewers.

While it’s not an all-out brawl (as you’d hope), but a game of hide-and-seek, it’s a big challenge. Especially trying not to make noise, or fall into the water. 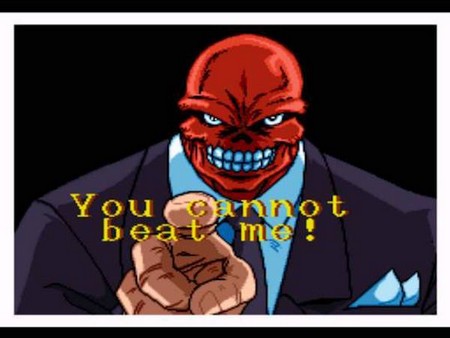 Captain America and the Avengers
This guy was the final boss in this epic NES game from 1991, and he had a memorable fake-out for the players. When you’d approach the Skull in his dapper suit, you could knock him out pretty easily. Except that wasn’t it.

He then calls upon his Mecha Red Skull to dole out some punishment. You have to defeat the Mecha, which ends up crashing down on the real Red Skull. 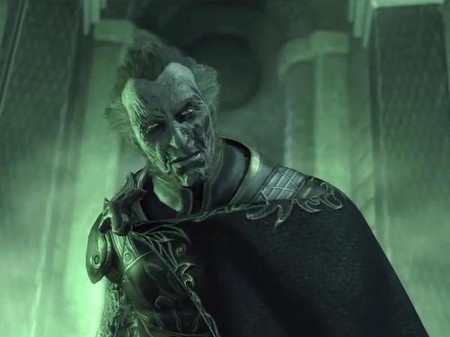 Batman: Arkham City
As one of Batman’s oldest and deadliest villains, this fight was one of the tougher ones in the game. Not because it was an epic battle of strength, but of concentration and sheer luck.

To defeat Ra’s, Batman has to take the Trail of the Demon, and enter a world of illusion. Between fighting scores of enemies, pulling off daring feats of acrobatics and other tough things, you finally get to face off against the man himself. 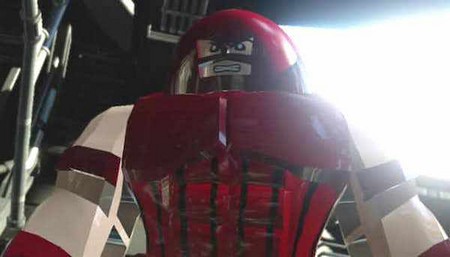 LEGO: Marvel Super Heroes
One of the reasons why the Juggernaut is so tough in this game is because you don’t get to fight him all at once; it’s in phases. It’s super important to pick the right character to fight him at a specific time. Or example, the first fight requires Jean Grey, so she can throw crates at him.

Then, in the next phase, you’ve got to use Iceman and Jean interchangeably. The entire battle is all about switching between characters rapidly to beat this guy. 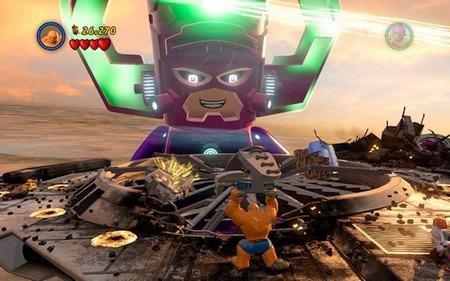 LEGO: Marvel Super Heroes
This guy is pretty intense for a LEGO game, and like the previous entry, requires multiple character changes to defeat. And that’s not easy.

There’s a series of puzzles that require a switch from The Thing, to Spider0Man, to Mystique, Venom, Storm and then finally Cyclops to finish him off. 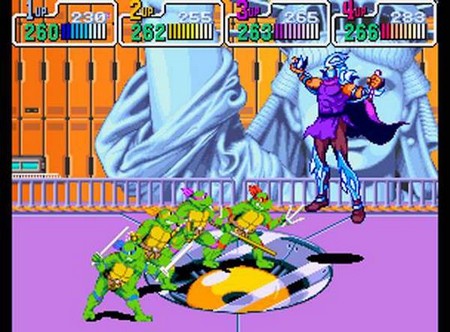 Teenage Mutant Ninja Turtles IV: Turtles in Time
Shredder is the ultimate and hardest boss in this game from 1991. And unsurprisingly, he’s got special skills that we’ve never seen before.

In the battle, he glows with fire, can block nearly every attack, can phase shift/warp across the screen, can throw fireballs and light up the floor along your path. Defeating him requires insane dodging skills and getting in some hits. Plus you need all 4 of you to do it effectively. It’s time-consuming and difficult, as only 90’s NES games can be. 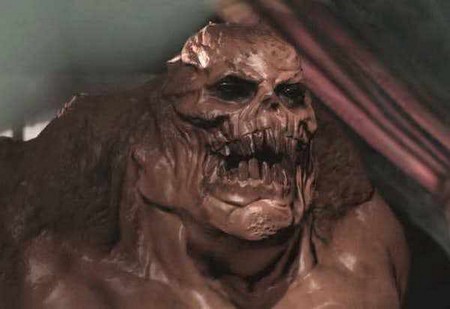 Batman: Arkham City
The whole point of the game is to get to the Joker, and when you finally do and you see him get stabbed by Talia, you think the game’s done. Except, it was really Clayface, and he’s out to get you.

This battle requires a lot of dodging, freeze blasts and sheer ingenuity before you can finally take him down 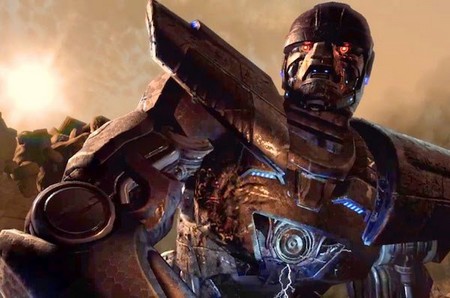 X-Men Origins: Wolverine
Despite Wolverine’s badassery, this guy is tough. You have to avoid him for as long as possible, while fighting human enemies on the ground.

Given it’s huge size, you can’t just slash at him, you need to trick him into slamming its foot down on certain areas to weaken it. It’s a long and tough battle. 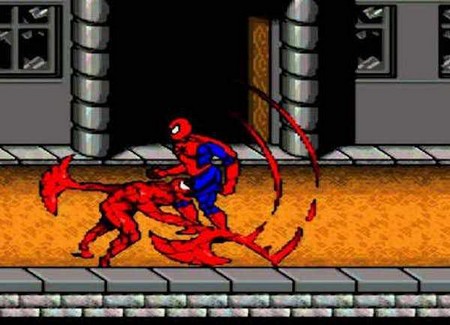 Spider-Man and Venom: Maximum Carnage
This game was released on SNES and Genesis in 1994, and it was a pretty good game for the time. Most of it was a pretty simple side scrolling game until the final boss fight.

There, you’re up against Carnage, and due to his ability to extend his weapons and arms across the screen, he’s a formidable foe. It takes a lot of button mashing and dodging to beat him. 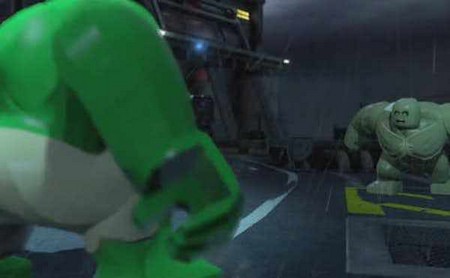 LEGO: Marvel Super Heroes
As one of the oldest and deadliest enemies of the Hulk, this guy’s tough. But lucky for you, due to the way the game is structured, you don’t have to fight him as the Hulk the entire time.

Usually, it’s best to take him on playing as Hulk and Wolverine. That’s the way to win this fight. 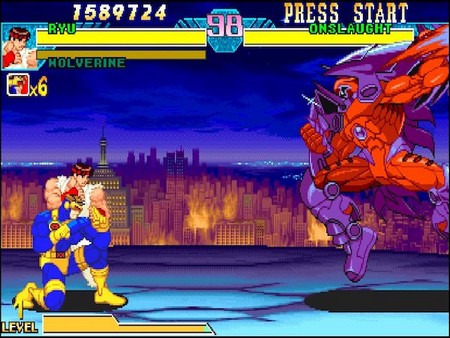 Marvel vs. Capcom
Onslaught is one of the toughest bosses in any fighting game, and his attacks are devastating.

When you first face him, he has a heavily armoured form that’s hard to deal damage to. Then, he ends up in the background, able to fly around the stage, which makes things even harder. 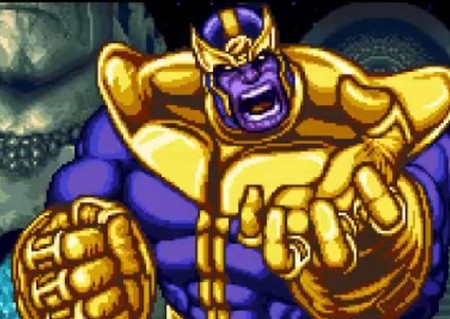 Marvel Super Heroes: War of the Gems
This shouldn’t come as a surprise, but Thanos is the big boss to defeat in this game, and he’s a bitch to fight.

His attacks come from all over and he’s got a double health bar. He needs a lot of dodging and strategic hits to knock down, but it’s possible. 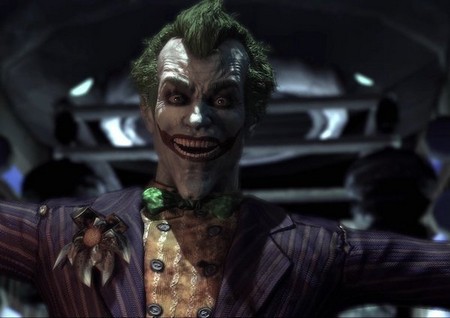 Batman: Arkham Asylum
Yep, another boss from the Arkham series. Why? Because this is a fucking solid series of comic book games, that’s why.

The final boss fight against the Joker is tough because he’s been mutated by the Titan formula, and he’s got waves of lackeys that distract you from getting to him. There’s a lot of use of the grappling gun and explosive gels to take him out. 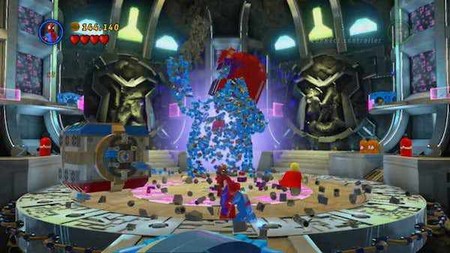 LEGO: Marvel Super Heroes
Magneto is easily one of the hardest bosses in this game, especially because it’s in his base on Asteroid M.

You have to take on his minions, while he hides behind metallic blocks. You need to solve puzzles and switch between characters to get to him. 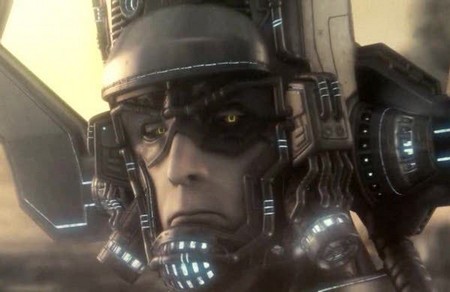 Marvel: Ultimate Alliance
Doesn’t matter what game he shows up in, Galactus is never gonna be an easy boss. In this game, he’s setting up his various devices to try to suck out the Earth’s life force, and you have to try to stop him.

Between dodging his many attacks, you need to run around the arena and reconfigure some consoles. It’s easy to forget about the World-eater and get blasted. 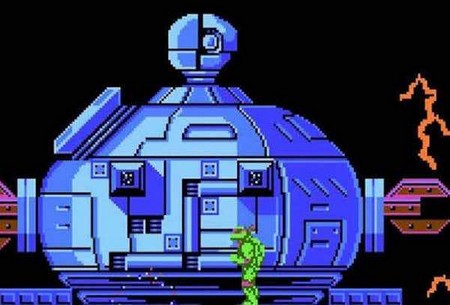 Teenage Mutant Ninja Turtles
Going all the way back to 1989, this guardian was a bitch to beat. But what made it more frustrating was that he wasn’t the final boss, but a gateway to get past level five.

You had to attack different areas at specific times, before the eye up top opened up. Defeating the Technodrome allowed you to continue through the game. 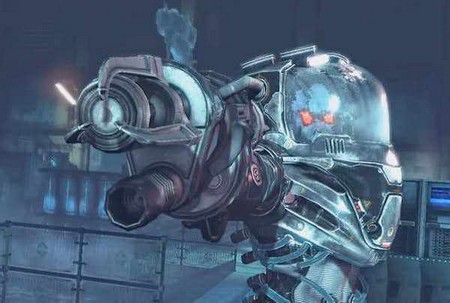 Batman: Arkham City
Out of all of the Arkham games, this is the boss I had the hardest time with. I’m not the greatest at stealth.

The game requires you to stun Freeze in 5 different ways, as he adapts to your attacks. On top of that, you can’t be seen by him, so you need to hide the entire time. It took forever to defeat him. 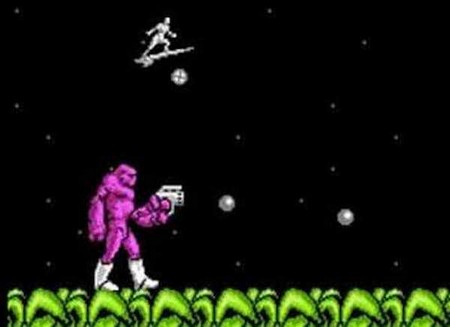 Silver Surfer
The original Silver Surfer game for the NES was one of the hardest and most frustrating games ever. If you make it all the way to the last level, you fight against a character that is never named.

Like the rest of the game, if you touch anything, you die. Plus, nothing you do seems to harm him, so it’s just an endless battle, over and over again, until you do something right, by accident. 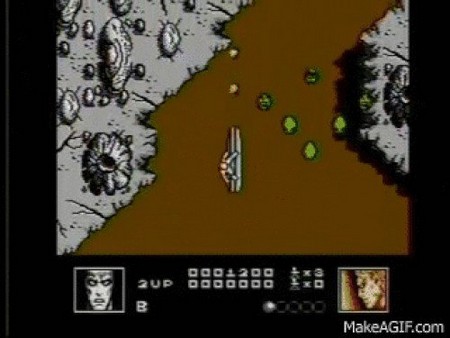 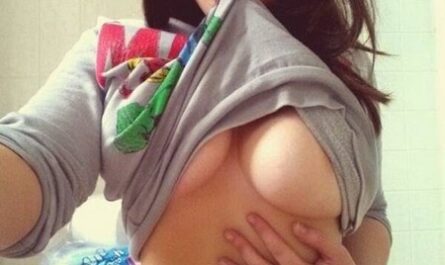 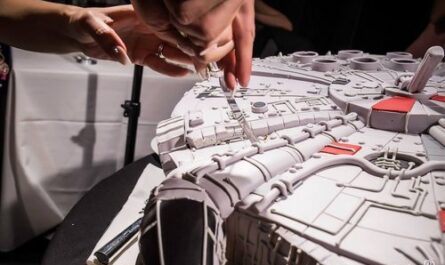 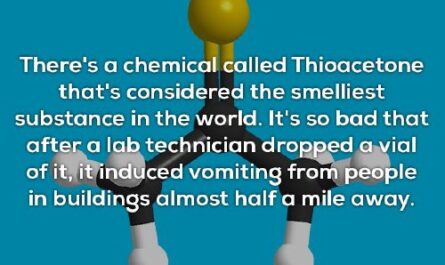 Totally useless facts you need to know… kind of