Almost two decades ago now me and Rafael Casal – we made Blindspotting together, he is my best friend and main collaborator – came up with this motto that I have used my whole life since which is, ‘energy up, expectations down.’

That is the epitome of the hustle for me, that we are enthusiastic about what we are working on, and the rest you can’t control. I say yes to things that I think are cool ideas and I pour as much energy as I possibly can into them, and I expect literally nothing in return.

Daveed Diggs loves to wear multiple hats. He’s the actor who’s currently hurtling around on a train in an apocalyptic world in Netflix’s show, Snowpiercer, who also finds the time to rap, sing, song write and also polish the Grammy and Tony Award he won for playing Thomas Jefferson and Marquis de Lafayette in the original cast of Hamilton.

As the production lands on Disney+, Daveed – the ultimate hustler – discusses the hurdles he has had to overcome in his career and maintaining his identity and his sanity in the pressure cooker of fame… 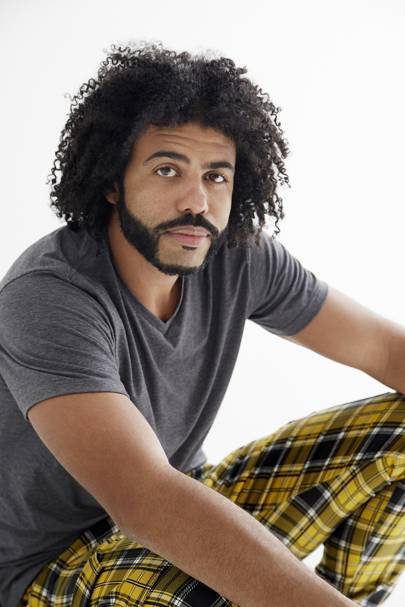 Snowpiercer is gripping! What did you personally learn about yourself from the role?

That’s a really interesting question. I think the stakes on Snowpiercer for everybody are so extremely high, there are so many communities at war with each other, in a closed system and the battles are both political and physical over resources become really destructive to the whole ecosystem. Those are the things we actually don’t want to see right now.

In a lot of ways, it’s a cautionary tale about limited resources where cooperation between different factions and different communities would have resulted in a much better outcome than the power dynamic, the struggling to be on top.

It’s all about overcoming extreme hurdles to survive. What hurdles have you overcome personally?

In this game a lot of it is about believing that what you’re doing is the thing you should be doing. The biggest hurdle I think early on is financial. For so long I wasn’t making any money off the art I was doing, so I always had to have other gigs to make money. It’s kind of a blind faith. Like a 100 years ago, I went and did a few days of work teaching these poetry classes at this private school, this fancy private school in like Santa Rosa.

They offered me a full-time position for like 80K a year, which is more money than I had ever seen in my life. At the same time I had like an offer to do a play in San Francisco called Jesus Hopped the ‘A’ Train, that was a play that actually changed my life, obviously I said yes to the play, but I got that tingling feeling from the play – the same as I did when I first read Hamilton – and I didn’t get that from the idea of being a full-time poetry teacher at this school. 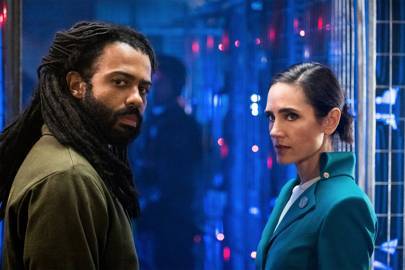 I had to follow this tingling feeling, and take the $300 a week for eight weeks cheque, over this 80 grand a year thing, and that was hard, but I had to do it. Financially stable or emotionally stable is sometimes the choice we’re making – you need to work out what you want the longevity in.

How would you define your identity now in comparison to how you defined it when you first came into the business?

That’s a great question. I think I am a more active participant in my future now, I think that’s the biggest difference. Coming into the business which I’m going to define as post-Hamilton, I’d never had an agent or a manager before that, and so when I started working with them, I said, ‘Look I don’t understand this industry at all. The only thing I know is how to make art the way I know how to, and I’m just going to trust you guys.’

A lot of people have told me that’s dangerous, but I don’t have the bandwidth or the understanding of the business side of this at all. I really took my team’s lead. Now I am at a point where I’ve been involved with the industry for a few years and I’m starting to be a little more active about saying, ‘Actually, this I don’t want to do, even though you like it for me,’ or, I have a more clear idea of the kinds of directions at least that I want to be facing in. So, I’ve become a little bit more of an active participant in my future, or a decision-maker in my future as opposed to just kind of walking through it with my eyes wide open, trying to learn things.

That also comes with age too, right? With age you can actually sit back and say, ‘I know exactly who I am now,’ and that’s the most powerful feeling isn’t it?

I’m 38 now and on a large-scale nobody knew who I was until I was like 34. If that kind of attention come my way when I was 19 or 21, I don’t know what would have happened, I almost imploded anyway. I marvel at young celebrities. I worked with little Jacob Tremblay on The Little Mermaid and just watching him, and his family navigate these spaces is amazing. He’s a regular, super well-adjusted kid, he’s a brilliant actor, and his family’s great and sweet and I feel barely capable of holding it together most of the time, and like he’s was seven years old. 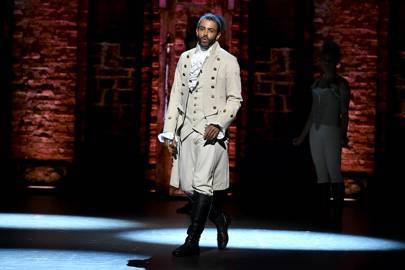 I think it’s very weird for a person who has been making things that they thought were really good their whole life and then suddenly everybody cared a lot more. All of a sudden people were asking for an access into my life and I never thought about that before. Literally no one cared what I was eating for breakfast so that kind of attention was difficult for me and then it started like permeating out and radiating outwards to my family.

I was walking around New York one time, close to Tony season with my brother, and we got stopped every 30 seconds and we were just trying to eat whilst people kept running up to us and asking my brother to hold their phones and take pictures. My brother said, ‘Is this what it is now? Because if it is, I don’t think I want to have lunch with you anymore.’ It was one of those moments that illustrated that you don’t change, but the way the world responds to you changes, and that’s weird and it’s difficult to deal with.

If the you who was about to go into the Hamilton audition was on the phone to you now, what would you want to say to him?

I would probably say, your whole life is about to change, and you’re totally not ready for it, but ride it out, it’ll be okay. The me then would probably say, “Bro, it’s a play, calm down.” I got a lot of advice given to me from other people who sort of saw the writing on the walls with this thing bit I just didn’t.

I had done so many plays up to this point, and I know how great plays work, because I’ve done great plays. You do something really, really great, and that’s what happens, that was the extent of it, no one cares, it’s a play, and then Hamilton was the exception to that.

Snowpiercer has a lot of strong messages. What is the most pressing issue for you sitting here today?

I have been way more focused on and interested in, ‘what can I do within my own community?’ Meaning my circle of friends and colleagues and then also my geographic circle, like the neighbourhood I live in. What are the ways that I can be a good neighbour, and a good family member are the things on my mind these days? I think also it’s important to remember, us as humans in general, is that you can ignite a lot of change by just the way you treat one single person.

Where Are Financial Backers Sara and Clare Bronfman Now?

Relive Your Childhood With These 13 Disney+ Halloween Episodes