Just two and a half years into her international modeling career, South Sudanese–Australian model Nyadak “Duckie” Thot has starred in campaigns for Fenty Beauty and L’Oréal Paris. She was kind enough to give Allure a peek into her beauty world.

“When we talk about diversity in fashion and beauty, we often don’t talk about what that means behind the scenes: stylists, photographers, makeup artists. I’m often the only black woman on set. I’ll remember doing the Pirelli calendar shoot with an all-black cast – RuPaul, Lupita Nyong’o – for the rest of my life.”

Sister of YouTuber Nikki Perkins, Nyadak “Duckie” Thot has definitely made her mark in the fashion world through her modeling career. Back in 2013, she finished in third place on the eighth cycle of Australia’s Next Top Model, and since then she’s landed herself in the 2018 Pirelli calendar, which was Alice in Wonderland-themed, and walked in the annual Victoria Secret’s Fashion Show just last year. 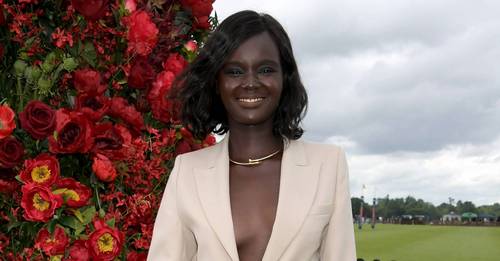 On hacking her commute:

“I like to put on eye patches – the ones from KNC Beauty – in the car on the way to a shoot to make sure I arrive looking alive and alert.”

On her beauty blind spot:

“Putting on fake eyelashes. I love the look of individuals, but I can’t do them to save my life, so having a mascara that can do the job is really important. L’Oréal’s Unlimited mascara is great.”

On blowing off steam:

“The first and last thing I do every day is pray. When I left home in Melbourne, Australia, two and a half years ago to model, I felt a bit disconnected. Now that I have a regular prayer routine, I’m more grounded in that space.”

On the failure of the news feed:

“My family is from South Sudan. My mom was pregnant with me when she left the country due to the war. Right now there’s a massacre going on at home, but you don’t really see much coverage about it. People need to be aware that people’s real lives are being affected.”

Tired Of Your T-Shirt?