The original 1989 animation about a 16-year-old mermaid who makes a dangerous deal to become a human for three days is being re-imagined for the big screen next year. The mermaid in question? R&B singer Halle Bailey. She is best known for being one half of musical duo Chloe X Halle with her sister, but she has flexed her acting skills on American sit-com Grown-ish.

Prepare to go under the sea once again because the best Disney film of all time is coming back to our screens. Yep, a live-action remake of The Little Mermaid has been confirmed and we couldn’t be happier.

On the news of her casting, the 19-year-old posted an animation of herself as Ariel to Instagram with the caption: ‘dream come true…#thelittlemermaid”.

The film’s director, Rob Marshall, said: “After an extensive search, it was abundantly clear that Halle possesses that rare combination of spirit, heart, youth, innocence, and substance – plus a glorious singing voice – all intrinsic qualities necessary to play this iconic role.”

The internet has been quick to praise Disney for casting a young black woman, and the significance it will have for today’s generation of black girls.

.Halle Bailey will be the first black Princess in a live action in 22 years!

Now she joins Brandy as the only Black Princess in Disney history, congrats! ?? pic.twitter.com/MwKIWOevf5

Halle will be joined by Room’s Jacob Trembley and Crazy Rich Asian’s Awkwafina who will play Flounder and Scuttle. Melissa McCarthy is also in talks to play Ursula.

As for the music, Disney is giving the crowd what they want with the return of beloved songs from the animated classic (hallelujah), along with some catchy new belters to sing along to.

The announcement of The Little Mermaid is the latest in a string of recent Disney animations that have been re-invented including The Jungle Book, Beauty and The Beast, Aladdin and The Lion King. It’s safe to say our inner child is very happy right now.

While no release date has been announced, production is anticipated to start in early 2020.

Welcome back Ariel, we’ve missed you. 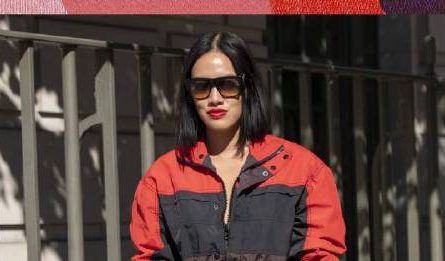 Get ready, every influencer’s favourite brand is about to open its first UK store in London