The more miles women ride – on their bikes – the better their sex lives are, a new study suggests.

Their improved sexual function came at a small price, however, as female cyclists were more likely to get bladder infections and saddle sores.

The new research, involving more than 3,100 women, should help to quell fears instilled in female cyclists after several small studies suggested a link between cycling and sexual and urinary dysfunction.

Instead, researchers from the University of California, San Francisco, found that women who rode bicycles actually had better sexual function than other athletes that acted as controls for the study.

Contrary to past concerns, omen who biked were only at risk for urinary tract infections, saddle sores and some genital numbness in the study’s short term.

However, the authors did note that these could eventually contribute to other sexual function issues later in life.

In the last several years, riding bicycles – especially stationary ones, in spin classes like those offered by the popular SoulCycle chain – has become an increasingly trendy way to get a workout for women.

Biking is a great way to tone your legs, abs and even butt, but the seat is not anatomically optimal.

While sitting in a normal chair, body weight is distributed fairly evenly to each buttock, leaving the area where both male and female organs rest, the perineum, pretty free of pressure.

Bike seats do not offer the same luxury.

While peddling away, most of your body weight is squarely (and narrowly) supported by the perineum, and, according to a Harvard health blog, that position cuts off blood flow to the clitoris and labia (the penis suffers the same deprivation in men).

That constricted blood flow explains the numbness some people experience after a particularly long bike ride, but some research has suggested the damage is more long-lasting.

But, as the new study points out, most research linking female sexual dysfunction to cycling has been done on small sample groups of subject who ride very frequently and extensively.

The UCSF researchers studied more a large group of more than 3,000 women, including cyclists of all levels and non-cyclists. About one third of the subject rode, and more than half of that group were ‘low-intensity’ cyclists.

We believe that cycling might improve the sexual health of women
Thomas Gaither, lead study author and UCSF medical student

The friction and pressure of the bicycle seat against the genitals and buttocks did mean that women who rode – even at a ‘low-intensity’ level – were more to get saddle sores and numbness.

A healthy vagina has many diverse bacteria living in it, but repetitive up-and-down motions of the legs while riding a bike while confined against the seat can push more of the bacteria into the urinary tract.

The study, published in the Journal of Sexual Medicine, confirmed that the cycling cycle did raise the risks of urinary tract infections for female cyclers.

But riding had quite the opposite effect on overall sexual function.

As measured by the Female Sexual Function Index – a formal questionnaire that scores a woman’s sex drive and activity through questions about her arousal, orgasms and satisfaction – female cyclers were more highly sexually functioning than women who stayed off wheels.

They were also less likely to report any sexual difficulties or dysfunction and did not show an increased risk of other urinary issues.

‘One of the more novel findings of the study is that lifetime miles ridden were directly correlated with saddle sores and urinary tract infections,’ Gaither said. 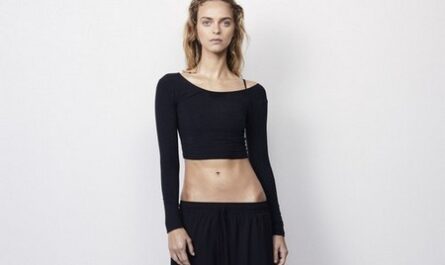