Skip to content
11.05.2021
Our life
“The sauna on Fridays is our tradition,” the husband says to his wife and, with a calm conscience, goes to gather with friends. A situation familiar to many. However, the attitude to this situation in individual families varies. If one spouse, having sighed, once again after a sit-in will put the blessed one to sleep, the other will continuously scandal and raise her husband. When you need to be alert, and how the wife can understand if the husband did not like the bottle more than her own, the SHE correspondent learned from the specialists. 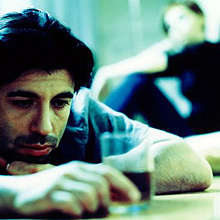 A habit or a whim?
According to the narcologists, the risk group for the emergence of alcohol dependence today includes men from the very beginning of the heyday of power – from 18 years and up to the pre-retirement period. And according to WHO, 8 out of 10 people in Russia have already been enslaved by a green dragon. Doctors say that alcoholic illness is characterized by behavioral disorders, and the line between the “good Friday tradition” and the dangerous dependence is thinner than it seems. “The very habit of doing wrong things (in this case, the habit of regularly drinking) is already a violation of behavior, and even if there is still no pathology, a person already needs to be educated, otherwise it can lead to serious consequences,” comments the doctor-narcologist, director Oriental Luxury Oriental Medicine Center Stanislav Grakhovsky.

Well, in order to understand how far the “wrong actions” of your man went, it is worth asking yourself and him a few questions. Doctor-psychotherapist of the clinic “Insight” Igor Lyakh notes that there is a certain stable set of criteria (medical and psychological) by which you can calculate the disease.

Of the many medical criteria that only a doctor can handle, the most vivid and clear is perhaps useful for the layman: “If a person is ill in the morning – this indicates that he did not control himself in the evening. It is clear. But if at the same time he tries to remove the hangover syndrome with a new portion of alcohol – this is an obvious alcoholism, “Igor Lyakh comments.

A number of psychological criteria by which alcoholism can be indirectly or explicitly identified is logical and includes the following elements:
• If a person during a feast can not control himself. The simplest criterion, and yet the most important one. “I want”, “I want” and “I can not not drink” – these are all stages of the development of psychological dependence. And if the humorous excuse about “beer without beer” or its variations began to be repeated too often, then this is a reason to think seriously.
• At the same time, a person is absolutely sure that he a) controls himself and the level of fluid in the glass and stomach and b) from alcohol really relaxes, even if you know perfectly well that it is not.

“A person has the illusion of control over his own consciousness, he drinks and thinks that in this way he effectively struggles with stress, although alcohol does not really stop the stressful processes,”

Igor Lyakh explains. Those who still share the myth of alcohol as a “cure for nerves”, their views can begin to be reviewed. By the way, drinking alone (the reason is usually the same) are the loyal potential clients of the narcologist. 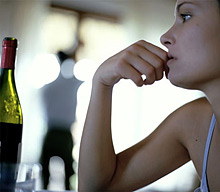 • Another bell, which is worth listening to, although it is at first glance invisible, is a situation where alcohol is given too much importance. A zealous concern about the fullness of the bar, the use of expensive alcohol as a gift, enthusiastic talks about the cost of a drink or a competition “who will last longer” are innocently reminded of the priorities of this person and about what these priorities can lead to.

• Last but not least: the regularity of drinking alcohol with a definite goal of reaching a certain state more than three times a month, according to narcologists, is already a dangerous periodicity.

Opaque origins
Among the reasons that cause alcoholism, experts traditionally distinguish the Russian “cultural tradition”: it is considered indecent to not drink at a holiday, they all know this well, sometimes they argue about this and still drink. And when a person knows everything, but can not feel the holiday without a drink, this is already a sign of the disease, according to doctors.

The second point is the desire to absolve oneself of responsibility for what is happening – with him, the family or his wife.

“Alcohol for a man is the right way to create comfortable living conditions for himself, to avoid conflicts, and from male responsibilities: male alcoholism is usually accompanied by impotence.

A man drinking, as if equating himself to a woman: he can not perform his conjugal functions, in addition, he removes the need to control his emotions and bear any responsibility. This mechanism of behavior is often found in emotionally immature men who experience constant internal dissatisfaction, “Stanislav Grahovsky comments.

If we consider the figures and compare them with the data on which part of the male population is regularly applied to the bottle, there is one big question about the general level of emotional maturity in a modern man. In this case, I do not want to believe statistics about 80 percent. 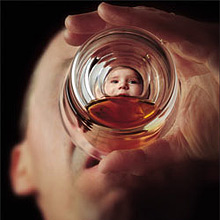 And the traditional occasion on which a person begins to drink, are problems with communications, including inter-pockets.

Narcologists note that in most cases of male alcoholism it is the woman who unconsciously provokes a man to abuse.

“Contrary to the opinion that the drunk is uncontrollable, she knows that it is easier to control drunkards. The close environment of the drinker is always interested in the current situation, because these are ideal conditions for manipulation. Spouses play a game where the wife plays the role of a caring mother, and the husband becomes a child, “says Mr. Grakhovsky, the psychological background of such relations. He notes that when at least one of the participants in the game leaves the role, the situation always changes radically: “If the husband stops drinking, he becomes afraid, because he becomes more demanding, takes on a male role and becomes the father of the family.”

But the reverse mechanism also works: in the practice of doctors, the correct influence of the wife, who realized her co-dependence (as doctors call such tandems), can be cured by the spouse. For this, it is not necessary to spice up medicines in the tea of ​​the spouse, which arouse aversion to alcohol (this can be dangerous if not prescribed by a doctor), but it is important, and it is paramount to talk with your husband, of course, when he is sober and voice the problem. The drinking person’s outbursts of desire to get rid of “once and for all” are very regular, but they are not helpers in treatment (because they are impulsive and just as easily pass). The main thing is to form a drinker and all those around him not a desire, but a spirit to be healed.

If the husband is sure that everything is in order with him, the doctors give a simple advice: talk to him and ask him to calm your soul with a conversation with the narcologist. If you could not explain to your faithful that what is happening to him is destructive, hand over responsibility to a specialist, not forgetting your own role in this story. 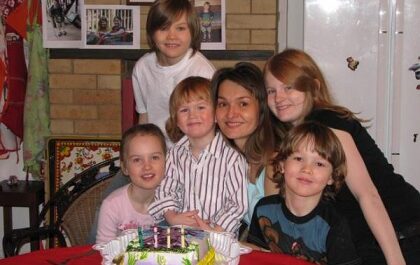 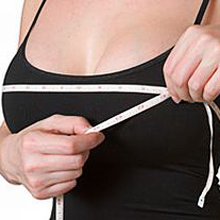