The modern family is often quite different from the one that was a couple of decades ago. According to VTsIOM, in Russia the number of supporters of the patriarchal model is steadily declining.

More and more people of both sexes believe that in the family equality is better than submission, although the traditional model still impresses men more than women (it is still preferred by 38% of men and 27% of women).

What does the modern family look like from the point of view of sociologists and psychologists and how does the conflict of power in its modern version resolve, the correspondent of SE explained.

With the fact that the traditional patriarchy has remained in the past, very few people will argue today. “For a modern developed post-industrial society, patriarchy in terms of interaction between a man and a woman is not promising,” says sociologist, conflictologist Irina Skalaban. Patriarchy in the classical sense is primarily the economic and social dependence of a woman on a man. Today, a woman can earn, in the economic sense, she is able to survive without a man. 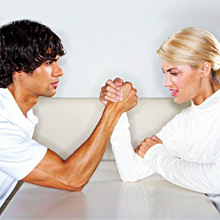 On the other hand, the traditions of male domination in the family are rooted deeper and, as sociologists say, are consciously cultivated through the transfer of social roles.

“There is a category of women who perceive the patriarchy of an industrial society as a conscious withdrawal from responsibility – this is the modern patriarchy. The question is whether the man is ready to take on this responsibility,“the sociologist sums up. If in a traditional society he did not have options, today a man can choose whether he wants to play this role or not. If he was brought up by his mother, he may simply not be able to play this role.

According to the psychologist of the Perinatal Center Tatiana Skritskaya, the most prosperous families are those in which roles are clearly distributed, and in the traditional way: it is easier to raise children in such families. But this is not the only thing: after all, a man who is ready to take full responsibility for himself has a stronger family than someone who tries to share in all powers (this situation often ends like in a fable about swan, cancer and pike). Sociologists consider the most enduring families to be those where the role expectations of women and men coincide. In the Russian reality, the expectations of most women from men begin with the words “to be like a stone wall,” so the classical model is indeed more effective.

The couple agreed on the distribution of roles or not – the question is not idle: “The struggle for power arises where there is a clear discrepancy of role expectations. Any conflict, in fact, is a field for the implementation of the conflict for power, and under the rule of power is meant the ability to dictate rules and make decisions, “comments Irina Skalaban. Depending on which sphere is relevant for a person, there he wishes to manage and realize.

It is unlikely you will find at least one family in which there will be a dispute about who in the family is the breadwinner. But the right to decide what money to spend, everyone wants to get. Men, according to VTsIOM research, in the majority believe that a wife can be responsible for small daily purchases, and decisions about large spending should be made by a man or at least jointly. This is typical even for those who earn with his wife on an equal or almost equal footing. And if a woman actively proves her financial independence, but does not take into account that a man is not ready to play this game – there is a conflict. 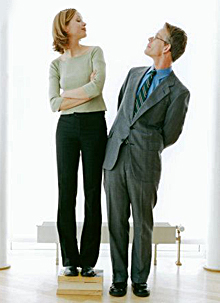 The solution in such cases is a variant of ritual paternalism, when a man really does not occupy a leading position, but both partners observe the rules of the game “husband-master” and keep the relationship.

Irina Skalaban notes that modern models of relationships in the family are much more complicated than the two options, and often today one can meet the situation when decisions are made by a woman, but are invested in the man’s mouth. It is important to separate the conscious role-playing game from manipulation, to distinguish between subtle playing along with bargaining in its own interests.

A typical area of ​​the women’s power is the maintenance of the house. Tatyana Skritskaya notes that women often take on the whole domestic sphere at the beginning of relations, and the man can easily get used to it, which is the reason for serious conflicts in the future (“Why do not you help me?”). As Irina Skalaban said, it is not accepted for us to realize this, but household chores are also work, that’s why men so easily give economic powers (including all necessary expenses for this) to wives, because they perceive this as a natural distribution of work responsibilities. That is, he perceives himself as a getter, and a woman – as a mistress, regardless of the actual state of affairs. The situation, when the husband watches over dinner and a child, is still exotic in our country, although it does not cause surprise in civilized countries.

According to Irina Scalaban, there is only one criterion for the successful completion of family conflicts: both sides should be satisfied with his decision, and the question of how your decision will be appreciated by others is secondary. According to her, public opinion is a scourge of Russia.

Very many conflicts inside the modern family, especially the young, come from outside – because of the desire to meet someone’s expectations, including relatives.

Career of his wife is no less important than her husband’s career – this is the opinion of every second person in the survey. Moreover, men more often than women think that a married woman can not stay long at work, because she has responsibilities in the home. Again, there is a role conflict: a woman wants to use time spent at home, for her development, a man expects her behavior of an exemplary mother. 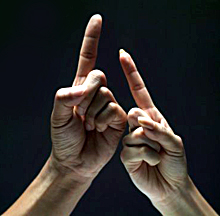 It happens and vice versa: a man who is accustomed to seeing in the wife of an active woman, suddenly finds out that she likes to stay at home and does not want to work. Psychologists insistently recommend discussing such issues before registering the relationship, so as not to get an unpleasant surprise, as it is very difficult to re-educate and change a person’s values. If there are two careerists, they are in some ways easier, but because of competitive behavior, there can also be conflicts.

If the wife is going to mum, and the husband is attached to the TV, this can be an excellent field for conflict. Psychologists recommend in such situations always ask yourself the question: what is more important for me now? If you keep the world more important – you can give in. But at the same time always explain to the partner what you feel, why you are doing this or that step, and to offer variants of a compromise. If the spouse is attuned to a partnership, he will understand you and will take steps to meet you.

Do not go to extremes, quietly undergoing the vagaries of a spouse or trying to control it in small things. After all, the way he turns off a sweater or likes to rest does not deprive him of the main quality, because of which you began to live together: you are better together than separately. 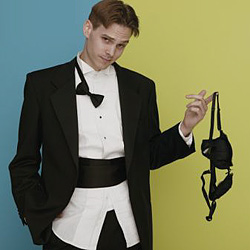 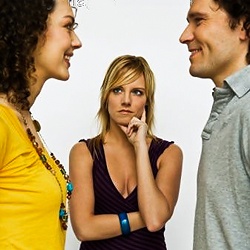