A woman who lost her jaw to cancer has undergone pioneering surgery in a UK first – and seen 9cm of bone grow back as a result.

Val Blunden, 55, had part of her jaw removed after battling mouth cancer in 2016, and was fed through a tube and left with restricted speech following two failed reconstructive surgeries.

But the second episode of the BBC Two show Hospital saw Val, a former postwoman who said losing her jaw had made her ‘a different person’, undergoing a distraction osteogenesis procedure in a bid to encourage her jaw to grow back.

It involves cutting an existing piece of bone in two and separating the sections – encouraging new bone to grow to fill in the gap.

Val’s operation, which saw her fitted with a facial frame to act as ‘scaffolding’ around which her own bone and tissue can grow back, was a success – and the bone has already grown 9cm since the operation in January. 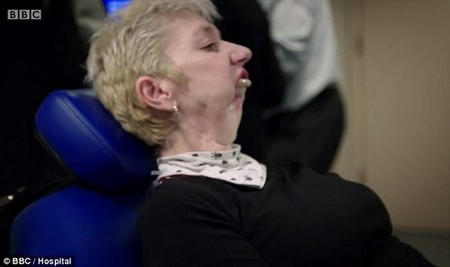 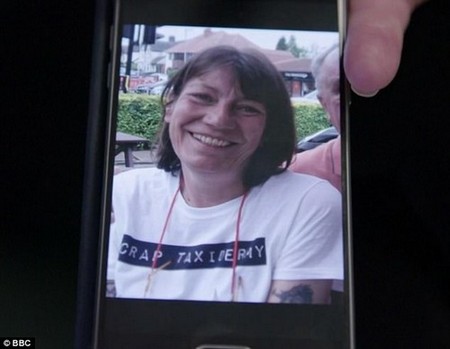 Val Blunden pictured before she was diagnosed with mouth cancer, she had part of her jaw removed 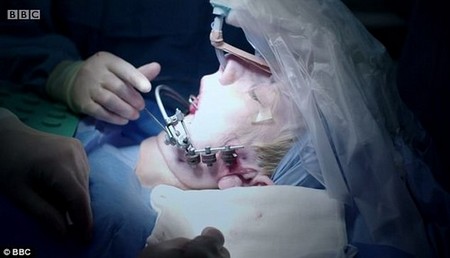 Val’s procedure was almost cancelled when the NHS postponed 55,000 non urgent operations earlier this year, but her consultant fought for the specialised procedure to go ahead, because his patient was ‘suffering’.

It required four consultants in the operating theatre to fit a facial frame as Val’s remaining bone was pulled apart.

The surgery was a success, and her jaw has now grown 9cm, but Val’s facial frame will remain in place for some time to allow the bone to grow further and strengthen.

Distraction osteogenesis surgery separates pieces of bone slowly to allow new bone to grow in the gap, making it longer.

Val’s consultant surgeon Dilip Srinivasan had never performed the procedure on a full jaw, and brought in a consultant from a hospital in Val’s local Wolverhampton to Nottingham University, where he works, to perform the surgery. 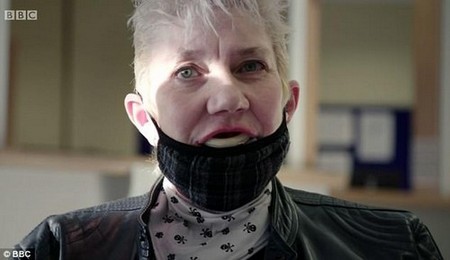 Val’s procedure was almost cancelled as part after 55,000 non life threatening operations were postponed by the NHS earlier this year

In the surgery they were able to grow her jaw by 90 millimetres, and it has since grown by 5cm in total

Her surgery had almost been canceled because of the postponing of all non-urgent and elective surgeries.

What is distraction osteogenesis?

Distraction osteogenesis is a process to make a larger bone out of a shorter one.

During surgery a distractor pulls two pieces apart, which is a relatively pain-free procedure.

Over the course of a few months new bone grows to fill the gap, the process known as osteogenesis.

When the new bone is strong enough the distractor are removed in another operation.

However, Dilip convinced hospital bosses that while the surgery wasn’t a matter of life or death, it had an enormous bearing on Val’s quality of life.

Val’s final surgery to remove the frame will happen this May.

In January 2015 she found a lump between her tongue and following diagnosis has had glands, chin, lower lip and part of her tongue removed.

Two skin grafts to reconstruct the jaw failed, and she was unable to use a prosthetic replacement.

Val said losing her jaw had completely changed her life, and made her a different person to the one she was before cancer.

She explained: ‘I used to be quite outgoing. I was a post lady before, I loved my job. I’ve had to pretty much stop everything.’

The surgery was a success but Val’s jaw must continue to grow before she has the frame removed.

The unprecedented move to cancel non-urgent procedures to free up beds and frontline staff was made by NHS bosses in January.

Up to 55,000 non-urgent operations were postponed until February, along with thousands of outpatient appointments and scans.

Strict rules regarding single-sex wards were waived, while doctors were also expected to man the doors in A&E.

For part of the winter crisis, which lasted from around November to February, the Queen’s Medical Centre was put on ‘black alert’, meaning it was operating at full capacity with no beds left.

During one week a patient arrived at A&E every two minutes, prompting 346 operations to be cancelled in January alone.

Hospital returns on BBC next Tuesday at 9pm

On World Suicide Prevention Day, we discuss the signs to look out for and how you can help

This is the skincare regime Kayla Itsines says cleared her acne 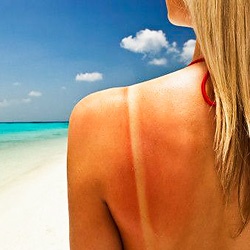