Speaking to Variety, the chair of BAFTA’s film committee, Marc Samuelson, said there was an “infuriating lack of diversity in the acting noms. It’s just a frustration that the industry is not moving as fast as certainly the whole BAFTA team would like it to be.” 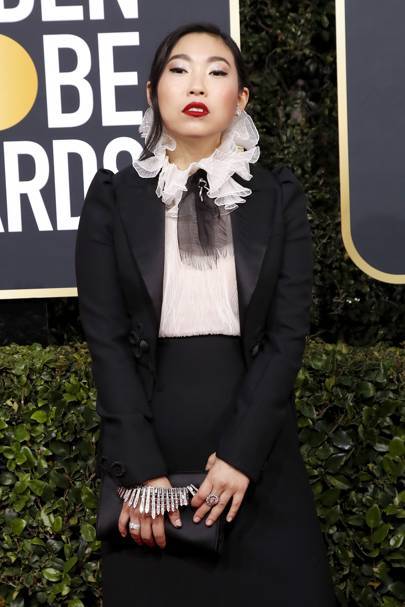 The BAFTAs are the ultimate celebration of movies in the UK, but as the nominations for the British Academy Film and TV Awards are announced there is a backlash over the lack of diversity, with all 20 of the main acting nominations going to white actors. There is also an all-male line up in the best director category.

Social media has gone into a frenzy over the lack of representation in the nominations, with some claiming other films such as Us, Hustlers, Harriet and Queen Slim, which all feature diverse casts, have been overlooked.

However, the nominations for the [link url=”https://ee.co.uk/why-ee/ee-baftas” no follow=”true”]EE Rising Star award[/link] are far more diverse than the rest of the award categories, with Awkwafina – fresh from her history-making Golden Globe award win as the first Asian actor to win a leading actress award at the awards – Michael Ward and Kelvin Harrison Jr all nominated.

As we dissect the nominations, here’s everything you need to know about the BAFTA awards 2020…

The Awards will take place on 2nd February 2020.

Where will the 2020 BAFTAs take place?

The BAFTAs will take place in the Royal Albert Hall.

The ceremony will be broadcast on BBC One on 2nd February at 8pm, and be available on catchup on BBC iPlayer after the fact.

The nominations for the annual award for breakout talent was announced the day before the full BAFTA nominations, with Fighting With My Family star Jack Lowden up against Crazy Rich Asians star Awkwafina for her dramatic turn in The Farewell, which she won a Golden Globe award for. Kaitlyn Dever, who starred in the heart-breaking Netflix drama Unbelivable, about a girl who reports a rape but is not believed, as well as the hilarious Booksmart, and Micheal Ward of Top Boy fame are also nominated. Rounding off the nominations is Kelvin Harrison Jr, who received critical acclaim for Netflix’s Mudbound and It Comes At Night, which earned him a Gotham Independent Film award nomination for breakthrough actor.

The award is the only category that is voted for by the public and you can cast your vote HERE.

What are the BAFTA Nominations?

1917
The Irishman
Joker
Once Upon a Time… In Hollywood
Parasite

Outstanding debut by a British writer, director or producer

Bait
For Sama
Maiden
Only You
Retablo

Film not in the English language

1917
Avengers: Endgame
The Irishman
The Lion King
Star Wars: The Rise of Skywalker

4:3
Creepy Pasta Salad
Grandad Was A Romantic
In Her Boots
The Magic Boat
My Dad’s Name Was Huw. He Was An Alcoholic Poet