As surgeons globally see a rise in interest in plastic surgery after lockdown, two Glamour editors share their own experiences of cosmetic procedures.

Looks like all those Zoom calls and the intensity of staring at our faces all day, has had a curious impact. 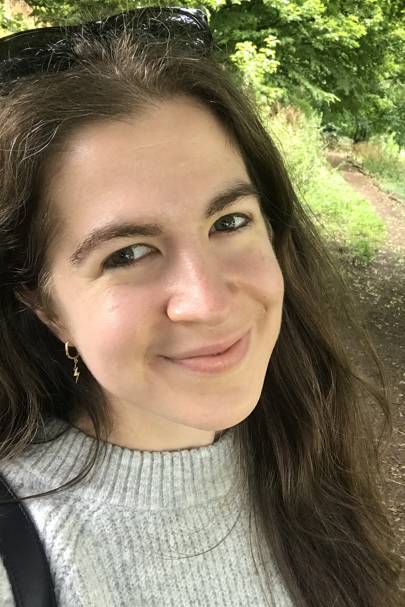 Would you have guessed I’ve had cosmetic surgery? No, not botox, not filler, but full on- under-the-knife old school surgery? Not many people I meet do, which of course is great; no one wants to look done but there’s also a more depressing reason I’ve observed:

“I would never have guessed; you just don’t seem the type”

What is the type I wonder? Blonde, big boobs, excessive makeup – a dim, vacant expression? We hear that cosmetic procedures; from tweakments to full-blown surgery, are on the rise, and openness about them is too – yet I still see a pervasive negativity, a profound sense of judgement about a woman who decides to augment her appearance. The assumption is clear; surgery equals bimbo, or at the very least a superficial, appearance obsessed, trivial individual.

What often gets lost in these discussions, is that the majority of these cosmetic decisions have innately personal reasoning behind them.

When I was 25, I went under the knife for maxillofacial surgery; which repositioned both my upper and lower jaw, dramatically altering my jawline. The justification was medical – it was on the NHS – as this was an issue that affected my eating, speaking and breathing. Yet- not traumatically so. I was desperate for this operation, and can honestly say my reasoning had nothing to do with my inability to eat an apple. I would have spent my life savings on it if I had to.

I had been fixated on my jaw since I was a teenager, and first started to notice that my face was a little off-kilter. Once I was in my early twenties I had a permanently displeased resting face, a distorted profile. It wrecked my confidence, which was admirably high for a woman convinced she had an actually objectionable face. I knew fixing my jaw was the missing piece in my overall wellbeing.

It’s what you’re not meant to think- that one tiny aesthetic tweak can fix your mental health. But I knew myself very well. I knew my jaw was holding me back and taking up an unwelcome amount of space in my brain- space I desperately wanted for more important matters. I didn’t think it would make me look like a supermodel, I thought it would make me look more like myself- as mad as that sounds.

The procedure was long (roughly four hours) and painful (especially when you wake up to find out the morphine hasn’t worked) and had a drawn-out and unpleasant recovery period- featuring everything from constant nose bleeds, vomiting, headaches and a three stone weight loss in a month.

But it remains the greatest decision of my life. Do I feel fantastic and supremely confident every day? No. But I feel at peace- my overall sense of happiness has been stratospherically elevated and I’m no longer distracted and consumed with my facial insecurities. Instead, for the six years since my surgery I have finally been able to smile.

“I felt worse about myself than I ever had before I’d had the injectables.” 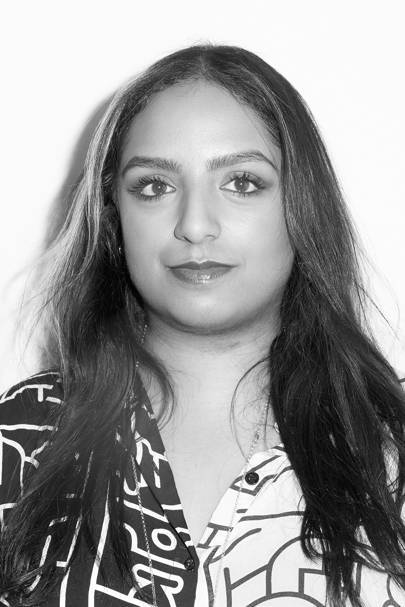 Scrolling. I feel like most of life’s new ills start right there. The mindless flick of a finger followed by images that either make you feel good, or utterly bereft. It was the latter for me back in around 2015.

Social media was still in its infancy for many, but it was a big topic on the beauty press trips we’d have to go on. Everyone would be talking about how amazing a certain model or celebrity looked in their newest post – and I felt a bit of shame sometimes that I didn’t know who all of them were. So, I did what most people would do, and went on a following spree. Gone were the cute dogs, musicians and cool alt girls I followed. Instead, my feed was full of slinky, toned, bronzed bodies that seemed to have dropped from planet perfection, directly onto my phone screen.

That was fine for a while – I felt totally removed from them, and like they weren’t real – afterall, I’ve seen the airbrushing that happens on social media feeds, magazine covers and ad campaigns first-hand. But after a while, particularly as my work environment at the time was already eroding my soul, I lost sense of the fakery of it all. I just kept staring at this perfection in a haze. My brain stopped reminding me they’d all been facetuned to hell and back, I didn’t consider the amounts of cosmetic surgery and enhancements that also went into these faces and I just accepted what I saw as the resolute truth.

I was probably in the worst job to feel that way because I had doctors and procedures at my fingertips. I had a consultation with a cosmetic doctor and they pointed out things I was secretly paranoid about, like that my upper lip was smaller than my bottom, and that the nasolabial folds or lines around my mouth were ageing me. But they could be fixed with the smallest amount of filler – so I did it, then and there.

Afterwards (it’s more painful than anyone lets on, by the way) I looked into the mirror at my new face and at 30, I could have passed for say, 26. A win, I thought. Friends did notice, the tell-tale, the slightly sticky out upper lip was a give-away. And it took some getting used to physically too – I couldn’t smack my lips together anymore, which was odd – and when I smiled too much it felt slightly uncomfortable around my eyes. But overall, I did look younger, which I guess is what I wanted.

But it was the aftermath that really screwed with my mind. I watched the new face I now enjoyed (and felt was my own) disappear after 4/5 months. The nasolabial lines came back. My lips deflated and were actually a little bit wrinklier now because they’d been stretched. Each morning I’d peer into my bathroom mirror, dial up the lighting to blinding and examine my real face as it crept back in like a unwanted marauder. I now felt worse about myself than I ever had before I’d had the injectables.

So, I panicked, and I went through the process one more time before deciding I couldn’t and wouldn’t spend my 30’s doing this to myself. Instead, I turned to my skincare routine and invested more time and energy into that. I did more facial massage as an act of self care, I took more supplements to bolster my general health and I started having incredible electro-current facials at KMP skin with facialist Katherine Patterson, that actually softened those nasolabial lines in a more natural way.

I totally get that we all present the best versions of ourselves on social media. And I get that we all want to look our best – I feel the same. But I actually think it’s created an epidemic where women are being made miserable by false versions of reality and ageing standards.

I do think tweakments, surgery and Facetuned images presented as real life and real faces are creating a modern-day corset for women. I do believe it’s unfeminist to have work done and claim you haven’t – as so many celebrities and social media stars do – because they’re presenting it as if they just woke up like this.’I also saw – when I stepped back from it all – that the faces I was glaring at were mostlycaucasian and straight-sized, and neither of those represent me, or my ideal of beauty.

My biggest advice – fill your feed with new definitions of beauty, age and brilliance – and click unfollow or mute on anyone who makes you feel lacking. That single move has honestly changed how I see my face more than filler ever could.

Why you should get a ‘blunt lob’ right now

Textured skin on a tight budget