Now as the new face of Mugler’s Alien Goddess fragrance, the extraordinarily brilliant Willow opens up in the latest episode of GLAMOUR Unfiltered about challenging convention, managing her mental health, the impact of Black Lives Matter and her desire to meet aliens: “If there are any extra terrestrials looking at this right now, beam be up because I’m down to meet your leader.”

Willow Smith has been famous since birth due to her Hollywood royalty parents, Will Smithand Jada Pinkett Smith. She made her acting debut alongside her Dad aged 6 in I Am Legend and has been a rock star in her own right since the age of 11 when her debut single Whip My Hair ranked in the top 10 of the Billboard charts.

More recently the 20-year-old has also become one of the most outspoken and influential spokespeople of Gen Z thanks to her role alongside her mother and her grandmother, Adrienne Banfield-Norris, co-hosting Facebook’s hit panel show Red Table Talk.

On the show the three generations of women discuss everything from pop culture to polyamory; social justice to social media and mental health. It’s a powerful exploration of mindsets, changing attitudes and philosophies as well as a sharing of life experiences and lessons. To say it’s inspiring stuff would be an understatement.

How important is it for you, especially as a member of Gen Z, to challenge tradition and conventional wisdom?

Or it’s not okay for them to express what’s inside of them if that’s not outwardly hurting anybody else. I think that I would need to stand up against anything that tells anybody that who they are is not okay.

What do you do to consciously try and be your authentic self?

Something that I do to practice being the most authentic version of myself is every day, there’s going to be an opportunity where you can say what’s really on your mind, or you can just try to not rock the boat.

What does femininity mean to you?

I think femininity is whatever the woman or the person who’s feeling the vibe…when I think about femininity, I think about being socialised as a woman, not really like the divine foundation of where that energy comes from. And I believe that living on earth and observing nature has taught me so much about what the divine feminine truly is and the amount of nurturing and caring and honestly tough love and power that Mother Earth represents. Mother Earth is the ultimate mother, so I get all of my femininity advice from her.

What impact has growing up in the public eye had on you?

I think at a very young age I had to accept that you can’t change how other people think or feel about you because their reality is their reality. The only thing you can do is try to do something good with what you’ve been given…And so I just try to be of service, because that’s all that matters really.

What have you learned from your parents? 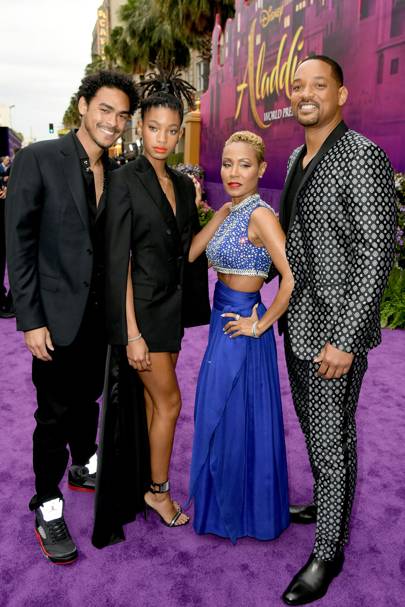 What impact has the last year had on you?

I’ve had a lot of time to sit and just think about a lot of my childhood traumas that still seep in to my life today. Spending so much time at home and having so much time on my hands to explore those things…sometimes you’re not even choosing to address these things, but they’re coming up so you better address it or it’s never going to get fixed. Just being patient with myself and knowing that it’s all a process.

How do you manage your mental health?

Yesterday, I had a pretty gnarly anxiety attack and I just needed to do some mantras. One of the mantras that I repeat when I’m in a bad way is, “I’m grateful for everything in my life. Even the things that don’t go the way I want them to.”

Is there anything specific that triggers you?

From being in the limelight from such a young age, there’s a huge trigger of feeling like I’m only valued when I’m entertaining or when I’m performing and I’m not valued as just me… That hurts, because everyone wants to be loved, not for what they do, but for who they are. When I start to feel like I’m only being valued because of my performance or because of anything that doesn’t have to do with who I truly am, I get very triggered and very, very anxious and sad and scared very quickly.

You’ve spoken about how some people can be quite surprised that you, being a Black musician, performs Punk-Rock, Metal, as opposed to R&B. How do you react to this? What do you think about such lazy cultural stereotyping?

This is the thing, people of colour, not even just in the rock world are underrepresented in general. Specifically, women of colour. It’s not even just about Rock, even though that’s a very heavily white male dominated space. I think that I just wanted to express my desire and my anger at the fact that people of colour and women of colour haven’t been given the freedom to just be who we want to be, without being challenged for it and questioned because of it and all of these different things. Honestly, even being attacked and violently attacked because of it. I can’t tell you how many death threats my mom got on the Ozzfest tour. People actually throwing stuff at her on stage. It was intense there for a minute, but she kept her head up and she was like, “this is what I want to do. And the hate isn’t going to make me not do it”. She really just showed me what womaning up was all about and she really showed me what standing up for who you are is all about.

What impact did Black Lives Matter have on you?

It’s about time. We’re sick and tired. We are done being pushed to the side, attacked, violated, and no one caring. We’re just done. And it’s honestly that simple at a certain point. 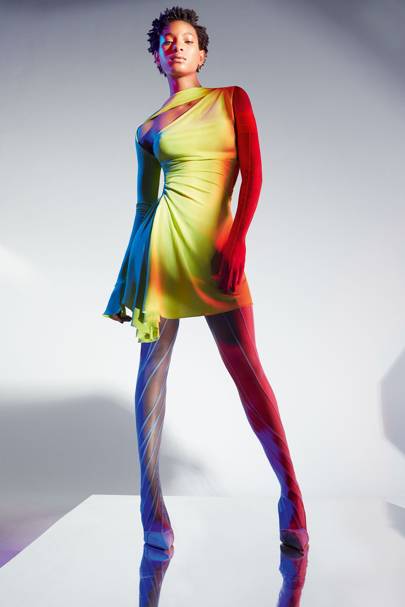 You once said everything you do, you want to be a mixture of activism and artistry, can you elaborate on that?

I want my musicto serve a double purpose of you can listen to this and have fun and turn your mind off and live in the moment. But also you’re not going to be ingesting poison into your mind. It’s actually going to be planting a seed that is going to help you later in life and not give you these weird murky, dark feelings and thoughts later in life that you really didn’t know where it came from because you were listening to this negative hateful music… You are what you eat.

We can connect to more people than we’ve ever connected to, and we can create things and have conversations that we would’ve never been able to have… And that’s a beautiful thing, that can elicit world changing events. But there’s also inevitably a dark side of… It’s starting to erode the efficiency and honesty and ease with which we can communicate with people in our close knit community.

When do you feel the most empowered?

What are the biggest lessons or revelations you’ve learned from your mom and your grandmother on Red Table Talk?

One of the biggest things I’ve learned from them is you have to live who you’re not to know who you are. Both of them have been through so much and lived so many different lives in their one life…To me, that’s just such a beautiful thing to take all of the different experiences, all of the different heartbreaks and pains and horrendous mistakes and put it all together and create a goddess warrior of a woman of herself.

What’s the best piece of advice you’ve ever been given and by whom?

Honestly, I think it was a statement of saying that the only thing that truly matters in life is having meaningful connections with your fellow brothers and sisters. That’s what I’ve surmised from countless amounts of Osho Talks that I’ve listened to. Radhanath Swami books that I’ve read, and just a compilation of all of the spiritually evolved people that I’ve spoken to and what they’ve said to me.

And finally, do you believe that there is Alien life out there?

100%! Come on! The universe is infinite, and we know this scientifically. There is no way that there’s not infinite amounts of species out there doing their thing, kicking it around and wondering the same question, whether there’s some other people out there. Hopefully one day, if there are any extra terrestrials looking at this right now, beam be up because I’m down to meet your leader. 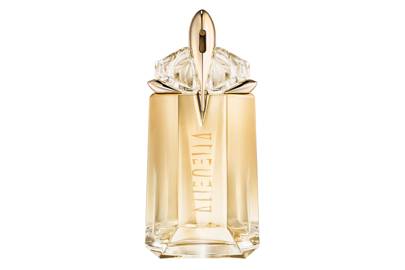 A celebrity hairdresser reveals the secret to heatwave-friendly hair

Here’s how to get that plump, juicy skin in 7 simple steps