Interview with Dr. Gail Wilensky on physician payment under MACRA and efforts to improve health care outcomes and value. (11:20) Download

In the past, I have argued that Medicare needed to move away from its reliance on the Resource-Based Relative Value Scale (RBRVS) and the Sustainable Growth Rate formula (SGR) for physician reimbursement if it was serious about supporting value-based health care delivery.1,2 Indeed, the RBRVS–SGR combination represented the opposite of a value-based system: reimbursement reflecting the average effort and expenses of a physician providing a given service, in a system that assumed the “collective guilt” of physicians, in that all physicians’ Medicare fee-for-service reimbursements were adjusted according to whether aggregate Medicare fee-for-service spending for physicians grew faster or slower than the overall economy.

With a level of bipartisan support that has become rare, Congress passed the Medicare Access and CHIP Reauthorization Act (MACRA) in 2015, eliminating the SGR. The purpose of the legislation was to move Medicare toward reimbursement based more on outcomes and value. The Medicare Payment Advisory Commission (MedPAC) has now questioned whether the current version of MACRA accomplishes these goals or even moves the system in a better direction.

MACRA provided for 0.5% increases in physician payment for the first 4 years. Starting in 2019, physicians’ Medicare payments will be adjusted according to the quality and efficiency of their care. Physicians participating in an advanced alternative payment system (A-APM) requiring that their practice take “upside and downside” financial risk (i.e., be subject to both gains and losses) depending on physician performance will receive a 5% bonus for each of the years 2019 through 2025. Those who are not part of designated risk-sharing arrangements or otherwise exempted will receive payments for Medicare services based on a Merit-Based Incentive Payment System (MIPS). The latter concept is now the focus of considerable controversy.

The MIPS consolidated three existing quality programs: the Physician Quality Reporting System (PQRS), the Meaningful Use program for electronic health records, and the Value-Based Payment Modifier. Physicians who refuse to report the required quality data are subject to a penalty, and the Centers for Medicare and Medicaid Services (CMS) estimates that 3% of physicians are facing such a penalty for the 2017 reporting year.

MACRA rules to date have exempted a substantial number of “low-volume” clinicians from the MIPS. As of 2017, the low-volume threshold excludes clinicians who have fewer than 200 Medicare patients or who receive less than $90,000 in Medicare Part B payments. These rules hold even when low-volume physicians wish to participate in the MIPS. CMS estimates that only 37% of the clinicians who bill Medicare will be subject to the MIPS in the early years.

This is the first year when cost will be considered in physician reimbursement. The costs of physician care – defined as total per-patient cost and total spending related to a hospital admission – will determine 10% of a physician’s MIPS score in 2018 and 30% in 2019, although the budget bill passed in early February gives CMS the authority to stick with the 10% contribution until 2021 if it chooses.

In its June 2017 report to Congress MedPAC questioned whether the MIPS is actually useful in detecting high and low performance and whether it will help beneficiaries choose clinicians, help clinicians improve the value of their care, or help Medicare reward the clinicians who do improve value.3 The most serious problems raised were that the MIPS allows clinicians to choose the process measures used in assessing their performance and relies on physicians’ self-reports of their engagement in certain activities. MedPAC is also concerned about the reporting burden placed on clinicians and the costs imposed, which CMS estimates to be $1.3 billion.

MedPAC’s recommendation to Congress in its March 2018 report is to eliminate the MIPS and replace it with a “Voluntary Value Program.” Under the MedPAC proposal, physicians would have 2% of their fee-for-service payments withheld. To get the withheld money back, physicians would have to join an A-APM or be part of a (real or virtual) group that is evaluated on population-level performance measures such as mortality and readmission rates, potentially preventable admissions, and patient experience. MedPAC also proposes that the measures be based on claims, which would mean that the burden would be on CMS rather than clinicians to provide the relevant data. Clinicians who do not participate would lose the 2% that was withheld.

Most medical associations and the American Hospital Association agree that the MIPS has problems but want CMS to fix them rather than scrap the MIPS entirely and adopt a not-yet-fully-developed, untried alternative. Some physician organizations, such as the American Medical Association, would like Congress to give CMS the ability to slow down the full phase-in of the MIPS in 2019. MedPAC has taken the position that the MIPS is unfixable and should be replaced.

Although I agree with MedPAC about the problems it has identified, I am also concerned about the commission’s proposal. One concern is the lack of support from the various medical associations. In addition, with a closely divided Senate (the Republican majority is now at 51 to 49) and upcoming midterm elections in which Democrats hope to make major gains, only “must-pass” legislation – such as a budget bill and maybe an immigration bill – is likely to pass in 2018. Moreover, no one knows whether the MedPAC proposal will work or what unintended consequences are likely to result.

I have several suggestions. The first is that CMS use its Innovation Center (CMMI) to try out the MedPAC proposal as quickly as possible. A pilot program would provide real-world evidence as to whether this strategy is an improvement over the MIPS in terms of helping clinicians improve their practice and helping beneficiaries identify the health care organizations that offer better outcomes for their needs. It would also test whether CMS can perform the claims-payment and other analyses that would be required under the proposal. CMMI could also quickly start a test of a primary care APM that has been proposed by the American Academy of Family Physicians and recommended by the physician payment technical advisory group established by MACRA.

Physicians could be permitted to remain outside the MIPS or an A-APM without incurring a penalty for 2 more years, but since no MIPS alternative is currently ready for prime time, these physicians would not receive fee increases. Physicians who are ready to join an A-APM should be allowed to do so and receive the bonus. Meanwhile, more types of episodes of care ame
nable to bundled payment could be identified to serve as A-APMs.

The proliferation of quality measures is imposing substantial burdens on clinicians, and many of these measures are regarded as poor proxies for quality or as not reflecting what is important to patients. CMS could work with representatives of private payer organizations, clinicians, and consumers to develop a small set of metrics that better reflect outcomes and that matter to patients. All payers could then be encouraged to use this reduced set of metrics. 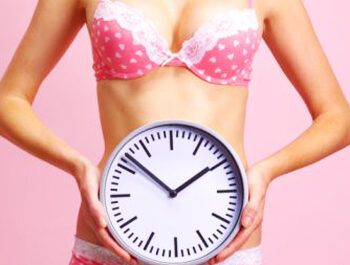 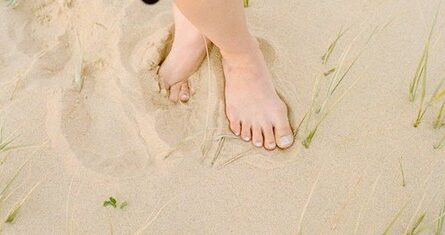