The definitive argument on why the legendary Patriots QB is the GOAT. 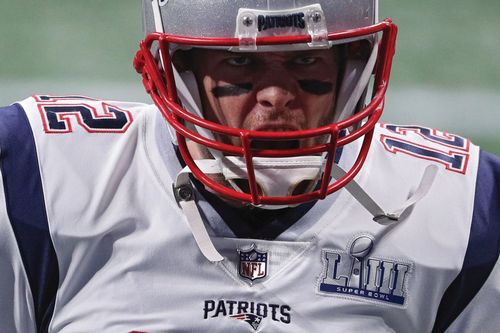 You could start the Legend of Tom Brady at any of several moments: replacing Drew Bledsoe on September 23, 2001, after a vicious hit crumbled the All Pro starting quarterback. Or the infamous Tuck Rule Game, when the Patriots somehow beat the seasoned Raiders in a white-out.

But for most of the world the Brady Experiment began on February 3, 2002, when a gangly backup QB led a perennially underachieving team to a most improbable place: Super Bowl XXXVI against the St. Louis Rams, fielding the most explosive offense the NFL had ever seen.

The “Greatest Show On Turf” were the biggest Super Bowl favorites in decades; Kurt Warner and Marshall Faulk hoisting their second Lombardi Trophy in three years was all but assumed. All that stood in their way were 60 minutes of football and a sixth-round draft pick.

That first Brady Super Bowl was ecstasy-inducing for perpetually forlorn New England fans, thrilling in a way that only the impossible can be. Bledsoe had just signed the richest contract in NFL history; many of us wanted coach Bill Belichick to hand him back the franchise, thinking the veteran offered a better chance of success. But Belichick saw something in that fresh-faced kid with the forgettable name.

When Adam Vinatieri’s kick sailed through the uprights with no time remaining to beat the shell-shocked Rams, the collective climax for Patriots fans worldwide was explosive. I remember watching that game from my friend’s couch in Los Angeles in 2002, and screaming so loud and jumping so high I almost popped an artery. 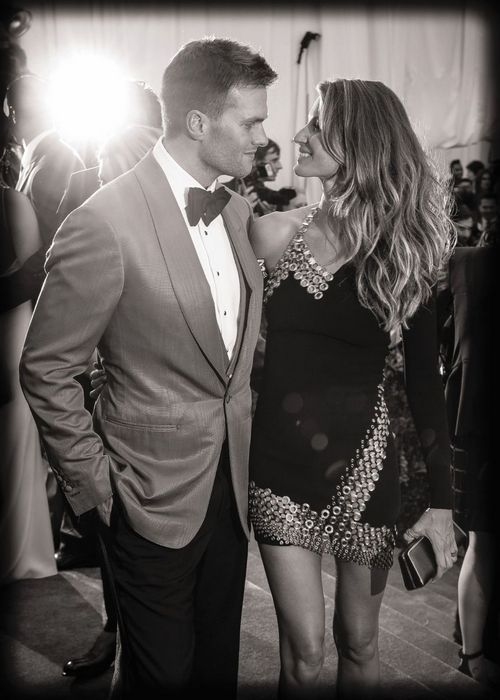 Many NFL fans don’t really recall the grassroots humility of Brady’s origin story. All someone born this century sees in the Golden Boy is every known trope of western success: the magazine covers, the Brazilian supermodel wife, the TAG Heuer ad with perfectly lit dimpled chin. The obscene fame and fortune. James Bond meets Bruce Wayne.

But for fans of a certain age – and actually from New England – that’s not what we see. We see just a guy few believed in. There’s a famous photo of Brady as a draftee: crooked posture, slight paunch, baby fat on his face and literally zero muscle definition. A hairless whelp, really.

When he hoisted that Lombardi Trophy in the Louisiana Superdome as the red, white and blue confetti fell like a blizzard, and clutched his disbelieving head in his hands, we all saw ourselves up there. If that hairless whelp could do it, hell, why couldn’t we?

That was 2002. When a band called Nickelback took over the airwaves with their first hit single. The iPhone wouldn’t be invented for another five years. 50 Cent was just two quarters. And for the next two decades, I along with every other now-middle-aged Boston guy followed his Hero’s Journey; we’ve watched as Brady ascended from the Everyman – a cast-off, really – into Tom Terrific. The Golden Boy. Touchdown Tommy. The GOAT. It was never supposed to happen. And yet it did.

American football will break a human being. Literally. So will Father Time. Not to mention the crucible of sports media. Yet all these seismic forces have yet to break one Thomas Edward Patrick Brady Jr. Not that they haven’t tried, mind you. Guys like Suh, Freeney, Watt, Campbell, et al. have done their best – rushing their locomotive frames at him with the intent of snapping the man in the half. Lucky for Tom, his excellence was never predicated on athleticism.

It’s not a stretch to say the Golden Boy is one of the least athletic non-kickers to start on an NFL team. Not only does he lack fleet feet, but his long bomb has never been his weapon of choice. So even though age has eroded some of his throwing distance and accuracy, what Brady has gained in reading defenses and mental acuity has so far held up his half of the equation.

Last year he was voted not only MVP of the league but also the NFL’s Best Player by colleagues. Knowing Brady, the latter brings more satisfaction. Of course we all know what happened since that fateful Super Bowl in New Orleans. Under Brady’s leadership the Patriots cemented the singular dynasty of the 21st century. He’s the only player in the history of the NFL who needs both hands to wear all his rings. All this in a league 100% architected for parity.

Sure there’s been plenty of gut-wrenching lows, too. Truth is, I’m a realist – the Patriots under Brady could as easily be 9-0 in Super Bowl appearances as 0-9. But the mountain of records, the absurd statistics, and the unparalleled ring count are not really the point.

Not for me, anyway. What amazes me most in my decades of watching Brady is his grace under pressure. Yes I mean that literally: how he seems to have an innate sonar, shuffling his feet only a couple of inches to dodge the assault of a 300-lb. lineman, freeing just enough time to whizz a chain-moving pass to Gronk, or Edelman, or Troy Brown.

But more importantly, I mean that figuratively: how he’s managed to handle the Sisyphean burden of American Superstardom. I’m not sure if there’s an American athlete this century more over-analyzed and under-appreciated. And through it all, Brady has remained poised. His beautiful family is happy and intact. He has yet to demand a trade, send a crazy tweet, act like a diva or utter a word that damaged locker room morale.

After victory he spreads praise to all his players, and when he has lost – even when career, legacy and future were in peril – he’s never thrown teammates under the bus, taking full responsibility on his shoulders. Perhaps most forgotten, he has continuously left money on the table so management could field a competitive team around him.

Brady was the 21st highest paid QB in 2018 – falling under such prolific Hall of Famers as Jimmy Garoppolo (eight career wins), Ryan Tannehill (zero postseason victories) and Blake Bortles (most interceptions since being drafted in 2014). Humility, sacrifice, gratitude. What more could we ask from our superstars? 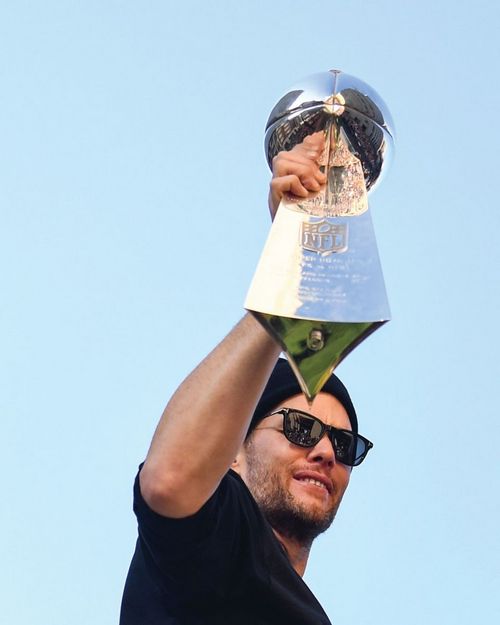 Maybe he’s got one good year left in him. Maybe he’s got five. But there’s no question we’re nearing the end of one of the greatest careers in American sports history, and it’s only right we see Brady in the proper light. I’m not gonna lie: after watching the harrowing rollercoaster ride of this past Patriots season, I was not expecting to see Tommy Boy on the field in Atlanta.

And yet, there he was again: facing the Rams in the deep south, again, battling a better statistical team, again. And there he was when the turf settled, again, hoisting the Lombardi Trophy for the sixth time as red, white and blue confetti fell on him like a blizzard. Only this time he didn’t clutch his head in disbelief.

Instead, there was only relief. A weird, zen calmness. That once-hairless whelp had done it. Again. He started this classic hero’s journey as an Everyman, but he has become Legend. Some might say Tom’s reign of terror might finally be over, that this last hurrah against the Rams was his awkward off-key swan song. Personally I doubt it, but maybe I just don’t want to admit it.

Maybe watching Tom Brady’s career end isn’t just painful because my autumn Sundays will no longer be (almost) guaranteed to end in happiness – perhaps it’s because for a lot of fans of a certain age, we see our own mortality in him walking into the sunset. It has been a great two decades being a Patriots fan, and really an NFL fan in general.

So I’m just going to sit back and enjoy the show.

Where to Eat, Stay and Play in Dubai