Jay-Ann Lopez is the founder of online community Black Girl Gamers, a safe space for women of colour who feel otherwise excluded from the world of gaming.

The community is helping each other share strategies for overcoming online hate, and has since amassed 20k followers on Twitter and 10k followers on Amazon’s live-streaming platform, Twitch.

“I was about 7 years old when my uncles bought me my first console; a Nintendo,” Jay-Ann says. “I used to play Super Mario all the time, then I got Gameboys and a PlayStation 1, and moved on to games like Crash Bandicoot and Tomb Raider. When my mum used to present on the radio on the weekends, I would play Doom on the PCs in the studio so I wouldn’t get bored – and my love for gaming kept growing.”

For Jay-Ann and so many others, it’s a form of escapism – immersing yourself completely in fantasy worlds – that is beneficial to mental health. “Gaming is full of worlds made in other people’s imaginations and exploring the stories of those worlds is such a great stress reliever,” she explains. Historically, video games get a bad rep with some experts claiming they incite violence, but there’s a growing body of evidence showing gaming to have therapeutic benefits too.

It’s why, in the wake of the Coronavirus pandemic which has seen many of us self-isolating, social-distancing and spending far more time inside than normal looking for things to do – Jay-Ann is using the Black Girl Gamers community to bring people together and create a positive environment.

“As gamers, we’re sort of at an advantage as we know how to enjoy ourselves indoors,” Jay-Ann recently wrote on Twitter, “but for those, gamers or not, who suffer from mental illnesses and may be heavily impacted by staying inside – here are some games that will ease the mind.”

The thread recommends games such as The Sims, Animal Crossing and farming simulation game Stardew Valley, which has been cited in many recent articles as easing depression symptoms. ‘How Stardew Valley is literally curing my depression,’ reads one headline; ‘Stardew Valley isn’t just escapism, it made my life better,’ reads another.

Jay-Ann is also holding a wellness week on BGG’s Twitch channel, with each of the channel’s official streamers playing a relaxing, chilled game for their audience. But perhaps most importantly, Jay-Ann is proof that the gaming world can be a vital source of friendship and community – something the world really needs right now. 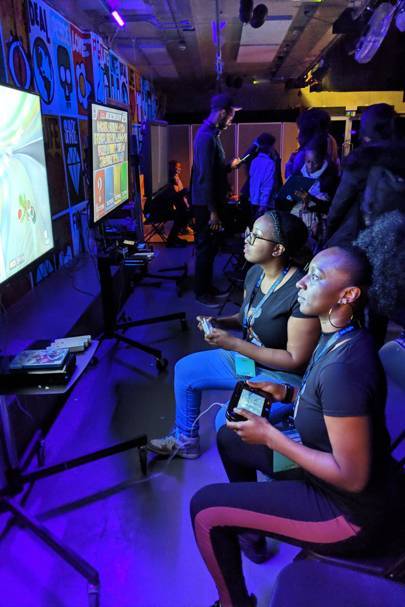 “The BGG community has given me friends from all over and a community of women like me, it’s been really wonderful,” Jay-Ann says. “People are very grateful for the space and the diversity within BGG too – it’s an inclusive community of age, gender and sexuality – we don’t just accept people on the premise that you’re a BGG, but also by the fact that you respect our rules, you’re a gamer and that black women are not a monolith.”

So, maybe now’s the time to fire up our old consoles or re-install those games on our PCs. We sense a severe Sims addiction coming on…

I fully immersed myself in the Mediterranean lifestyle