Beauty addicts, listen up: there’s a brand new skincare ingredient on the block.

Mugwort, otherwise known as Artemisia Vulgaris, is a root-based perennial plant that has been used by ancient cultures for centuries.

And if it sounds vaguely mythical to you, you’re spot on – the botanical name is derived from the Olympian goddess Artemis in Greek Mythology, guardian of the hunt, the moon and fertility.

It’s got a pretty rich history, dating back to the 5th century, when Anglo-Saxon tribes regarded mugwort as a sacred herb. Later on, the Romans planted mugwort on countryside paths to help travellers rest their weary feet. Look closely, and you’ll likely find it growing in hedgerows today.

Mugwort also came in handy throughout history when flavouring drinks – beer, specifically, before hops took over at the end of the 15th century. Traditionally, the plant was also used in a host of natural remedies to treat indigestion, boost blood circulation and relieve menstrual cramps – that’s where “vulgaris” comes in.

Nowadays, mugwort is increasingly cropping up in skincare products, especially in Korean beauty culture, where the powerful plant is being incorporated for its rich, radiance-boosting properties.

These K-beauty boxes are a skincare lover’s dream

How is Mugwort used?

When it comes to Mugwort, nothing is wasted. Every part of the plant can be used, from the flowering tops and leaves, down to the earthy roots.

It’s available in many different forms too, from nourishing creams and dried herbs, to smudge sticks, powders and teas.

Packed with high levels of antioxidants, the plant has multiple health benefits, and can alleviate everything from aching joints to digestive issues. It’s the incredible skincare benefits of mugwort that we’re going to focus on specifically though – more on that below.

How can it help the skin?

If there was ever a multi-tasking ingredient to banish your skincare woes, you can turn to mugwort.

Thanks to its anti-bacterial properties, it can be used to treat a host of skin complaints. Angry spots? Sensitive rashes? Persistent acne? A touch of mugwort could be the trick to battle your breakouts.

Harsh temperatures can wreak havoc with our complexions in the wintertime, and if you’re prone to dry, irritated skin, mugwort is a skin saviour. With extracts of Vitamin E that lock in moisture and strengthen the barrier, mugwort will restore the skin back to health.

And if you suffer from skin complaints such as eczema or psoriasis, the anti-inflammatory powers of mugwort can help soothe redness.

How can I incorporate mugwort into my skincare regime?

So, we know that mugwort is something of a skin superpower. But how exactly do you go about enriching your already-packed skincare routine?

As far as cleansing goes, there are many simple ways to integrate mugwort without having to undergo a radical beauty overhaul. Why not switch out your regular face wash for the Hanyul Pure Artemisia Deep Cleansing Oil, and follow up with the I’m From Mugwort Essence to soothe and hydrate the skin.

Happily, I’m From also stock a detoxifying Mugwort Mask, which is ideal for a self-care Sunday (complete with Netflix and a glass of red, of course).

And if you’re looking for a mugwort top-up to complete your three-step skincare routine, look to the Tatcha Enriching Renewal Cream, which is infused with the plant and is perfect to guard against the cold snap.

A-Z Of Skincare: Everything you need to know for flawless, healthy skin 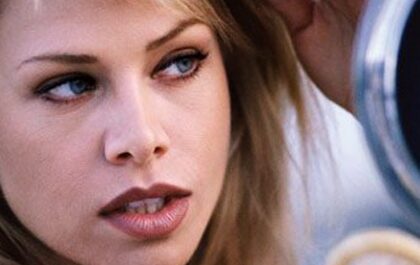 Why tests can do more harm than good for some women, says DR ELLIE CANNON

A bandage soaked in vinegar could help stop wound infections