After all, a seminal study in 2016 on this issue of “princess exposure” found that stereotypically “feminine” traits were magnified by girls who played with princess dolls and paraphernalia.

Whilst there was no damning negative evidence found from the exposure to tiaras, there was no general upturn in self esteem either. Interestingly, the opposite was true for boys who watched princess films. Their self esteem was shown to skyrocket, encouraged by the swashbuckling prince charming who saves the day.

We are all, by now, aware of the stark stereotypical differences often instilled in children at a pivotally young age. Boys with their fire trucks and superheroes, science kits and dynamism; girls with their pink princess dress.

We’ve long discussed how damaging these tropes can be, and especially how- for girls- we should be encouraging them to aspire to other role models. We want to tell them that science is cool, that being an engineer or a sportswoman is cool, we push other careers their way, besides princesses. 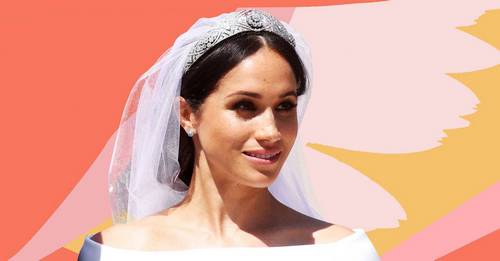 So far, so depressing.

Yet I would say that we don’t need to waste time distracting young girls from princesses with pink science kits or tales of real-life inspiring female role models. Just read them the papers, turn on the news; that’ll put them off being a princess for life.

You need only to delve into the tabloids or spend any elongated amount of time on twitter, to see just how unappealing being a princess in 2020 really is. Everything from your skirt length to whether or not you wear tights (and what denier) is dissected with a fine tooth comb.

What’s your hair like? Are you copying your sister in law? Should you be wearing that off-the-shoulder dress? Is that dress too expensive? Tax payers money!! Your body, your voice, your family, your autonomy- all of it is now public property.

Look at how Meghan Markle has been ravaged by the media; her every move, speech, heel choice and hat angle endlessly mocked, derided or debated. We tend to think that Kate gets off lightly, now she is firmly entrenched in the “good sister in law” mode. But let’s not forget when she was nicknamed “waity Katy,” when she was dogged by paparazzi even on her “break” from William, when her family was exposed and ridiculed for being too middle class for the royals.

They follow in the footsteps of Sophie, Duchess of Wessex, whose entrance into the family was met with scandal, controversy (she once was recorded slagging of HRH The Queen) and – yes- a merciless inspection of her fashion and appearance. Fergie suffered innumerable maulings by the media, especially after her public divorce from Andrew. And that’s even before we get to Diana…

All of these women were promised a fairytale ending. You marry the prince, everyone claps, hurrah- the end. Right? But for most of them, the wedding was merely the beginning of a new, harsher, harder, less forgiving life, where the walls closed in, the options limited and their lives were never the same again. It was the moment the gilded cage door slammed shut.

Sure, these women enjoy immense privilege. They live in palaces and have staff. They get lent designer clothes and don’t have to worry about getting furloughed, or where their next meal is coming from. But you can’t deny that, for all the trappings of royalty they enjoy, the trade off has been their freedom – freedom to make their own decisions in life, to wear tights or not. To decide their own skirt length, or whether they open their own car doors.

Little girls growing up today, do so with our generations at the helm; women who have enjoyed greater freedoms than their mothers and who want the same for their female progeny. In the midst of a climate of renewed feminist activism, a desire to be a princess feels oddly regressive. Because when you think about it, from the media hounding to the trolling, the job limitations and the constant scrutiny, who would want to be a princess anymore?

Honestly, it seems like a royal pain in the arse to me.

Why we should stop judging our viewing habits, and start celebrating the joyous work they do

The best zesty perfumes to welcome spring with a zing