“What do you mean you’ve never had a Hollywood?!” As my eyebrows furrowed, my two female friends squealed and went pale – one even pretended to barf.

Why is it that we go so far as getting into the doggy-style pose while a stranger lathers up our labia to get rid of hair?

From my early teens, it was made clear by girlfriends that I couldn’t possibly have sex with a boy with a bush. Not only was I growing humps on my chest, bleeding from an orifice, and getting unwanted attention from men – I had to worry about what I looked like under my frilly pants. 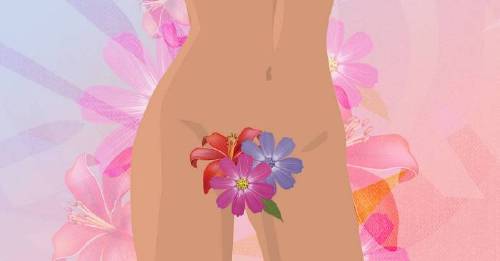 I can still remember ripping off my first ever wax strip – under the boggling eyes of my gay brother, of course. After I let out a Chewbacca-esque roar, my bikini line erupted into a garish purple splodge and started to bleed.

Still, I was desperate to be a Barbie doll like my friends. I begged my mum to take me to get my armpits waxed at 13. I wasn’t even wearing a bra under my Itchy and Scratchy top, I was that young.

I’d wobble about school trying not to scratch my bald, irritated vagina or pits that were breeding ingrown hairs.

And sex? Out of the question. The friction of stubble on stubble was too much to handle. The feeling of a man’s 5 o’clock shadow on my vagina was nauseating. Why was I so determined to shave for this?

No more beating around the bush, I was going to embrace the hot fuzz. But even now in my twenties, my friends still have a bad attitude to female hair. It was just last summer that I got berated for being a Hollywood virgin. And my friends seemingly cannot leave the house for a date (where sex is on the menu) without shaving first. As if they won’t be sexually attractive without being smooth everywhere.

My male friends have even spoken about their last lays with hushed tones if the lucky girl had pubic hair sprouting from her pants. It’s like these women are rare, shameful specimens.

There’s such a pressure on women to look a certain way, even where the sun don’t shine. Don’t even get me started on my upper lip or belly hair.

You might think pubes look icky but they do our body wonders – even during sex.

“Pubic hair serves as a protective barrier to the sensitive vaginal opening and actually helps to prevent things like potentially harmful bacteria from entering the body,” says the research team at female health app, Clue.

“People who do choose to remove their pubic hair also run the risk of injury. Wounds, abscesses, rashes and ingrown hairs are becoming more common.” Yeouch.

What’s more is pubes can trap our pheromone scent to boost sex appeal, too. In other words, it makes us smell good. Plus, it’s the perfect cushion for the pushin’.

Haven’t shaved your pits? Awesome. Your belly hair? So what. Legs, chin, moustache, toes… hair is normal – even in the weirdest places. It’s totally natural. Maybe it’s about time you started embracing the real you.

Show your guests some love with, these adorable decor ideas

The life-changing secret celebrities, use to stop foot pain will be out, in full force at the Oscars