It took some seconds for me to realise what this phrase meant and when I did, my chest sank slightly. I felt like all my hard work didn’t matter. It was that moment I was confronted with the reality that, as a black person in the UK, I’d always be evaluated by a code of difference.

Reluctant to respond, I pondered how this form of analysis was supposed to benefit me here – nearly ten years later, I’m still wondering.

An acronym for Black, Asian and Minority Ethnics, BAME as a term makes me uncomfortable. Used by the government to address ethnic minorities in the UK, it’s become a generalising phrase thrown at groups that don’t fit society’s ‘white standard’. With the rise of social unrest, protests and a pandemic this year, BAME has been uttered more frequently in British media and politics, offensively used as a herding reference positioning other races as ‘other’ – unworthy of being acknowledged individually, which is so dehumanising if you think about it.

I worked tirelessly at mastering the perfect cover letter after graduating university. So badly I wanted to impress potential employers with my educational accolades and work experience. I remember the accomplishment I felt uploading one particular draft for a trainee scheme after hours working on it, and how swiftly this feeling faded when asked on the next page – ‘Do you classify yourself part of the BAME community?’ 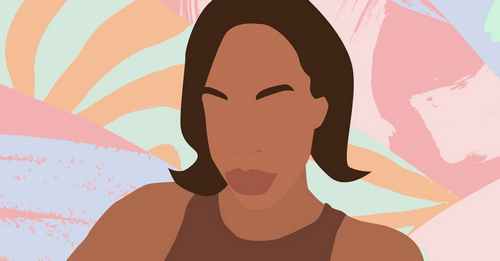 I’m not alone in feeling this. There are multiple petitions online wanting rid of the term BAME, ‘it’s totally meaningless and redundant,’ user Paul Halliday tweeted, ‘developed to gloss over systemic institutional racism and pretend things are moving forward, when in reality, things seem to be moving backwards.’ On September 4th, Inc Arts held a BAMEover panel surveying 1000 people’s thoughts on the use of BAME.

‘It has no specificity at all,’ playwright Deidan Williams of Caribbean-African descent said, ‘it shows how dismissive of our issues (society) is.’ Opposingly, while acknowledging the differences among races in the UK, British East Asian actress Lucy Sheen argued, ‘as a collective, our voices can unite…advocating for equality, inclusion and diversity in British culture.’

The term grew in prominence this year in wake of the Public Health England report that revealed in June 2020 BAME communities to be most vulnerable to Covid-19 – with black people diagnosed at a much higher rate. Matt Hancock hid behind the term in his response, masking over why this maybe so – one concerning factor being that black people make up the majority of the key worker population and therefore are at higher risk of infection.

Pages of further BAME analysis were also reportedly left out of the report disturbingly. Hancock offered no policy of protection for the communities affected, leaving me anxious over my family – in particular my mother who is a GP. BAME was used as lazy discourse at this point, repeated on the news like a broken record, with no actual solutions provided. I switched off eventually, unable to bear hearing my people referenced to so broadly under a term now tied to statistics of fallen figures.

The use of BAME as a collective term for the ethnic minority population in the UK, which according to the 2011 Census was 14% at 7.85 million, effectively causes the erasure of identities. My father, a Bajan immigrant who came to London in the ‘60s, has felt this after years being subjected to ethnic categorisation in the UK. “I don’t like it. (Minorites) are lumped into one group which is unfair, as we’re not given fair chances.” The individual issues black people have faced over generations in the UK have so many times been brushed over whenever BAME is used, which I’ve seen first-hand, leaving me so frustrated.

The only time black people’s specific mistreatment in this country has been widely addressed, was during the resurgence of the Black Lives Matter movement sparked by George Floyd’s murder by police.

Simplified terms like BAME had no place in this moment, working only to suppress the discriminatory behaviour black people experience in the UK. This is significantly evident in crime rates, with 2016 reports revealing black people to be criminalised at a disproportionately higher rate than other races, with black men greater than three times more likely to be arrested than white.

This discrimination is akin to the systematic oppression embedded in this country, trickling down to education. The student attainment gap among races is an issue university project #ClosingtheGap aims to combat, after reporting 68% of BAME students in 2017-2018 to have received a first or second-class degree compared to 81% of white students. BAME is used as an attainment measure in primary schools also.

“Staff use it to create positive outcomes for students – how effective this is, is a different story.” says primary schoolteacher Taja Essor. Working at a multicultural school in Tottenham, Essor sees first-hand how the phrase BAME is mishandled on the job, “Children of ethnic minorities aren’t reflected enough in the curriculum. BAME learners need to be more than just a buzzword that’s forgotten.” Essor also mentioned being the only black teacher in the school.

“This has been the case in 2 out of 3 schools I’ve worked.” This sounds accurate as according to 2018 reports, 86% of teachers that year were ‘White British’ and 93% headteachers, while the rest a tiny mix of ethnic minorities. Diverse change won’t occur in industries until percentages like these even out exponentially.

It’s time for a new appointment of social measure in this country that speaks for all communities equally. BAME provides no compassion towards ethnic minorities’ experiences and certainly doesn’t speak for mine. The term masks the identities of myself and so many others, which is why I fully support the movement to dismantle BAME for good. I’m sick of being categorised under a phrase that’s done little to improve the social standing of my community thus far. While I can appreciate that BAME brings up racial disparities existing within the UK, it far from paints the whole picture.

Want to take advantage of that stamp duty holiday?