A perfectly valid question, right? Matt Hancock responded by suggesting that she watch her tone – “I welcome the honourable lady to her post. I think she might do well to take a leaf out of the Shadow Secretary’s book in terms of tone”. Not only did he not answer her very important questions, Dr. Allin-Khan is working on the frontline and knows better than most what the reality is, he also acted in a way that’s seeped in microaggression and misogyny.
Dr. Rosena Allin-Khan has become a household name during the pandemic, as the Labour MP and Shadow Minister for Mental Health, she has been pushing Parliament to react more strategically and thoughtfully – becoming a strong voice for those who feel voiceless. Yesterday, she returned to parliament to ask Health Secretary Matt Hancock questions on the issue: “Does the health secretary acknowledge that many frontline workers feel that the government’s lack of testing has cost lives, and is responsible for many families being torn apart in grief?”

Rosena took to Twitter, defending herself saying: “I will respectfully challenge the Government – I want our country to succeed. However, I will not ‘watch my tone’ when dozens of NHS and care staff are dying unnecessarily.” With over 101k likes, she was flooded with support – and rightfully so – because, given we have the highest death toll in Europe, as of yesterday, one would hope the Health Secretary would be more concerned with that – than Dr Rosena’s tone.

God forbid a woman has an opinion a man disagrees with. For me, ‘watch your tone’ is code for ‘we’re afraid of you’.
In order to see this embed, you must give consent to Social Media cookies. Open my cookie preferences.

I will respectfully challenge the Government – I want our country to succeed.

However, I will not ‘watch my tone’ when dozens of NHS and care staff are dying unnecessarily.

A clip of my Q to the Health Sec today. pic.twitter.com/5jjQRXyIm3

Away from the pandemic, and the specifics of this incident, ‘watch your tone’ is a phrase most women have heard. It’s a phrase many men have probably used, but have never had directed at them. The undertones of telling a woman to watch their tone are sinister – it’s telling women to stay in their lane, know their place, and not rock the boat. God forbid a woman has an opinion a man disagrees with. For me, ‘watch your tone’ is code for ‘we’re afraid of you’.

We’ve seen it time and time again, especially in politics. A woman calmly and rightfully shares their opinion on a topic, and the man reacts as if the woman is over-emotional, out of line, and needs to change how they address them. A few weeks ago Trump told Yamiche Alcindor, a PBS NewsHour reporter, “Be nice. Don’t be threatening. Don’t be threatening. Be nice,” after she asked him to defend his statements about governors making requests for medical equipment like ventilators (which he believes they don’t need). Or when he told the CBS reporter, Weijia Jiang, to “just relax” and “keep your voice down” after she pressed him at the coronavirus task force briefing about his travel restrictions on China.

It’s worrying that even in a global pandemic, qualified women are dismissed by male politicians. I wonder if Matt Hancock has ever said, “Watch your tone” to a man? Somehow, I think not.

Despite us living in 2020, male voices (especially when white, cis, and upper-class) are still seen as the epitome of authority – a man isn’t told to watch their tone, because their tone is seen as the one everyone should be emulating and following. The subtle sexism women have to encounter, especially in the workplace, is shrugged off because ‘it’s not that deep’ – when actually, it’s part of a much larger patriarchal machine that, whether consciously or not, tries to keep women down. 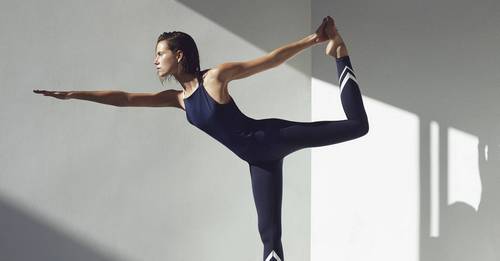 Why physical health is so essential to our mental health

Our expert weighs in on home remedies that work