Dogs are weird. Good. But weird. And while we still can’t be 100 percent certain about what’s going on in our fur baby’s heads (science still has a-ways to go before developing one of those translating collars like in Up), canine experts have a pretty good understanding of these odd yet common canine behaviors. 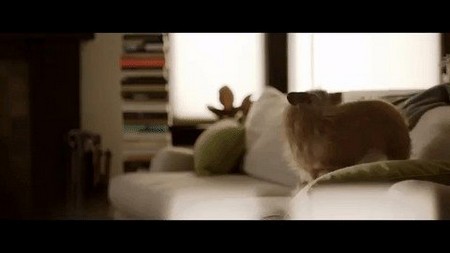 Dogs often start chasing their tails as puppies because they are confused: they don’t realize their tails are attached to their bodies, so they mistake it for a foreign creature stalking them. But because it is so adorable and hilarious to watch, we reinforce the behavior with laughter and attention.

This is why dogs will continue to chase their tails after reaching maturity.This is pretty harmless, however, if a mature dog starts chasing their tail out of nowhere, it could be a sign of fleas or other parasites infecting their coat. It could also be a sign of anxiety or OCD brought on by neglect or being kept in a confined space for too long. So make sure they get plenty of attention and outdoors time. 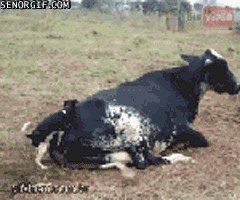 Dogs hump for numerous reasons. The first is to release sexual energy, but not because they are sexually attracted to you or your leg. They’ll just as easily hump a chair leg. It is simply them engaging in a primal urge.Dogs also hump to initiate play or because they are anxious, which is why females do it, too. It has long been believed that dogs hump to establish dominance, but dog behaviorists now generally believe that this is not the case. They observed that dogs who are friendly with one another (licking each other’s muzzles, playing) are more likely to hump one another than dog’s who are aggressive towards one another. 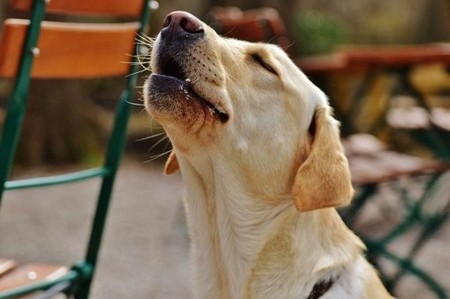 Wild dogs howl to mark their territory and tell the other members of the pack where they are. Domesticated dogs howling could be residual effects from when they roamed the forest as wild dogs, but experts believe there could be more to it.They say it is important to listen to what your dog is trying to tell you with its howl. Your dog could want attention, be injured, or simply mimicking a siren sound it hears.

Make sure you’re giving your dog plenty of attention, pets and walks. And make sure they don’t need to go to the vet. But if you pay plenty of attention to your dog and they are not injured, then WebMD suggests this technique to prevent rewarding your dog for the disruptive behavior:“Don’t look at him, touch him or speak to him. Don’t try to scold him either. Dogs, like kids, often find any attention rewarding – even if it’s negative attention. So scolding your dog might make his howling behavior worse! Just pretend your dog is invisible. If you find it difficult to do this, try folding your arms across your chest and turning away from him completely.” 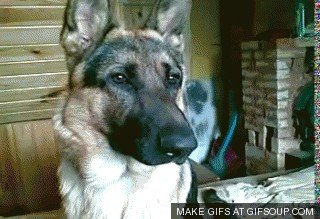 Often times, dogs will look at you inquisitively with that adorable head tilt. This is because they are trying to read you, but not in the way you may expect.Dogs are great at picking up our emotions and analyzing our facial expressions, a technique cultivated through over 10,000 years of domestication and living alongside humans. But as skilled as they are at reading us, most also have long muzzles that can obstruct their view. When a dog tilts his head, he is trying to see around his muzzle to get a better look at your face and read your expression. 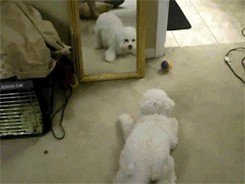 This one may not come as much of a surprise to you: your dog thinks its reflection is another dog. Most animals are incapable of recognizing a reflection is itself – humans can’t even figure it out until about two years old.Eventually, dogs are likely to stop barking at their reflection as they reach maturity. They lose interest due to the lack of interaction and smell cues. 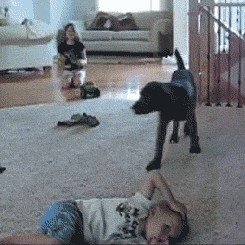 Sitting on Your Feet (or your Face)

The reason behind this is simple and adorable. Your dog is seeking safety and comfort in your touch. They’re down to cuddle no matter what. And when you’re taking them for a walk and they lean against you so much that you almost trip over them, know that it is because they just want some friendly scritches. 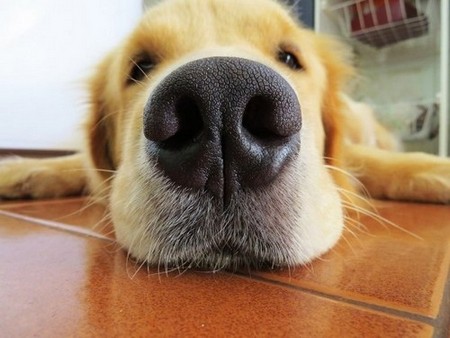 Walking in Circles Before Lying Down

This one is nothing more than a residual behavior hardwired into your dog’s brain by his wild dog ancestors. While your dog has a nice cushy bed (that he ignores to sleep on the hardwood floor or in your bed) wild dogs had to move aside sticks and rocks to nest themselves a spot to nap. Same reason your dog digs at the carpet or sofa. 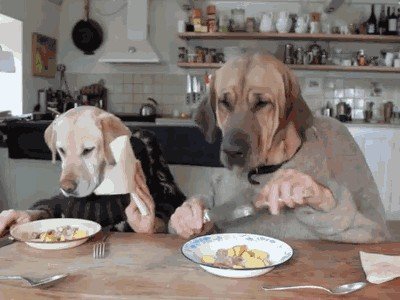 This is probably one of your dog’s nastier habits, but it is not at all uncommon for dogs to eat their own or other dog/animal poop. There are several reasons your dog may be eating stool.For one, female dogs will often eat the feces of their puppies to keep the nest clean. So your dog could just be fulfilling that urge to nest. Another reason is that dogs are scavengers.

They seek out smelly stuff and they eat it – they don’t think too hard about how unhygienic or disgusting it may be. Poop-eating could also be a means of getting attention (they know you’ll respond to it and they seek out any attention good or bad). Or even a learned habit from potty training: they were punished for pooping in the house, so they started eating it to hide the evidence.h/t urbo, dogtime, iheartdogs, cuteness, dogs naturally magazineCover photo via Lil Shepherd / Wikimedia Commons 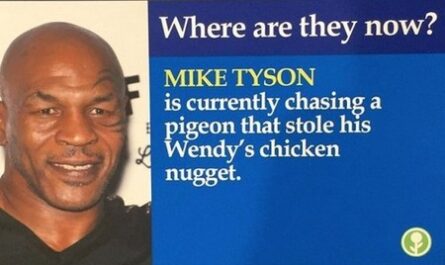 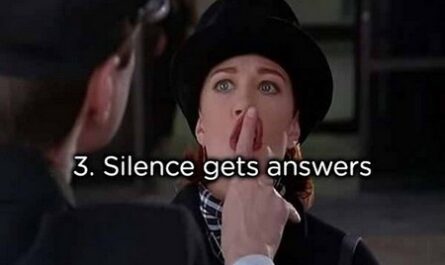