When the story broke, the media had a field day. It wasn’t so much a “gotchya” thing, but the fact that it was given such prominent placement in the news cycle that got me wondering, why do people care about this? Because I don’t.

I don’t care at all whether or not a celebrity –   or anyone for that matter – gets their nose or their boobs or any other kind of work done.

“Tyra Banks admits to having a nose job.” A few weeks ago, you could barely open a website without reading the news that in her new book, Perfect Is Boring, Tyra Banks copped to having her nose done. “I had bones in my nose that were growing and itching,” she wrote, per People. “I could breathe fine, but I added cosmetic surgery. I admit it! Fake hair, and I did my nose. I feel I have a responsibility to tell the truth.”

If anybody – famous or otherwise – wants to change a part of their face or body with surgery, that’s their business. In general, it’s easy to forget that celebrities are people, too, and that they exist IRL in addition to on our screens and in our tabloids. But just because someone is famous doesn’t mean they’re not allowed to have insecurities. Take the most recent season of Keeping Up With The Kardashians, for example, when Kim spends entire episodes stressing out about her body.

It’s not farfetched to think that someone who’s spent the majority of the last decade being called “fat” by strangers on the Internet might start to have some insecurities about it. The same goes for those who are constantly told their noses are too big or their boobs are too small or that they are anything less than physically perfect for whatever reason. Shaming anyone – celebrity or otherwise – for making a conscious decision to fix what they’re uncomfortable says a lot more about the one doing the shaming than it does about the one being shamed.

I’ve found myself in so many situations lately where I’ve lauded a celebrity as beautiful, and gotten an immediate response of, “well, she’s had work done.” It’s as if to say that the one thing, or the few things, that someone has changed is the entirety of what makes them beautiful. Strip that away, though, and there’s still a lot more beautiful stuff leftover.

Tyra Banks was actually the one who said it best: “Natural beauty is unfair,” she told People shortly after she took the story of her nose job public. “I get really uncomfortable when women who are these natural beauties judge anybody who does anything to themselves.” Why should anyone have the right to judge anyone else regarding the choices they make about their bodies? If Kim Kardashian’s ass or Kylie Jenner’s lips or Tyra Banks’ nose are, in fact, fake, why does it matter? Why is it so important that celebs, in particular, keep it real?

Aside from the fact that it’s their bodies and their business (tabloids and Instagram trolls, can you hear me?), these days it’s near impossible to take anything you see on the internet at face value, anyway. Every time any of the Kardashians upload a photo and the world calls them out for photoshopping, I roll my eyes. Because of course they edit their photos – and so does almost everyone else on the Internet.

It’s gotten to the point now that if you’re willing to believe everything you see from celebrities, it’s on you. It’s our job as consumers of celebrity culture to educate ourselves about what is real and what’s plastic (literally and metaphorically) and make the conscious decision not to compare ourselves. Instead of obsessing about who has changed whatever aspect of their bodies, why not focus on feeling good about our own, instead? Because as it turns out, the two don’t need to be mutually exclusive. 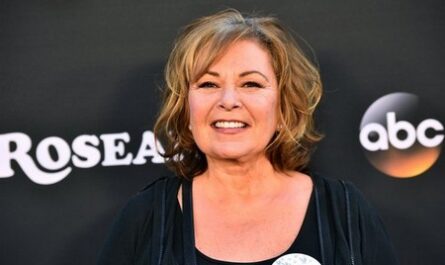