As millennials, we were born Europeans, we have spent our lives living in Europe, have lived and benefited from EU laws and restrictions- and 75% of us voted to remain. This is therefore gearing up to be one of the most seminal political shifts in our lifetime.

So, now that we really are staring down the barrel of Brexit’s long, drawn-out gun and the reality of this political headache reaches its zenith; how exactly will we fare in a post-Brexit Britain?

It’s been a hot minute since we waded through the economic and political maelstrom that is Brexit. But here we are again; months away from the final deadline, analysing exactly how consequential this EU Divorce saga will be.

It has long been particularly interesting to note how much Brexit will impact millennials- and millennial women especially- after all, what global catastrophe has *not* poorly affected women, eh? 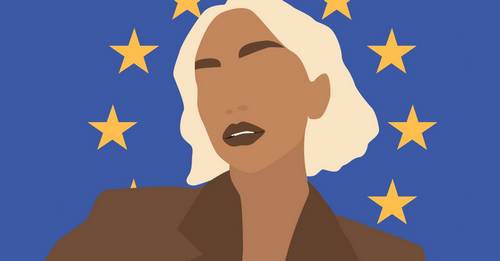 OK, so…catch us up…what’s going on with Brexit right now?

With a global pandemic swirling around us and an economic recession snapping at our ankles, it’s easy to lose track of where Brexit stands now. So, here’s a reminder.

Brexit officially happened on 31 January 2020 (remember January? Us neither…) Even so, we are still working out the kinks of our separation. So, it’s sort of like agreeing to divorce but arguing about who gets the kids.

At the moment, both sides still need to work out the rules for many facets of their agreement. These rules have to be negotiated and signed off by the EU and UK Parliaments by the end of the year and Boris Johnson says an agreement on trade must be done by 15 October – if the new relationship is going to be ready in time.

Technically speaking, we left with a deal on 31 January, but it was not a fully-fleshed out one. It was the Withdrawal Agreement, which began our current 11 month transition period, and basically only covered issues pertaining to how we would leave the EU, not about how the relationship would progress. That is what we are working out now, and if we don’t manage to iron out the kinks by 31 December we could face serious consequences in regard to trade (increased tariffs on UK goods etc) and an extremely problematic question on what happens to goods crossing between the UK and Northern Ireland.

To conclude: it’s all a bit of a headache really.

How has Covid affected Brexit?

Ah yes, the perfect storm of Brexit + a global pandemic. What could possibly go wrong? Well… a LOT.

Here’s what Fawcett Society Chief Executive, Sam Smethers has to say on the matter…

“In practice it will be difficult to disentangle the impact of Brexit from the legacy of covid. Both are hugely significant events with adverse consequences for the economy and life-changing implications for all of us,” she explains, “Travel to EU countries will be disrupted and will continue to be so long after Covid restrictions have gone.”

Sam is right. Covid and Brexit have become as symbiotically fused as those charger cables you left in your desk drawer. We are already suffering serious ramifications due to Covid, which such political structural change as Brexit, may only serve to exacerbate.

Mary-Ann Stephenson of the Women’s Budget Group thinks the future looks especially bleak if we get a ‘no deal’ Brexit at the end of this year.

“A ‘no deal’ Brexit, which is looking increasingly likely will have the biggest impact,” she says, “We are already facing a recession, and a dramatic increase in unemployment as a result of the Coronavirus pandemic. Brexit will make this situation worse – with some sectors of the economy hit by Covid-19 and others hit by Brexit.”

How will Brexit affect our jobs and the workplace?

The fact is, many of our workplace protections are derived from EU legislation, so there is a very real worry that these may be dismantled if we are not careful.

This is the concern of Sophie Walker, Chief Executive of Young Women’s Trust.

“Many UK employment rights, maternity rights and trafficking laws come from EU treaties and directives,” she says, “We’re really concerned that many of the hard-won protections for women that have been guaranteed by the EU are vulnerable to the whims of this Government and indeed future governments and could be traded away.”

“These rights won’t disappear overnight, because they are part of UK law, but EU law has acted as a backstop which has prevented UK Government’s from reducing these rights,” advises Mary-Ann Stephenson of the Women’s Budget Group , “With a likely recession as a result of Brexit and Covid-19 there is a risk that the Government may decide to reduce work-place rights in the name of ‘flexibility or ‘de-regulation’. The European Union Withdrawal Act grants Ministers wide-ranging powers to amend, repeal, or modify the effect of retained EU law and other domestic law, including to the Equality Act and employment law.”

Because what could be stripped away could prove exceptionally destructive for millennial women, particularly those about to start a family. Sam Smethers details how EU regulation was instrumental in pushing forward the agenda for improving paid leave for- not just mothers- but fathers too, and for part-time carers. Whilst Mandu Reid, leader of the Women’s Equality Party, sees the harsh treatment of pregnant women during Covid, as a damning indictment of things to come.

“Covid-19 has seen a spike in pregnancy and maternity discrimination cases as employers have looked to reduce their costs and made assumptions about women’s workforce particiaption,” she says, “It was EU law that progressed UK rights for pregnant women and mothers, and we must continue to heed existing law and strengthen women’s rights as we leave the EU project that had gender equality as a founding principle.”

Sam Smethers also sees Covid as a marker of dark times ahead for millennial women, noting how hard hit part-time work – done disproportionately by women- has been already- a trend that looks likely to continue post Brexit. The same is alarmingly the case for care work.

“Predictions suggest almost 400,000 EU/EEA care workers could leave the UK by 2024 – this work is likely to disproportionately fall to women as women are 4 times more likely to take up care responsibilities – we have already seen they are not valued as they should be and this will place an added burden on women.”

What about our finances? Will Brexit mess them up or improve them?

Sophie Walker believes that it will spell disaster for our millennial purses.

“A no deal Brexit would be disastrous for young women, who had already been hard hit by years of austerity politics, compounded by the ongoing impact of the coronavirus crisis,” she says, “Even before the coronavirus crisis, young women were ignored, undervalued and underpaid. Last year Young Women’s Trust research found that 40% of young women found it hard to make their cash last until the end of the month and one in four young mums skipped meals every day. We’re really concerned that Brexit, especially a no-deal Brexit, will provide a major economic shock to the UK, at the very time that the country is least able to deal with this – and that once again young women will bear the brunt.”

A shining light (yay, positivity!!) may be that property prices go down. Though- here comes that negativity again- banks and financial institutions may feel less confident lending to you in such uncertain financial climes. Especially if you are self-employed.

Mandu Reid sees this as an opportunity for us to really install structural changes for young women.

“As the generation that has already been through one recession, millennial women can ill afford to bear the brunt of another one,” she says, “The Women’s Equality party is calling for a care-led recovery to build back equal from the pandemic, and to lay solid social infrastructure as we ready ourselves for the additional shock of Brexit. This should be in the care sector, which yields 2.7 times the number of jobs as investing in construction (despite the ‘build build build’ rhetoric of Boris and his boys club). Not only will care boost the economy and create more jobs for women – and just as many jobs for men as construction would – it will also allow women, who shoulder the burden of unpaid care, to forge their own careers and build their own futures. We are calling for universal free childcare to be available for every parent from the end of parental leave, to give young families real choices. Add to that truly shared parental leave that enables millenial men to do the caring for children that we know they want to do, and we would free up a generation of women not just to survive Brexit, but to really thrive.”

What about Brexit’s impact on our health and wellbeing?

Health- though always a top priority- has never been more important than it has in our current pandemic existence.

Mary-Ann Stephenson feels this passionately, and worries about the very real long-term consequences of a Covid + Brexit double whammy to our health and wellbeing. Indeed, health unions have already warned that a no-deal Brexit could devastate our NHS. Something no amount of claps will be able to fix.

“The Government’s analysis has warned that the reliance of medicines and medical products’ supply chains on the short straits crossing make them particularly vulnerable to severe extended delays and that three-quarters of medicines come via the short straits,” she explains, “For women with cancer and on long-term medication delays and shortages will have serious and potentially fatal impacts. 80% of radioactive isotopes which are used in the diagnosis and treatment of cancers and a range of other conditions are imported, mainly from the EU. These cannot be stockpiled because they begin to decay as soon as they are produced.”

Of course, Brexit will have other nefarious effects on our wellbeing.

“There is also the risk of women escaping domestic abuse across EU borders that protection orders issued in one country will not be recognised in the UK and vice versa,” warns Sam Smethers, “ We won’t have the European Court of Justice to go to to resolve discrimination cases. Key points of progress in history have turned on European court judgements and UK courts won’t have to necessarily follow previous EU court rulings, so legal protections that have been established for years could be gradually unravelled.”

What lasting impact will Brexit have politically for millennial women?

“It is worth noting that during the Brexit debates, men dominated 72% of discussion, sidelining women,” observes Sam Smethers, “It’s important women’s voices are heard as loudly as men’s in any discussions over the future of the UK. Women need a seat at the table to make sure we are creating a future that is more equal.”

This desperate need may well fuel a new, more fervent political generation- something which, long term, could spell much more positive news for millennial women.

“We have also found that a growing number of young women are now identifying as feminists, want to be activists in their local communities and are rightly impatient for change,” says Sophie Walker of the Young Women’s Trust, “and politicians ignore these young women at their peril.”

Indeed, Mandu Reid believes our ever fluctuating times- from Covid to Brexit- could mean the beginning of real change for women.

“As a passionate remainer it is hard to face the reality of Brexit, but it is necessary,” she says, “What is not necessary, is the decline of hard won rights for women in the name of Brexit, and that is why as the Leader of the Women’s Equality Party I will be vigilant about the moves this government makes at every turn.”

Am I the only person feeling guilty about going out?