Because, as a lot of Asian people know – there’s no such thing as the “BAME experience”. For one thing, most Asian people don’t experience the same racism as black people.

Sure, we might have been called names at school, but – in my experience studying at Oxford several years ago, and in a number of corporate and public sector jobs since – it is not quite so rare to come across a “fellow Asian” as it is to come across a black person.

And of course, many Asian people have experiences with police brutality, but on the whole, they experience less than that of the black community – for example, Asian people are not ten times more likely to be stopped and searched by police than the average white person – as is the case for black people.

Because my parents are Sri Lankan, people often ask me about how my experience fits in with Black Lives Matter. Indeed, in the UK, Asian people in positions of power will often invoke their experiences to indicate they get Black Lives Matter; take recent statements from UK cabinet members Priti Patel and Rishi Sunak around their experiences of racism. In one sense, Asian people can probably relate to some aspects of the black experience; coming to this country, we too have felt under pressure to be a “good immigrant” – we might be accepted, but, it can sometimes feel conditional on us having a good job, keeping quiet and our head down. 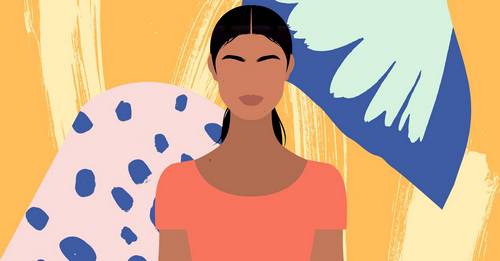 My parents moved to the UK around thirty years ago, and – apart from the fact there aren’t many black people in Sri Lanka (there were thought to be a few thousand Sri Lankans of African descent, at the last count) , there were hardly many more black people in the schools I went to in Essex – a fair amount of my knowledge probably came from untrue stereotypes about black people, voiced by teachers or even relatives.

And it was only in the years following university that I got to better understand what black friends and colleagues might experience, but also just how little I understood.

The other thing is that young Asian people know an all too uncomfortable paradox – that despite also being people of colour- the Asian community can be among the most racist towards black people.

Don’t get me wrong, Asian families are OK with black people like Obama or Lenny Henry – as long as, as the comedian Nish Kumar says, they stay “on screen”. But for the average south Asian family I can think of, bringing home a black guy or girl would be out of the question. In the case of one friend, she was almost disowned by her parents. Asian women with dark skin are called names, and have skin lightening creams pressed upon them by their aunties. Colourism is a profound issue in the Asian community.

In many Asian communities, there is an unspoken perception of inferiority to white people and superiority to black people, one that is truly problematic.

It is perhaps the feeling of being in the middle of this assumed hierarchy, that makes some Asian people feel insecure – although subconscious, the reasoning is “if we stand up for black people, won’t that mean white people will lump all us people of colour together – just like we’d been trying to avoid?”.

Because Asian people have done (comparatively) well in the West, it’s easier for older Asian people to suggest that black people should “get over” racism, and that disregard for black lives has arisen from black people’s own actions, rather than a complex set of socio-economic and historical factors

Young Asian people are up against a lot of entrenched beliefs, in trying to encourage their community to rally around Black Lives Matter. Many of us may be exhausted from being treated as a pariah by the community for having a white boyfriend or girlfriend – the battle to bring home a black partner may feel one too many. And, of course, a cause like Black Lives Matter is often felt to be anti-authority – not in line with the submissive values that can be encouraged in many Asian cultures – and which we may adhere to, to try and gain approval in Western countries.

But, like with everything around Black Lives Matter, young Asian people need to take on the tough stuff; explaining why our community’s beliefs are flawed, and challenging our parents’ and grandparents’ comments around black people. We need to stop striving towards “fair” skin as a beauty ideal (and Bollywood actresses would do better to stop promoting skin bleaching creams, than post on social media in support of Black Lives Matter).

Why? Because, apart from the fact Black Lives Matter is important in itself, Asian people have benefited far more from black people than they might realise.

The British Race Relations Acts of the 1960s, which paved the way for outlawing racial discrimination, were often driven by the actions and campaigns of black people – take for example the West Indian Development Council, who led the boycott of the Bristol Bus Company which had refused to employ black or Asian crews.

And of course, we know what happens when we believe another group’s fight for equality is “not our fight” – think of that famous poem by Martin Niemöller, the pastor who lived in Nazi Germany, and came to regret not speaking out against Hitler.

“First they came for the socialists, and I did not speak out – because I was not a socialist.

“Then they came for the Jews, and I did not speak out – because I was not a Jew.

“Then they came for me – and there was no one left to speak for me.”

We must speak up.

Some people shower for 30 minutes, others swear just 3 minutes is enough…