This can be everything from setting out what their relationship boundaries are, setting out what emotional support they do or don’t need and saying that yes maybe they DO want marriage and babies at some point to actually saying what they want sexually.

So why, when it comes to our love life, do we suddenly get so tongue tied?

Women are frequently told to fight for what we want at work; to push for that pay rise, to ask for that promotion, to lean in. 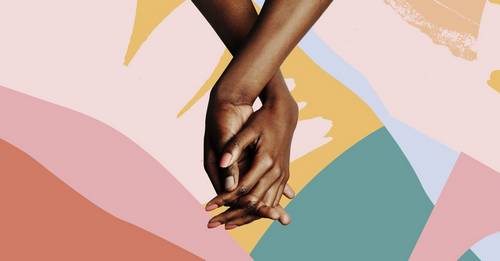 But do we ever really lean in when it comes to romantic relationships?

I always find it staggering how many women I know are powerhouses at work, are able to set out clear instructions to their teams and manage workflow and people like a total boss, but often fail to articulate exactly what they want or need in a relationship.

Holly Roberts, a counsellor at Relate, says much of this is down to where the power lies, or where we perceive it lies, in a relationship.

“This is particularly apparent when there’s a stereotypical breadwinner / home maker dynamic in a heterosexual relationship,” Holly explains, “Some women may hold back from asking for what they need if they’re financially relianton their partner and are concerned about upsetting the balance.”

There are knotty issues of power implicit in many relationships. Keeping the balance – whether it’s financial or not – is often what stops us from asking for what we want.

“Sometimes it comes from worries about losing existing security by asking for ‘too much’, Holly explains, “the way we’re socially conditioned as women can mean we sometimes struggle to be clear about our needs.”

Indeed, in heteronormative relationships, the power dynamic is really very often steeped in the vastly different ways that men and women have been socially conditioned.

Natasha Tiwani, an award-winning psychologist and CEO of The Veda Group, thinks it hugely informs the way we seem reluctant to set clear boundaries in a relationship, or to say something as simple as “no.”

“Creating deal breakers is a form of setting boundaries. Setting boundaries is important for psychological wellbeing, and yet so many women are not comfortable doing so, especially so when compared to men,” she explains, “This is not a biological difference; it’s rooted in how many women, as girls, internalised societal messages about how “good girls” behave, and so a lack of boundaries is in fact, a socially learned coping mechanism. Young girls are covertly conditioned to be more sensitive to others’ feelings, and so this is where this difficulty saying “no”, begins.”

A reluctance to not be the people pleaser or peacekeeper can often come to play here, but so also can negative stereotypes of women who ask for more. Our desires and a vocalisation of that has too often been demonised in women.

Cyran Field Bampton, an expert legal and corporate negotiator, has long believed we should be applying work negotiating tactics to our home life. She is also acutely aware of the reasons that we don’t.

“We try to be the ‘cool’ girl- we don’t want to seem overbearing, but at the same time, we don’t want to be single. It’s a bind!” she says, “We are in between a rock and a hard place and we are not getting what we want. You should be able to say what you want in a relationship.”

Frequently these discussions are about what each partner wants from life; where they want to live, what kind of life they want and yes- the big question many relationships falter around- are we going to get married and start a family. If that’s a deal breaker for you- however you answer that question- it needs to be addressed.

One of the most awkward conversations can, of course, be around what we want in bed.

“It’s a very tricky conversation to have,” agrees Holly Roberts, “but speaking up about sexual, romantic and psychological needs is so important for personal wellbeing and for relationships.”

So, how to approach these conversations?

“Before you go into any conversation, take your time and really assess what you want and understand it,” advises Cyran Field Bampton, “Reckon with your own reasoning- you need to know that you really want it. Like marriage for example, do you really want it or do you feel it’s something you have to do. Really understand why you want what you want.”

“The best way to approach these conversations is to be straightforward and honest, so that your partner knows what you want rather than risk them interpreting you incorrectly and getting it wrong,” agrees Holly Roberts, “Asking your partner to help you meet your needs can be really positive – they’re likely to feel included and useful, and will know what to do rather than feeling like they are always getting it wrong. Using phrases like ‘I want to help you understand what I need’ can lead to more collaborative conversations. Avoid giving a critical assessment of what your partner doesn’t do for you as this may put them on the defensive. In my experience, when my female clients make their needs known their relationships become stronger because it means both partners are nurturing each other.”

Some age-gap relationships aren’t steeped in misogyny, control and abuse of power 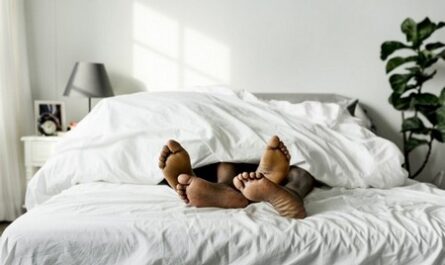