Last January, fuelled entirely by guilt, I joined a gym and hired a personal trainer, Pete. The yelp-inducing muscle soreness that followed each session eventually subsided as my body strengthened, and was replaced with a new feeling.

For over a decade, I’d been shouldering huge guilt for repeatedly trying and failing to stick to an exercise routine. At last – much like me – it was lifting.

The guilt had turned up and burrowed in so deeply because I didn’t have a bum like Emily Ratajkowski. Because I was bingeing on Jane The Virgin in the foetal position on my sofa most nights, not exercising life everyone on Instagram seemed to be. Because I was weak and fragile (Pete’s words): the perfect kidnap victim (my words).

A year on, I still don’t have Emily’s bum: no major shockers there. But the loss of that permanent guilt has become my unexpected, favourite ‘side-effect’ of exercising, even above the impact on my physical health. Not only that, it’s made me realise just how much chronic guilt I carry around with me on a daily basis, in every single area of my life.

Before I had my morning cuppa today, I’d been hit with that sickening swell of disappointment in myself an insane five times. Firstly, for snoozing my alarm for 10 minutes, then for taking in the miserable weather and considering walking to my office, not cycling. I then spent too long faffing with my makeup, noticed a pile of unwashed pots in the kitchen and realised I’d forgotten to text a friend yesterday after her baby shower. It wasn’t until I made a conscious effort to notice these feelings that I realised I was doing it so much.

Sapphire Bates is the founder of The Coven Girl Gang, an online membership and community platform for self-identifying females in business. Sapphire says she’s seen the subject of guilt come up a lot, “especially around taking time off or doing anything that isn’t related to their business. It was actually shocking to see how many of us seem so affected by it. I think it’s really detrimental to our well being and mental health.”

Speaking to Bates got me thinking about the people in my life, so I asked Do you feel guilty about stuff in your day-to-day life? via a Facebook poll. I’m shocked when 89% answer Yes, I can sometimes. Only four people – 11%- answer No, never.

Some leave comments underneath; “Where is the all day, everyday option?” writes one, to which another replies, “I agree there should be an all day everyday option.” In a DM, another friend tells me she felt guilty just a few minutes ago for eating a Dairylea bagel for breakfast and skipping the gym. “It’s exhausting,” she adds.

Clearly, then, I’m not alone. It seems that most of us are becoming so accustomed to feeling subpar to everyone else that we’ve stopped trying to resist it. It also seems that women are particularly susceptible, and it turns out research has backed that up.

“We live in a very gendered society and the expectations on women are far higher than those demanded of men,” Peter Kinderman, a Professor of Clinical Psychology at the University of Liverpool, tells me. “Women are also pressured to behave in, or refrain behaving in, certain ways and to be successful in all areas of life, from home to careers to children. So, for women, the emotional sanctions is they do fail (or feel that they have failed) are greater.”

I tell Kinderman about the guilt I feel, and specifically when I considered walking to work, not cycling. What is the solution?

“Guilt is regret without action. Turn the emotion of guilt into a more positive one,” he advises. “With Cognitive Behavioural Therapy (CBT), we teach patients that instead of just feeling the emotion, they should spot it and deal with it instead.

“Remember it as catch it, check it, change it. So, catch yourself when you start to feel guilty. Check it; ask yourself what am I thinking, saying or doing right now? Then take the opportunity to change it from a self-hatred for your errors to a chance to make a amends.”

So, while my 2018 resolution was to train my body, my 2019 resolution will be to train my mind to think this way. I still don’t know how to use that big scary TRX machine in the weights section properly and I’ve still got no idea how Emily does it. But I’m trying to remember that that’s okay. Because I also know that waking up to overwhelming guilt everyday is no way to live. 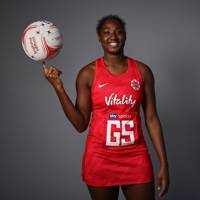