On Feb. 27, Brie Larson hit up the red carpet for the European Gala screening of her much-anticipated film Captain Marvel in London. During her blue carpet appearance, the 29-year-old actress was interviewed by an 8-year-old fan named Illy who was dressed adorably as a mini Captain Marvel. One clip captures a snippet of the sweet interaction. “Are you running the carpet tonight?” Brie asked the potential future journalist. The two then chatted before posing together for photos alongside other stars of the film and guests. 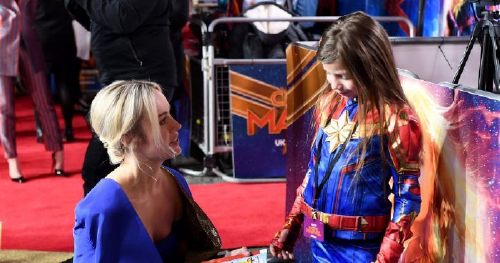 Illy had the opportunity to speak with both Brie and her costar Samuel L. Jackson thanks to an organization called The Female Lead. The nonprofit aims to bring awareness to the multifaceted experiences and narratives of women in pop culture while connecting girls and women of all ages together. The Female Lead posted about Illy’s moment with Brie on Instagram, writing, “Just two captain marvels. We arranged for 8 year old superstar Illie to meet her real life superhero @brielarson at the #captainmarvel premiere this evening!” Brie also talked about the young fan on Twitter, saying, “She’s my hero!”

At the event, Brie rocked a blue off-the-shoulder gown as she took pictures with other fans and headed into the screening. She has previously spoken about the feminist appeal of her superhero character. In December, she told POPSUGAR, “Whenever I feel nervous and scared, I feel like I can turn to her, and I feel like I got this. And that feels really awesome.” She also mentioned how important it was to have women working behind the scenes. “[The movie] was all written by women, and I didn’t realize how vital that is until I read it for the first time. I realized it changed the way I viewed myself.” Evidently, that impact permeated throughout the London screening. View more photos of Brie at premiere ahead! 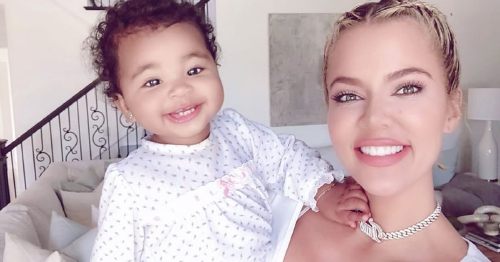 It May Seem Indulgent, but I Pay to Have My Car Cleaned Once a Month

My Kids Beg For the Hottest Toys Every Christmas . . . and Then Don’t Play With Them