What you may not know is that when done often enough and in a way that causes harm, these habits can actually be what experts call body-focused repetitive behaviours (or BFRBs).

If you don’t know that BFRBs are a thing, these behaviours might make you feel especially alone or ashamed, Nicholas C. Crimarco, Ph.D., clinical psychology instructor in the Division of Child and Adolescent Psychiatry at Columbia University, tells SELF.

Most important, you might not know help is out there. Which, FYI, it is! But more on that in a bit. Let’s start by going over the basics of BFRBs.

You’re not alone if you find some “bad” habit weirdly satisfying: freeing an ingrown hair, plucking a stray grey, popping a pimple, gnawing off a pesky hangnail, or whatever else you might do in the privacy of your home (and maybe other places, too) Even if you know it’s probably not the best for you, you might derive some satisfaction from this habit all the same. 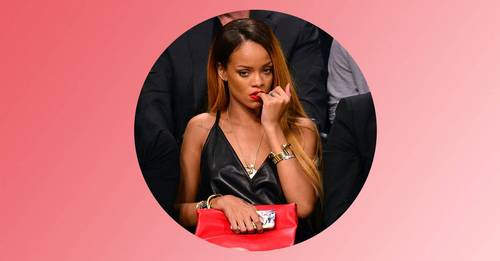 What exactly are body-focused repetitive behaviours?

Body-focused repetitive behaviours are disorders that make people touch their hair and/or bodies repeatedly in ways that cause physical damage and psychological distress, according to the TLC Foundation for Body-Focused Repetitive Behaviour’s, a research and education organisation.

BFRBs are categorised as “obsessive-compulsive and related disorders” in the fifth version of the Diagnostic and Statistical Manual of Mental Disorders (also known as the DSM-5), the classification and diagnostic tool of the American Psychiatric Association. But BFRBs and OCD have a few important differences that we’ll explore later.

The major BFRB conditions are:

Trichotillomania, also known as hair-pulling disorder
This is when people compulsively pull out hair from their scalps, eyelashes and eyebrows, pubic areas, or other parts of their bodies, according to the Mayo Clinic. While a habit of over plucking your eyebrows might lead to your brows looking more like cousins than sisters, someone with trichotillomania who pulls at their eyebrows is more likely to wind up with sparse, patchy brows. Trichotillomania doesn’t always lead to bald patches, though.

In fact, the diagnostic criteria for trichotillomania has loosened a little bit with the release of the DSM-5 in 2013. To be diagnosed, you used to need to cause visible hair loss, like bald patches. Since so many people go to great lengths to hide their hair loss or pull from parts of their bodies that they can cover easily, the DSM-5 changed that requirement. Now, trichotillomania is diagnosed in part by repetitive hair-pulling that results in hair loss along with multiple failed attempts to decrease or stop pulling. The hair-pulling can’t be related to any other mental or physical health condition.

Excoriation, also known as skin-picking disorder or dermatillomania
This is compulsive manipulation of the skin that leads to some sort of damage, like scarring, discolouration, or mutilation. One major diagnostic criterion is when a person has attempted repeatedly to stop the behaviour, according to the TLC Foundation for BFRBs.

Even though it’s also called skin-picking disorder, excoriation can also take the form of touching, rubbing, scratching, scraping, or digging into the skin anywhere on the body. Some people pick at acne, blemishes, dry or chapped skin, but others will focus on a spot that might otherwise seem pretty arbitrary. As with trichotillomania, these behaviours can’t be better explained by some other condition or disorder.

Other specified obsessive-compulsive and related disorders
This diagnosis accounts for compulsive behaviours that aren’t hair-pulling or skin-picking. “It’s an umbrella term for nail-biting, nail-picking, lip-biting, cheek-biting, lip-picking, skin-chewing, (and) any other kind of picking or biting behaviour,” clinical psychologist and member of the Scientific Advisory Board of the TLC Foundation for BFRBs Suzanne Mouton-Odum, Ph.D., tells SELF. Like trichotillomania and excoriation, physical damage and a person being unable to stop on their own are key markers of this condition.

In some cases, BFRBs can lead to further physical problems. For example, skin-pickers and nail-biters might leave themselves prone to infection, says Crimarco. And, in some cases, trichotillomania can have medical – not just aesthetic – side effects. According to the TLC Foundation for BFRBs, around 5 to 20 percent of people who have trichotillomania also swallow the hair, which in severe cases can result in serious intestinal blockage.

While the physical actions and repercussions involved can vary with different BFRBs, one overarching symptom is emotional distress or life impairment. Most people with BFRBs feel a strong sense of guilt and embarrassment around their behaviours, which can be almost as debilitating as the behaviours themselves, says Mouton-Odum.

On top of being isolating and awful to deal with, this shame can also interfere with a person’s life in a lot of ways, whether that’s personally, socially, academically, or professionally. Maybe you find yourself turning down invitations after going on a pulling spree that left you with half an eyebrow, you don’t date out of fear of judgement of your excoriation scars, or you shy away from work in the public eye that you might otherwise enjoy. If you sink a lot of time into the behaviour itself or on dealing with the damage – like applying makeup to cover up scars or styling your hair to hide bald spots – that’s another good indicator of a BFRB, says Crimarco.

BFRBs can contribute to other mental health conditions like depression and anxiety, the Mayo Clinic says, and many people with at least one BFRB engage in multiple picking or pulling behaviours.

The overall cause of BFRBs is unknown.

We don’t know a ton about what causes BFRBs, but according to experts, there seems to be a genetic component. (Plus, watching someone you’re close to engage in these behaviours might make you more likely to mimic them in some way.) “We regularly see BFRBs in the family members of people with a BFRB that we’re treating,” says Mouton-Odum. That said, it’s not always the same behaviour. Where you might be a hair-puller, your dad might be a nail-biter, or your mum might be a chronic pimple popper.

Beyond that, experts know more about what BFRBs are not. For example, they’re not an intentional form of self-harm, which is a complicated coping mechanism meant to purposefully to produce pain or discomfort. Unlike self-harm, BFRBs can actually feel pleasurable, says Mouton-Odum. That’s one of the things that distinguishes BFRBs from OCD, a condition marked by compulsive rituals and obsessions (which are persistent, unwanted, and intrusive thoughts often associating behaviours with preventing harm or danger). Many people with OCD loathe their compulsions, says Mouton-Odum, whereas people with BFRBs typically find some part of it soothing, enjoyable, entertaining, or otherwise pleasant.

Finally, BFRBs are not automatically a sign of trauma or abuse, says Mouton-Odum. While someone with a history of trauma or abuse might experience a BFRB disorder, there’s currently no known correlation between the two, according to the TLC Foundation for BFRBs.

BFRBs tend to happen in response to certain triggers.

In the absence of a known cause, mental health professionals tend to focus on what triggers a BFRB, which can inform treatment. Although specific triggers are not required for diagnosis, Mouton-Odum describes five main groups of triggers that BFRB patients typically report:

Sensory triggers: Any of the five senses – sight, smell, hearing, taste, and touch – might give you the urge to pull or pick. “You might see something that triggers it, like a grey hair or a blemish,” says Mouton-Odum. “You might feel something with your fingers, like a hair that feels different or out of place.” Smell, taste, and sound are also possible – like the sound you might hear when digging at your scalp – but those are less common, according to Mouton-Odum.

Cognitive triggers: These are thoughts or beliefs you have when engaging in your BFRB (or being about to), like, “I need to pull out my gray hairs so no one notices them,” or “If I pop this pimple, it will heal.” (These thoughts are a lot less intense than obsessions that come with OCD.)
Affective triggers: These are triggers of the emotional variety. According to Mouton-Odum, some people pick, pull, or perform another BFRB in response to feelings such as “anxiety, tension, fear, anger, or boredom, or to increase positive feelings such as gratification or relaxation.”

Motor triggers: This involves certain movements, postures, and unconscious behaviours that can kick off your BFRB. For example, maybe you typically rest your chin on your palm while working, which makes you more susceptible to noticing a rogue facial hair or zit.

Setting triggers: Finally, factors like where you are, what you’re doing, what time it is, and things in your environment could prompt you to engage in your BFRB. “For example, in the bathroom, late at night, by yourself, door locked, magnifying mirror, bright light, and tweezers,” says Mouton-Odum.

According to Crimarco, the go-to treatment for BFRBs is cognitive behavioural therapy (CBT), specifically habit reversal training, which involves helping a person to be aware of their habit and its triggers, as well as helping them to develop what experts call “competing responses” to replace the BFRB.

Through habit reversal training, you and a therapist can discover the underlying function of your BFRB (for example, if it’s a distraction from emotional triggers or maybe a response to boredom) and work to address the root of the issue.

If you’re trying to find a therapist for help with a BFRB, it’s worth taking the time to seek out someone who is familiar with treating these disorders in particular, says Crimarco. The TLC Foundation for Body-Focused Repetitive Behaviours has a list of TLC Professional Members who have identified themselves as mental health providers familiar with treating BFRBs, many of whom have completed the TLC’s Professional Training Institute. It’s not an exhaustive list, but it may be a good place to start if you’re looking for someone who has, at the very least, a professional interest in BFRBs.

For resources in the meantime, Mouton-Odum is the co-owner and lead developer of the interactive websites StopPulling.com and StopPicking.com, which are both full of helpful information.

Unlike for OCD, medication isn’t a go-to treatment for BFRBs. But depending on what usually triggers your behaviours or what other mental health disorders you may have, your doctor might suggest medication, too. For example, if the trigger for your skin-picking is feeling anxious, your doctor might prescribe an anti-anxiety medication to see if that helps reduce the picking behaviour.

Similarly, while BFRBs and OCD are separate disorders, some people with OCD deal with BFRBs and vice versa, so if someone takes medication for their OCD, it might also help reduce their BFRBs. What might work for you really depends on your specific situation, so talk to your doctor or therapist.
The most important thing to keep in mind is that you can seek help whenever you want, even if you don’t hit the official diagnostic criteria for a BFRB or if you worry your behaviour isn’t “bad enough.” If a habit is affecting you physically or getting in the way of how you live your life and you want help moving past it, professional help is out there.

“It’s always better to seek help for something you’re experiencing than it is to wait for it to get worse or to tell yourself you need to handle it on your own,” says Crimarco. “Too many people see BFRBs as a weakness or the result of lack of willpower, but we know (they’re conditions) in which people need to learn very specific strategies to manage them. That’s nothing to be ashamed about.”

What exactly are biologics for psoriasis?