Today’s children will face huge environmental challenges, from climate change to oceanic pollution. The International Union for Conservation of Nature, for instance, has noted that nearly one-quarter of mammals are globally threatened or extinct.

In Beasts at Bedtime, ecologist Liam Heneghan argues that books can help children deal with these grim eventualities.

Heneghan’s assertion is partly a response to the ‘No Child Left Inside’ movement, sparked by journalist Richard Louv’s 2005 Last Child in the Woods. Heneghan supports Louv’s aim of re-introducing today’s digital-drenched children to outdoor life. But he also believes that reading and being read to help children gain environmental literacy, enabling them to engage with nature in profound ways. To make his case, Heneghan discusses around 20 children’s books in detail, and analyses their environmental themes.

His focus is on classics such as Beatrix Potter’s Tale of Peter Rabbit (1902) and L. Frank Baum’s The Wonderful Wizard of Oz (1900): British and North American texts that have found a global readership. The selection is drawn from his experiences as a parent and reader, and from recommendations.

In lists provided by US professional teachers’ organization the National Education Association, for example, he finds that every book recommended for preschoolers is environmentally themed. Meanwhile, 60% of those recommended for 4- to 8-year-olds “feature animals or are in other ways concerned with nature”, as do 50% for 9- to 12-year-olds.

Heneghan structures his study according to the settings of the books he chooses: pastoral, wilderness, island and urban. Beasts at Bedtime thus feels more like a catalogue than an evolving argument; there is little sense of historical context or development. Heneghan fails to engage, for instance, with why animal stories of the late nineteenth century, such as Anna Sewell’s Black Beauty (1877) or Rudyard Kipling’s The Jungle Books (1894–95), became so popular in a time of urbanization and industrialization. Those trends removed people from daily contact with livestock and wild fauna, exoticizing them.

Heneghan’s analyses of individual books can be apt. In Ursula K. Le Guin’s Earthsea series – beginning with the 1968 A Wizard of Earthsea – he identifies a thread that runs through many fantasy works. He notes that “before extravagant quests, before dragons and gold, before strenuous heroism comes botany. Hobbits farm the Shire, Harry Potter visits the greenhouses with Professor Sprout, and Ged walks the mountains of Gont with Ogion the Silent, learning the uses of plants.”

Heneghan shows how Le Guin’s concept of magic and wisdom is tied to the capacity to name the natural world, as well as values such as balance, connectedness and responsibility – all fed by her feminism, Taoism and ecological leanings (see M. S. Barr Nature 555, 29; 2018). Although the theory of a “balance of nature” has been rejected by ecologists starting with Aldo Leopold in the 1920s, as Heneghan acknowledges, Le Guin’s ideas remain relevant in an era so marked by human disruption of natural systems that some dub it the Anthropocene.

Ultimately, however, the value of this book is limited by its narrow focus on classics. Twenty-first-century children’s books are represented only by J. K. Rowling’s Harry Potter series and Suzanne Collins’s Hunger Games trilogy. Yet hundreds of books over the past decade or so are relevant to his theme, from Michelle Paver’s Wolf Brother and Piers Torday’s The Last Wild to M. G. Leonard’s Beetle Boy.

Non-fiction is also regrettably omitted from Beasts at Bedtime, especially beautifully illustrated works for children such as last year’s The Lost Words by Robert Macfarlane and Jackie Morris. This book was sparked in part by a Science study finding that children identify Pokémon characters more readily than real flora and fauna (A. Balmford et al. Science 295, 2367; 2002). Macfarlane’s poems and Morris’s illustrations counter that loss of knowledge by helping children to identify plants and animals, from acorn to wren. Meanwhile, The Pebble In My Pocket (1996) and The Drop In My Drink (1998) by Meredith Hooper and Chris Coady have made Earth science and the water cycle accessible to young readers. It’s hard to imagine projects more relevant to Beasts at Bedtime.

These disappointments notwithstanding, Heneghan makes good use of two classics. He uses close readings of Antoine de Saint-Exupéry’s The Little Prince (1943) and The Lorax (1971) by Dr Seuss (pen name of Theodor Geisel) to suggest different approaches to environmentalism for children today.

Heneghan sees The Little Prince as “a complete guide to understanding our responsibilities in caring for the world”. Saint-Exupéry, an aviator in the Second World War, saw the conventional adult world as built on destructive human folly: illusions of control, narcissism and calculative thinking. Heneghan finds a powerful counterweight in the relationship between the Little Prince and the fox. As the fox tells the prince: “You become responsible, forever, for what you have tamed.” Thus, Heneghan identifies an ethic of human obligations towards the planet and its non-human denizens.

By contrast, he reads The Lorax as an anti-manifesto: a case study of how environmental advocacy can go wrong, with the Lorax as “a self-righteous, blustering, and ultimately failed environmentalist … hectoring, stigmatizing and shaming” the environmentally unenlightened Once-ler. The Lorax fails to find commonality with a potential conservation ally and engage them intellectually or emotionally.

That dual engagement is where children’s literature can play a decisive part. Story has the power to develop empathy and build knowledge, as well as nurture curiosity and imagination. Childhood reading is undeniably formative, and it’s refreshing to see it being taken seriously. Children’s books alone cannot save the natural world; but they can spark concern, teach the science and reveal strategies in ways both subtle and direct. 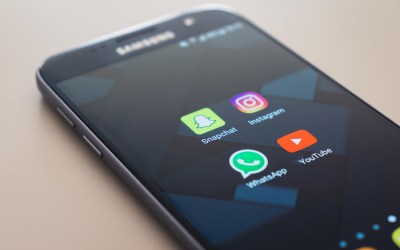 Does Snapchat Automatically Update Location on the Snapmap? 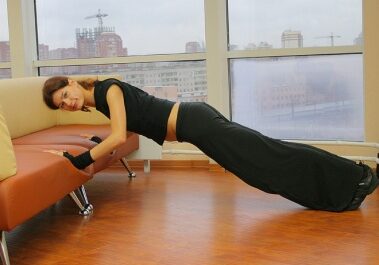 Science in North Korea: how easing the nuclear stand-off might bolster research