Pregnancy is an unsettling time for any woman – your hormones are raging, causing you to burst into tears at the drop of a hat, your body is changing (the sore boobs and pregnancy acne are real) and you generally feel crap, swinging from overwhelming nausea to bizarre cravings to mind-numbing exhaustion in the space of a few hours.

Throw in the fear that you could at any moment catch a life-threatening virus and it almost becomes too much to handle.

When those two pink lines first appeared on my pregnancy test on a frosty morning in December, I couldn’t believe my eyes. My husband and I had only just started trying – as a woman in my mid-thirties with Polycystic Ovary Syndrome I’d resigned myself to the fact that it might take us a while to conceive, so we were ecstatic when that turned out not to be the case. But in just a few short months that joy has largely been overtaken by anxiety, fear and uncertainty.

Up until earlier this week I had been fairly relaxed about coronavirus in relation to me as a pregnant woman. Yes, I knew it would be less than ideal if I caught it. And yes, I had been told by my midwife that, as a pregnant woman, I should be extra careful (apparently growing another tiny human can take quite a toll on your immune system, making you more susceptible to catching bugs and viruses).

But so far I had felt pretty healthy and as, I came out of the nausea-filled first trimester and entered my second trimester, I was starting to feel more like myself again. I had even managed to get through the entire winter without catching even the slightest sniffle, something I was inordinately smug about. 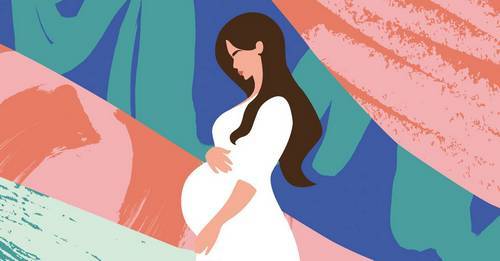 But when on Monday Boris Johnson announced that pregnant women should now join the over-70s and those with underlying health conditions in the most at risk category, that all changed. I went from feeling mildly apprehensive to all-out panic. Had they discovered something that suggested the virus really was more dangerous for pregnant women? Was there now proof that it could harm my unborn baby? Worst-case scenarios swirled through my head.

While Johnson did say there was limited evidence to suggest any coronavirus-related complications in pregnancy and that it was possible he was being overly cautious (with a pregnant fiancée back at Number 10, who could blame him), it did little to allay my fears. As the virus is so new there is very little data available about how it affects pregnant women and their babies. I had spent the last year meticulously avoiding any countries where I could possibly contract Zika virus – now there was an even deadlier one taking over my own country.

On top of the very real health worries, his statement also raised another concern: that of social distancing. The Prime Minister advised that all of those in the most at risk category should self-isolate wherever possible for up to three months. In pregnant lady terms, that’s a long time. At 18 weeks pregnant, it meant I could be almost eight months pregnant by the time I was able to socialise with friends and family again. I hadn’t even had the chance to tell some of my friends I was pregnant yet – now the next time I saw them I’d be almost ready to pop.

Luckily, as a freelance journalist, it’s fairly easy for me to stay at home and self-isolating is nothing new to me – I generally work from home and can easily go a couple of days without leaving the house even in normal circumstances. I can’t even imagine how scary it must be if you’re a pregnant woman for whom working from home simply isn’t an option, or if you have other children that you need to look after. But there are certain things I’ll need to leave the house for, like my antenatal appointments. While the Royal College of Midwives has stressed that pregnant women should still attend all of their regular appointments, I still panic that they might be called off. What if the hospitals are too overrun to admit anyone other than coronavirus patients? And is it even safe to go to hospital right now, which is likely to be full of patients battling the virus?

Then there are the antenatal classes. I’ve already signed up for a local group where I’ll learn things like how to feed the baby and what to expect from labour, but really I only signed up to meet women in my area who are having a baby at the same time as me. Will those be cancelled? Everyone says one of the toughest things about having a baby is the loneliness you feel at the beginning – how will I cope if I don’t have a Whatsapp group full of other women in the same boat to keep me going during the 3am feeds?

There are, of course, plenty of financial fears too. My husband and I have been squirrelling away money to prepare for the baby’s arrival and get ready for the fact that, as I’m self-employed, I will only receive statutory maternity pay when I go on leave. My husband is the main breadwinner in our household, but if the country goes into full lockdown like Italy, there is a very real possibility he will be forced to go onto statutory sick pay, which, at £94.25 per week, wouldn’t cover even half of our mortgage. We’re lucky enough to be in a position where we do have some savings, but hacking away at those mere months before the baby arrives was definitely not in our plans.

That said, it’s not all doom and gloom. Being pregnant is, above all, a hugely exciting time, and getting my daily app updates on the baby’s latest developments and size – currently equivalent to a sweet potato – are one of the main things making me smile at the moment. While I may not be able to physically see my friends we’re keeping in touch more than ever, with pals and relatives calling for daily check-ins and organising regular video calls – the other night I even had one over dinner to make up for a cancelled evening date, with all of us showing off what we were cooking (fajitas and green Thai curry, since you ask). And they’re still getting bump-watch updates, albeit virtually.

And then the other night, as I sat down to watch the news for the latest crisis update, something amazing happened. It was the tiniest feeling, barely perceptible, but definitely there: I felt the baby kick. And just like that I remembered that, ultimately, we have a lot more to be hopeful for than fearful about.

5 ingredients you should never put in your DIY skincare

This is exactly what your sleeping style reveals about your wellness