Here, Hila Karmand, a 35-year-old celebrity make-up artist who lives in London, shares her journey from Afghani refugee to British citizen – and explains how we can help Afghanistan’s women.

In the last week alone, Afghanistan’s capital Kabul has been rocked by devastating suicide bombers and scenes of heartbreaking chaos as people scramble to leave the city after the last of international troops withdraw. Thousands of Afghans have already been left displaced and in danger, with the expectation that women will suffer most under a totalitarian jihadist rule.

The explosion was louder this time, which meant the bombs were getting closer to our house in Kabul. My dad dragged me and my sister, literally from the backs of our shirts, down into our basement. That was the point he said: “We need to go. It’s no longer safe for us in Afghanistan.” I was three years old and had no idea I’d soon be separated from him for 16 years as my family became refugees.

After the suicide bomber terror attacks at Kabul Airport on August 26th, people are realising that just one week to evacuate all those people was never going to be enough time. And there’s already a steady stream of people heading for the borders on foot. But even though there are preparations being made in the UK for Afghan refugees, how are we going to protect those people left behind? 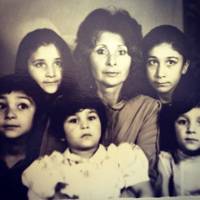 For me, it was a six-year journey to get to the UK. Soon after my father’s decision, we initially traveled in cars out of Kabul. Once our journey became unsafe, we traveled by foot until we reached the border and crossed into Pakistan. We lived there for several years – just my mum and four siblings and I all living in a small room with just one window.

I was small but already conscious that we were like aliens there, and felt unwanted. My mum was fearful about our future and she scraped together every penny until she could get us out of Pakistan.

I was eight when we landed at Heathrow Airport in 1994 and claimed asylum. We were in a detention center for two days, where I was asked why I’d come to the UK. I told the truth – I’d come for school and to be safe. My elder sisters were 15 and 16 then and although I was just eight, I knew if we were sent back to Afghanistan they would have been raped, killed or married off without their consent. I have female cousins in Kabul facing those fears right now.

The worst thing is, it’s young women and freedom fighters who are really going to suffer when they’re not willing to abide by the Taliban’s rules

After our identities were verified, we were moved to a London B&B called Thorncliffe Hotel. It was the first time we’d seen beds since we left Afghanistan. In Pakistan, all six of us slept on the floor. I remember jumping on that bed in joy.

We lived in that B&B for over two years, but at least we had three rooms for our family. That’s how long it took for my mum to get a National Insurance Number and then, with the help of a charity volunteer called Gloria, we got our first flat in west London.

My father didn’t make it to the UK with us initially. He was stranded without status in Europe after we got separated in Pakistan and we had to appeal for him to be allowed to join us in the UK, which took years. So it was just my mum caring for the five of us and working three jobs to keep a roof over our heads. 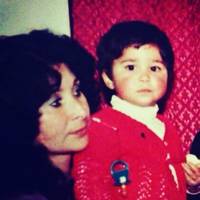 Although our mum had been a teacher in Afghanistan and we’d had a very comfortable life with servants, she now had to take any work she could. She cleaned houses, worked in a laundrette and prepped for a Persian supermarket that sold packets of chopped onions, garlic, leeks and peeled almonds.

She’d bring ingredients home to chop at night, sometimes with me helping. She was working so hard that when I’d finish school at 3:15pm, I’d take her trolley to do food shopping at a nearby market and then cook dinner for the family, so mum didn’t have to do anything once she got home. I was just 10, but there was little time for a normal childhood.

We were raised as proudly Muslim, but Afghanistan was never like what the Taliban have turned it into. They don’t represent my religion. Women there used to have a choice. My mother has never worn a hijab in her life. When she was young, she always wore big sunglasses, arms out, tight clothes – yet faced no judgement. Now there’s no choice in how you speak, walk, act or dress.

And it’s impacting all women there, including government representatives. A news anchor, Shabnam Dawran, recently went into work and was sent home with the warning: ‘If you come back, we’ll kill you.’ She spoke out on Instagram but I fear social platforms won’t be available there for much longer. A social blackout is highly likely, because that keeps the truth from coming out. Afghan women want their freedom just like we do in the UK, but now we need to be the voices for those women.

My siblings and I were always encouraged to pursue our education by our parents. I started working at 13 years old, fitting it around my studies. By the time I was at uni studying fine arts and art history, I was also working at the MAC counter in Selfridges. The moment I decided what career I wanted still makes me cry.

It was a scorching summer’s day and I had a customer who was clearly too hot wearing a wig. She confessed she had terminal cancer. I just asked her , “Why don’t you take the wig off?’ So she did. I dried the sweat from her head, then I drew flowers accented with glitter. She cried, I cried and the rest of the staff did, too. I hadn’t realised makeup could be so powerful in making someone feel good about themselves.

Not long after that, I was in the bathroom, when two American ladies started asking me loads of questions about my makeup. I asked them to meet me downstairs because I hadn’t started work yet. They came and I helped them. The next day they called the MAC counter, asking for ‘the little Mexican girl’ and describing my tattoos because they didn’t know my name, to see if I could do a freelance job for them.

I called back and went to the hotel address they gave me, where I did all these beautiful women’s makeup. At the end, Prince comes into the room – he was wearing Wheelies so he literally floated in – and he spins around and tells me this is the most feminine his band has ever looked. I did not have a clue I was with his band NPG.

After that, I toured with Prince and NPG. I was with them for over four years, including his famous 21 nights in London 02 residency in 2007. I also did his book launches and private shows. One year I bought him a video of a movie about an Afghan girl who conceals her identity, called Osama. It was only after he died that I found out he’d quietly helped fund a girl’s leadership program in Afghanistan.

I’ve had the chance to work as a make-up artist to some really impactful, courageous and smart women, including Jourdan Dunn, Naomi Campbell, Dina Asher-Smith and Cheryl Cole. 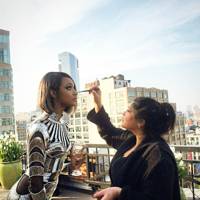 I’m grateful for my career journey and will always be thankful that I’ve learnt so much from each woman I’ve worked with. Not just how they like their makeup but also how they conduct themselves and their strength. As women, we all have to stick together, and fill each others’ cups.

For Afghan women who’ll be arriving in the UK now as refugees, they’ll be traumatised by travelling from danger on short notice, with few belongings and their lives turned upside down. Those who make it here will be figuring out how to rebuild their lives in a new country – and they won’t stop caring about the people who couldn’t get out, so neither should we.

I know firsthand what a difference it made to experience genuine support from people stepping up to help, both by donating and volunteering. When people look beyond the word ‘refugee’, I hope they see just people like me who have just as much value in our society.

Gwyneth is now selling a candle that smells like her orgasm, because of course

Movement not exercise is the A-lister’s new year health mantra, here’s how to do it